Why do guys like George Santos lie? I asked myself the same thing about my father

My dad never ran for Congress, but he did "embellish" his life story which got passed down to his kids when he died 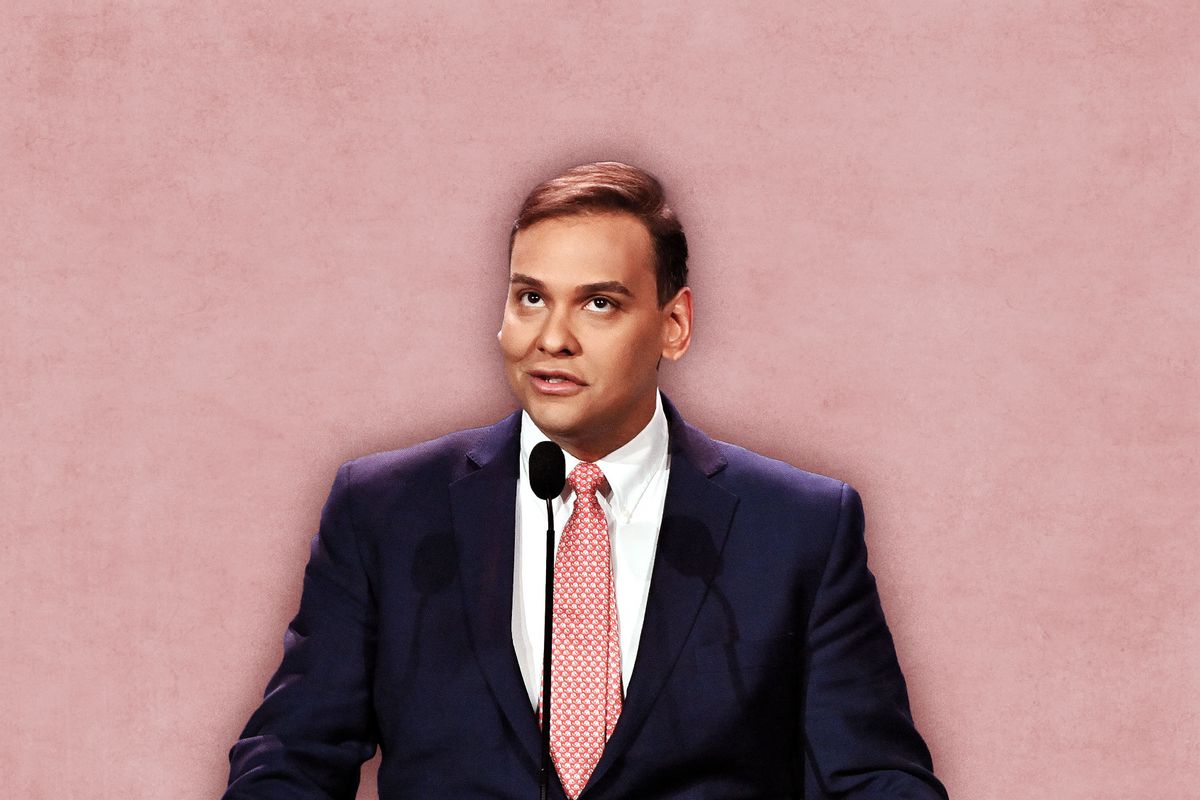 David Brooks isn't entirely wrong in his assessment of "The Sad Tales of George Santos," his latest column for the New York Times: "If you don't have a real story, you don't have a real self," is spot-on. But when he muses that Santos — the Republican congressman-elect from New York, whose many and convoluted fabrications about his life and career require the sort of murder-board treatment one usually needs to follow a years-long "Real Housewives" feud — feels different from earlier all-American identity scammers like (fictional) Jay Gatsby, he's wrong about why that is:

I wonder if the era of the short-attention spans and the online avatars is creating a new character type: the person who doesn't experience life as an accumulation over decades, but just as a series of disjointed performances in the here and now, with an echo of hollowness inside.

Santos isn't some new character in the drama. Sure, it's tempting to believe that every scammer (sorry, "embellisher") who manages to up the ante has reinvented the game — to do otherwise would be to suggest we don't learn from our gullibilities, and I'm sorry, but how rude — that the liars and grifters and opportunists making headlines today are somehow more special because we can live-tweet our outrage, then experience it again almost immediately in scripted form, starring our Hollywood faves. The details evolve with the times, sure. Sam Bankman-Fried's FTX scandal does sound shiny and new. But his knack for gaining people's financial trust also looks a lot like old-fashioned Bernie Madoff technique. It's the cryptocurrency trappings that are novel. Lies are as old as talking itself.

Of course it matters that George Santos reportedly claimed many things about himself that are turning out not to be true in his pursuit of elected office. We say we want our governing officials to be honest, but we also universally accept that politicians lie — that understanding made a president out of Donald Trump. What Santos apparently did was to push our tolerance for it until he found the limit, where his ambitions met his ability to bluff around them. That's as much a collective failure as it is a personal one; there are surely many reasons why the fact-checking of his résumé became national news only after he was elected, but none of them point to Santos being unusually skilled at smooth talk. His damage control interviews are a mess. He does not appear to be a master of disguise or a supervillain. He's a guy who exploited our scattered attention span just long enough to rise to prominence.

Now Santos is trying to bluster his way through this scandal, claiming it's all a bit of harmless fudging, everyone does it, stop nitpicking him already! (Just like everyone cheats on their taxes, right, so why the big fuss over Trump's?) Meanwhile, as new revelations are reported every day, the conversation also turns to why he did it.

Most people aren't 100 percent honest every day of their lives. But most don't fabricate parts of their life story and repeat them until they maybe almost believe the stories themselves. Yet enough of them do that it's not super-rare. My father did. And discovering, decades after his death, that significant points in his life I had been told about were basically fairy tales he had passed down was a disorienting and disillusioning experience. I asked myself the same questions about my father I'm now hearing people ask about Santos: Why did he do it, and how did he get away with it for as long as he did? And what did it say about the people in his life, including me, who believed his lies uncritically?

My father died when I was five years old, and my mother — who married him when she was a 15-year-old runaway living as an adult in 1970s New York City, and he was a 36-year-old recovering heroin addict with a checkered past — kept his memory alive for us kids, including retelling the stories he told her about his life before they met. He was already an adult by the year she was born, after all.

Married at 15, or How he met my mother

My mother had created her own fake identity to disguise her age and origins, and one thing that helped her in that effort was the basic credulity of an analog world. My mother, as a teenager, extended the man she fell in love with the same grace she wanted from the world — tell me who you are, and that's who you'll be. She knew he had lied to get at least one steady job, but that was a survival lie, a familiar thing to her — he had rent to pay for a Lower East Side apartment to share with his new wife, and later a baby. The lies that came out later are not as easily waved away.

Among other things, he told her he had been quarantined in hospital isolation, kept from his family for months, as a small child with smallpox — a lie. He never went to college, he said. Turns out he had enrolled for at least one semester, at least according to his military records, which he also lied about. And he left out a significant part of his history, a major lie of omission: He spent much of the decade before they met in and out of court-ordered drug rehab in Lexington, Kentucky's Narco Farm, after pleading guilty to a federal counterfeiting charge. Eventually, his habitual absconding put him in federal prison, where he served out the remainder of his sentence. Again and again, he lied to a series of judges about how he would dedicate himself to rehab if given another chance, and he was given several.

These are just the lies I uncovered in the research for my book, "Runaway: Notes on the Myths That Made Me." When I shared the paperwork with my mother, she was taken aback by his fabrications. I was mostly embarrassed that I had believed without question stories that barely stood up to scrutiny as soon as I decided I needed to look closer.

My father never ran for Congress. His lies didn't do much beyond helping create a warped understanding of who he was in my young, impressionable heart, which I carried forward into adult life. He's not alive for me to ask — he's buried in the congressional district adjacent to the one that just elected George Santos — about so many things I wish he could explain. (I wrote a book instead.) What I learned from writing my family's story is that most of us are eager to embrace a narrative, especially from men, that rhymes with our expectations, hopes and desires. That's one way guys like George Santos, like my father, get away with bullshitting for as long as they do — often, they're not doing anything more than telling people a story they want to hear.

As for me, I wanted to believe in a tight narrative, a trauma plot even, for my father — the childhood illness and isolation, the life or death of military action, all of it contributing to wounds his drug and alcohol abuse sought to soothe, which overshadowed his ability to be a full, present adult for my mother when he learned how old she really was. Which kept him from declining to move forward in a relationship with a teenage girl that I can see from here was wrong from the start. Which contributed to the anger issues that made him violent toward my mother. Which overshadowed his ability to stay sober for us later, which led to his untimely death. That was a story I told myself, too. How much time and energy we spend trying to explain the man who has done wrong, a new story to serve as a charm to ward off future harms. The truth is much more mundane, ultimately rooted in little more than a nagging entitlement to a different life he could never create for himself.

Entitlement is also likely a key to understanding Santos. Actually getting the degree, building the businesses, working on the straight and narrow and painstakingly raising lots of money to run for Congress? That's a sucker's game, guys like him figure. It could be as simple as this: He wanted power — or fame, or at least something his life hadn't given him so far — and saw a possible shortcut to it.

Yes, we tell ourselves — you thought you were getting out of here without hearing this one again! — stories in order to live. But sometimes we are tired or lazy or disengaged or deluded or dishonest or wistful enough to let other people do the job for us.

A political campaign is about telling a story, and Santos believed he had crafted a winner: An educated, wealthy businessman and animal rescuer, an openly gay Latino Jewish conservative who feels perfectly at home in today's GOP, who has been personally affected by gun violence and the Holocaust, selflessly dedicates himself to defending American freedom against the threat of socialism and flips a Democratic seat. There's entitlement to go around once we start asking why so many people apparently went along with every twist in his ever-shifting narrative. Some people just want to be told a good story, no matter how much of it turns out to have been a fantasy all along.

about the implosion of George Santos