With the House in the hands of the moonbats, time for Senate Democrats to step up 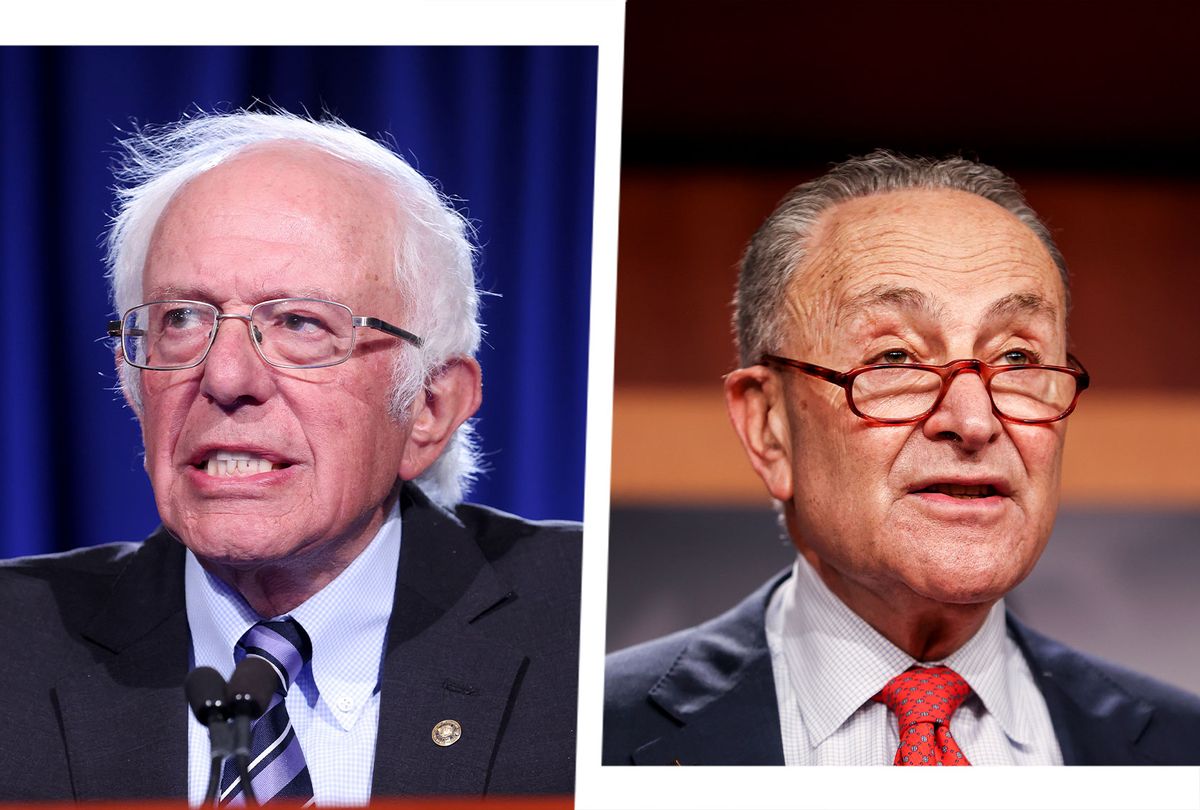 Last Friday night and into the wee hours of Saturday morning, sleepless souls around the nation suffered through the spectacle of sad-sack Kevin McCarthy finally capturing his Holy Grail, the speakership of the House of Representatives. It was a uniquely unedifying spectacle. By the end it became downright uncomfortable watching McCarthy ritually humiliated hour after hour by members of his own party before they finally deigned to give him the gavel he has so desperately coveted for so long.

But then, this is a common practice among Republicans these days. Just look at the way former President Trump treated his own vice president, Mike Pence, a man who ostentatiously abased himself for four long years only to be thrown to a slavering mob (at least metaphorically) when he refused to obstruct the peaceful transfer of power. Like McCarthy, Pence also keeps coming back for more, and apparently plans to launch an extremely quest for the presidential nomination in a party that holds him in total contempt.

As Salon's Amanda Marcotte writes on Monday morning, the Republican display over the past week was only a preview of what's likely to come. As she puts it, "House Republicans are going to spend the next two years using taxpayer money to wage war on not just democracy, but truth itself." Even without the side deals McCarthy made with the 20 insurrectionist Republicans who opposed him through most of 15 ballots, the GOP majority was poised to produce a two-year spectacle designed to leave the nation reeling and disoriented, unable to discern fact from fiction, overwhelmed by the magnitude of lies, propaganda and disinformation emanating from a dozen different "investigations."

It's not yet clear exactly what has been promised in McCarthy's various under-the-table deals but we've heard in the last few days that Rep. Marjorie Taylor Greene, R-Ga., has received assurances about some kind of investigation into former Speaker Nancy Pelosi and the Justice Department over the treatment of Jan. 6 prisoners. (What Pelosi has to do with that so-called issue is a mystery.) We've also learned that Rep. Jim Jordan, R-Ohio, will head a new "Church Committee" to conduct yet another investigation of the investigators. Rep. Paul Gosar, R-Ariz., says the GOP will investigate Gen. Mark Milley, chairman of the Joint Chiefs of Staff, for his alleged "sell-out" to China. That's just for starters.

These insurrectionists are so intent upon wreaking revenge for the Democrats' attempts to exert some oversight of Trump's chaotic four years as president that it's fair to assume they will go to lengths we haven't seen in many years. They could even deploy the congressional "inherent contempt" power, not used since 1935, in which the House sergeant at arms is sent to detain any subpoena violators who claim executive privilege or who resist appearing before a congressional tribunal for some other reason. Don't think it couldn't happen.

As I and others have warned, the biggest threat from this Republican majority may involve a hostage situation regarding necessary legislation to keep the government funded and functioning. It appears that McCarthy has given away so many of the speaker's powers that the Freedom Caucus will be able to insist on massive spending cuts to offset raising the debt ceiling. That silly and unnecessary exercise will likely cause havoc in the economy just as it's righting itself from the dislocations caused by the pandemic. These Republicans are fine with that. They believe they'll be able to blame the Biden administration if the economy crashes, and they're downright excited about the possibility of slashing aid to Ukraine while also gutting discretionary spending that has provided crucial support to the American people. Their demands will also require cuts to Social Security and Medicare — which of course would be hugely unpopular, so they're simply lying and saying they won't.

It does appear that the GOP's slim margin in the House will present some possibilities to head that off by using "discharge petitions," which take a lot of time. But if the Democrats and a handful of relatively sane Republicans play their cards right, it might just work:

That's not the only card the Democrats have to play. It seems the Republicans, basking in the glow of their overwhelming five-seat majority, have forgotten that there's another house of Congress on the other side of the building. The Democrats now control the Senate with an actual majority rather than the previous 50-50 split, which means they control the subpoena power within committees. And as Politico reports, Senate Democrats are gearing up for investigations of their own "as a counterpoint to House GOP probes of Hunter Biden's business dealings and the Biden administration's withdrawal from Afghanistan."

Basking in the glow of their overwhelming five-seat majority, Republicans seem to have forgotten there's another house of Congress, where Democrats will run the show.

The Jan. 6 investigation in the House was thorough and has now been handed off to the Department of Justice. But there were plenty of loose ends that the Senate may now pick up. Since McCarthy and House Republicans have vowed to rescind the funding for additional IRS personnel, a good hard look at Donald Trump's recently-released tax returns would be a perfect jumping-off point for a Senate probe of why wealthy people like him never seem to pay their fair share of taxes. It would be very informative to learn more about the IRS failure to conduct the required audits of Trump's returns while he was president, and why the agency didn't bother to allocate adequate resources to that task when they finally got around to it.

It might also be useful to learn more about all that foreign money that flowed directly into Trump's pockets during his presidency, especially now that he's supposedly running for president again.

Since the Republicans are determined to pursue allegations of corruption against Hunter Biden, it would be irresponsible not to take a look at the $2 billion payoff to Trump son-in-law and former White House adviser Jared Kushner from a Saudi sovereign wealth fund, which came  just a few months after he left the Trump administration. Even the Saudi fund's due diligence committee thought that deal stunk to high heaven. They found that Kushner and his newly formed private equity company was "inexperience[d]," that their own fund would be responsible for "the bulk of the investment and risk," that Kushner's fees were "excessive," and that his firm's operations were "unsatisfactory in all aspects." That seems like something the Senate could take a look at.

Politico also notes that the Senate Judiciary Committee might like to learn more about some of the Justice Department decisions made during the Trump administration, and could call former Attorneys General Bill Barr and Jeff Sessions to testify. There's plenty to chew on there.

Those are just a few of the investigations Democrats in the Senate might take up over the next two years. They won't be as flamboyantly stupid as the House investigations, of course. There's no point in trying to out-clown the circus. But it would be foolish to let Republicans believe they get to control the narrative in D.C. because they won a narrow majority in one house of Congress. Kevin McCarthy may be at the mercy of the GOP's insurrection caucus, but Democrats don't have to be.

about the post-Trump Republican Party