With the new Congress convening, these MAGA diehards and election deniers are key to the fragile GOP majority 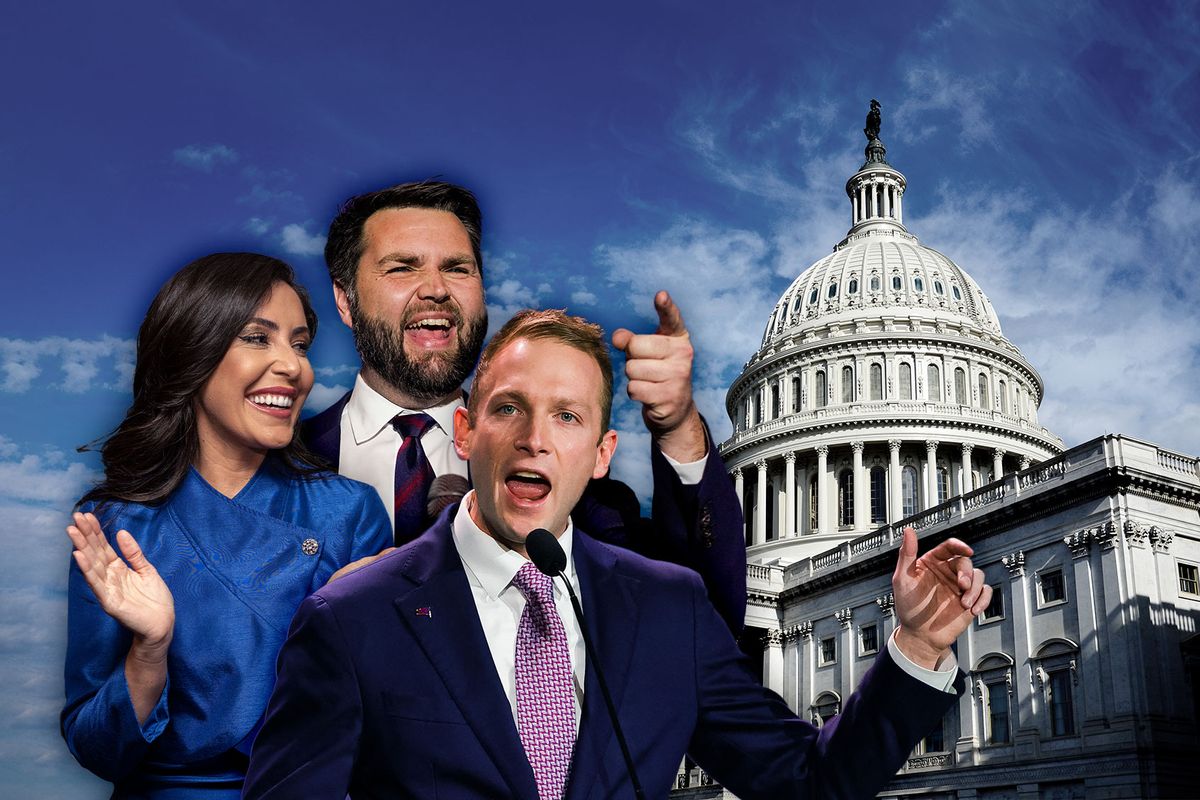 Trumpist election deniers were soundly defeated in competitive midterm races this year, for the most part. But there's no shortage of far-right MAGA diehards who are joining Congress this week, mostly elected from safe Republican districts and states.

While the midterm elections served as a sweeping repudiation of fringe Trump-backed candidates in many swing states and purple districts, Rep. Marjorie Taylor Greene's 21-point re-election victory in her rural district in northwestern Georgia makes clear that Trumpism is still alive and well in deep-red areas. House Republican Leader Kevin McCarthy predicted a "red wave" that never reached shore — and it's still not entirely clear that McCarthy can get himself elected speaker on Tuesday. Even so, there are 48 new Republicans entering Congress, at least half of whom count as election deniers.

Republicans have already vowed to put far-right lawmakers like Greene and Rep. Paul Gosar of Arizona back on key committees and to launch aggressive investigations into the Biden administration and his family. McCarthy will need the most extreme Republican members in order to pass any legislation, and given the GOP's slim margin, his speakership (assuming he gets there) will be subject to their whims. Here are six new Republicans to watch in 2023.

Miller, 34, is a former White House aide who helped Trump plan his Jan. 6 rally at the Ellipse ahead of the Capitol riot. He  replaces Rep. Anthony Gonzalez, one of the 10 House Republicans who voted to impeach Trump after the attack. A "scion of one the Cleveland area's wealthiest, most prominent, most powerful families," according to Politico, Miller was the first person endorsed by Trump this cycle.

Longtime associates told the outlet that they recall Miller having an "anger problem" and being "very scary." Others described him to the outlet as "abrasive" and "volatile." The report cited Miller's long criminal history, which included charges of assault, disorderly conduct and alcohol-related offenses, which were ultimately dismissed. Former Trump press secretary Stephanie Grisham, Miller's ex-girlfriend, last year accused Miller of physical abuse. Miller denied the allegation and filed a defamation lawsuit against her.

2
Rep. Anna Paulina Luna, R-Fla.
Luna, 33, a conservative social media influencer and media personality who once worked for the far-right Turning Point USA, has repeatedly made false claims about the election. She has described herself as a "pro-life extremist" while cozying up to right-wingers like Steve Bannon and MyPillow CEO Mike Lindell. Luna campaigned with Greene and has already aligned herself with the House Freedom Caucus and members like Reps. Jim Jordan of Ohio, and Lauren Boebert of Colorado (who herself barely won re-election).
During the campaign appeared on a QAnon program, where she praised the hosts as "good conservative Republicans." Though she did not discuss QAnon directly, she pushed other conspiracy theories about Democrats controlling the media and trying to "fix the election." Luna in the past has defended Kyle Rittenhouse and Christian nationalism.
3
Rep. Derrick Van Orden, R-Wis.

Van Orden attended Trump's Jan. 6 rally and marched to the Capitol. He said he never entered the building even though a photo showed him smiling in an area of the Capitol grounds that was behind police lines. He allegedly funded his trip with thousands in campaign funds from his failed 2020 House bid. Van Orden supports a national ban on abortion, which he compared to genocide, and linked rising murder rates to women working outside the home. He is also the co-author of a male-oriented self-help volume called "Book of Man: A Navy SEAL's Guide to the Lost Art of Manhood."

Rep. Pramila Jayapal, D-Wash., the chair of the Congressional Progressive Caucus, called Van Orden's victory in Wisconsin's 3rd district (which was represented for the last 26 years by Democrat Ron Kind) "horrific and bone-chilling."

"It is very difficult to serve with people who took part in any way, shape or form in what happened on Jan. 6," she told the Washington Post. "There's a very physical reaction for many of us who were trapped there and who went through a lot of traumatic experiences."

Vance, the "Hillbilly Elegy" author and tech venture capitalist whose campaign was backed by millions from billionaire right-winger Peter Thiel, was once a harsh Trump critic before embracing MAGA and the former president once that became politically advantageous. Vance, who has claimed the 2020 election was stolen, has also supported the idea of a federal abortion ban and billions of dollars to finish Trump's border wall, and has promoted the "great replacement" theory popularized by right-wingers like Tucker Carlson and white nationalists.

More than most winning Republicans in 2022, Vance embraced culture-war issues, suggesting that women should stay in "violent" marriages to reduce divorce rates, tying undocumented immigrants to crime and decrying "wokeness."

Santos became a national celebrity of sorts weeks after winning election from a suburban district on Long Island, when the New York Times reported that his résumé appears to be entirely made up. He has subsequently admitted that he never  worked at Citigroup and Goldman Sachs, as he claimed in campaign materials, and never graduated from Baruch College (or any other college). But the fictions didn't stop there. He also repeatedly claimed that his grandparents were Jewish and had fled the Holocaust in Europe, that he had attended an exclusive prep school in the Bronx, that he had founded an animal-welfare charity and that his family was wealthy and owned numerous real estate properties. None of those things appear to be true either.

Santos is now under investigation by local and state officials in New York, and also in his native Brazil, where he was accused of check fraud in 2008, shortly before moving to the United States. It's unclear how he was able to lend himself large sums of money to run a lavishly-funded congressional campaign, since he was sued for minor personal debts at least twice in recent years and the company he claims to work for has no known clients.

Santos also attended Trump's Jan. 6 rally denying the 2020 election and later claimed he "wrote a nice check" to help the rioters with their legal troubles. Though he condemned the riot, he said in an interview with Lara Trump that it "was the most amazing crowd, and the president was at his full awesomeness that day. It was a front-row spectacle for me. And despite everything everybody says, I think Donald Trump will not go away." He also specifically defended the Capitol rioters, saying, "Imagine "breaking into your own house and being charged for trespassing."

Collins, the son of a former congressman, appeared in a campaign video posted to Twitter carrying an assault rifle and falsely claiming that Trump won Georgia in 2020. He has also spoken in defense of the Capitol rioters, comparing them to "political prisoners." Collins, who is set to join the far-right Freedom Caucus, has complained that McCarthy and other establishment Republicans are not conservative enough and has vowed to "make a great teammate" for Greene.

Collins' office will reportedly be headed by Brandon Phillips, who resigned in 2016 as Trump's Georgia campaign chief after it was reported that he had been previously arrested for battery. WXIA reported that Phillips had "attacked" a man and slashed his tires, causing "visible bodily harm" and "cuts and bruises to the head and torso," according to police. He was later arrested again after a woman said he pointed a gun at her head after she knocked on his door. Phillips was arrested again last month on a charge of animal cruelty after he allegedly kicked a woman's dog with his boot, causing a cut on the animal's stomach.