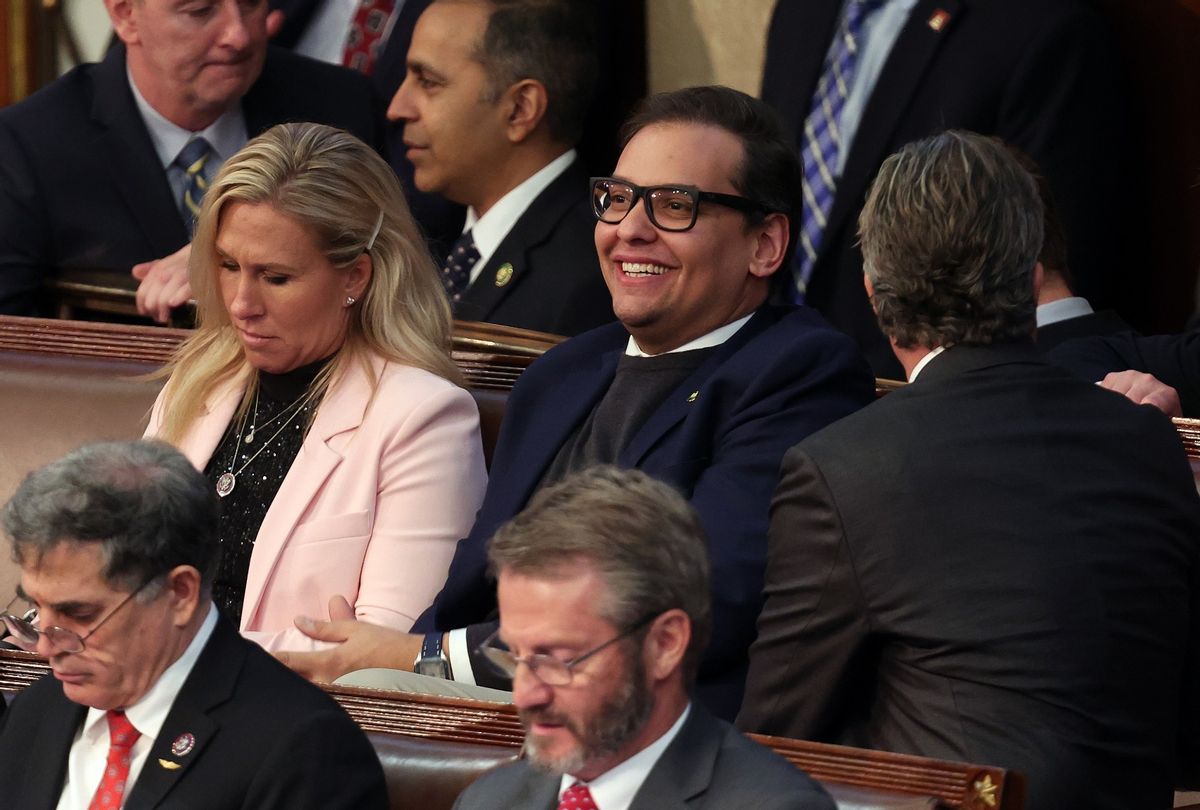 The House of Representatives on Monday passed a new set of rules that weaken the ability of the Office of Congressional Ethics to investigate ethics-related complaints about members of Congress.

"I think it's fantastic," Rep. George Santos, R-N.Y., told Insider in an interview on Monday.

The New York Republican, who was recently sworn into Congress, faced scrutiny for fabricating his educational and professional background and pushing out falsehoods about having Jewish heritage.

Reps. Ritchie Torres and Daniel Goldman, both Democrats of New York, will request the House ethics panel investigate whether Santos broke the Ethics in Government Act by failing to file timely and accurate financial disclosure reports, according to The New York Times.

"The House of Representatives has an obligation to police itself, and this is just the start of our mission to hold George Santos accountable to his constituents and the American people," Goldman said in a statement.

Multiple Democrats called for Santos to resign over his résumé fictions. The Times also uncovered omissions in his financial disclosures, which raised questions about his campaign expenses. He also faces multiple complaints to the Federal Election Commission.

"George Santos, by his own admission, is an outright fraud," Goldman said. "He has admitted that he didn't graduate college, didn't work on Wall Street or in private equity, doesn't own property, and isn't Jewish -- all of which he asserted in order to dupe the voters in Queens and Nassau County."

The Office of Congressional Ethics is an independent body, established in 2008, that investigates complaints about sitting members of Congress. It then determines whether certain allegations are worth investigating further and then refers them to the House Ethics Committee, which is divided evenly between Republicans and Democrats.

But the rules package put forward by House Speaker Kevin McCarthy, R-Calif., imposes term limits of eight years for the Office of Congressional Ethics' board members. Any board members who have exceeded those term limits would be removed.

This would force out three of four Democratic-appointed members, and restrict the board's ability to hire professional staff for the first 30 days of the new congressional session. This can undermine its investigative powers for at least the next two years, according to sources familiar with the matter, the Guardian reported.

The change came as four House Republicans, including McCarthy himself, were referred for a review by the Jan. 6 select committee for violating congressional ethics rules by defying subpoenas issued as part of the January 6 investigation, Politico reported last month.

"It's telling that the very first action of the incoming MAGA Republican-led House was to kneecap a bipartisan office that oversees congressional ethics," said Kyle Herrig, president of the watchdog group Accountable.US, in a statement to Common Dreams. "There's no good reason to make it easier for members to get away with ethics violations, which only invites problematic behavior. It sends a clear message that the MAGA House is more interested in sweeping any corruption amongst their ranks under the rug and performing political stunts against the Biden administration than they are doing anything constructive."

Sean Eldridge, the founder and president of Stand Up America, also criticized the House Republicans' actions of gutting the Office of Congressional Ethics.

"This kind of self-serving behavior is why many Americans have lost faith in politics," Eldridge told Common Dreams. "McCarthy and his fellow MAGA Republicans have sent a clear message about their priorities and who is actually in charge in the new House: corrupt politicians."