“No response”: Madison Cawthorn screws over his constituents one last time before moving to Florida 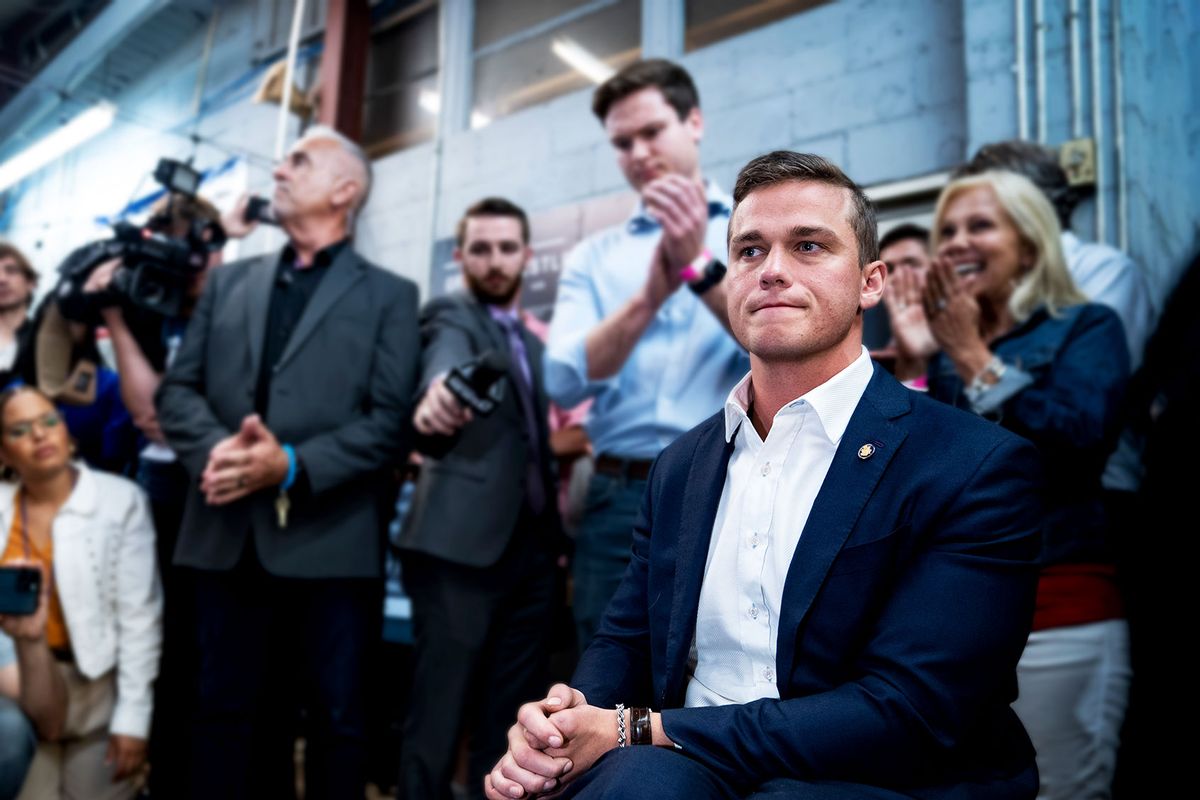 Rep. Madison Cawthorn, R-N.C., talks with reporters and supporters as results from the North Carolina primary election continue to report in at his campaign headquarters on Tuesday, May 17, 2022 in Hendersonville, NC. (Jabin Botsford/The Washington Post via Getty Images)
--

Cawthorn bought a $1.1 million house in Florida in August, months before finishing his lone two-year term. In an Instagram post, Cawthorn announced that he moved into the Cape Coral house on Jan. 4, just one day after his term officially ended.

According to a statement posted on Edwards' website, Cawthorn did not transfer official casework before leaving North Carolina, which goes against standard practice for legislative transition.

"Due to this lack of information, Congressman Edwards and his staff have no way of knowing which constituents had ongoing casework or other outstanding federal issues," the statement read. "Repeated attempts to reach Congressman Cawthorn and his staff were made over the past month, but no response or action was provided."

Cawthorn's deadline for signing over the database was Dec. 23, as per House rules for outgoing members of Congress.

"I ran on the issue of providing the best constituent service possible for the people of Western North Carolina," Edwards said. "I ask that anyone with any pending casework contact my office immediately. In addition, I hope members of the media will help inform the public of this request. I would like to ensure that our veterans, the elderly, the infirm and others who need help get the full benefit of the services they are entitled to."

Members of Congress usually help their constituents with various issues, such as accessing veterans' benefits and processing Social Security checks. There are typically unfinished cases from one term to the next, which is why the House requires outgoing members of Congress to pass along the casework to the next representative so they can continue resolving issues.

Former President Donald Trump endorsed Cawthorn for Congress, but he lost the primary for North Carolina after a series of scandals, including the improper promotion of cryptocurrency, and a charge in Mecklenburg County for carrying a loaded gun through airport security.