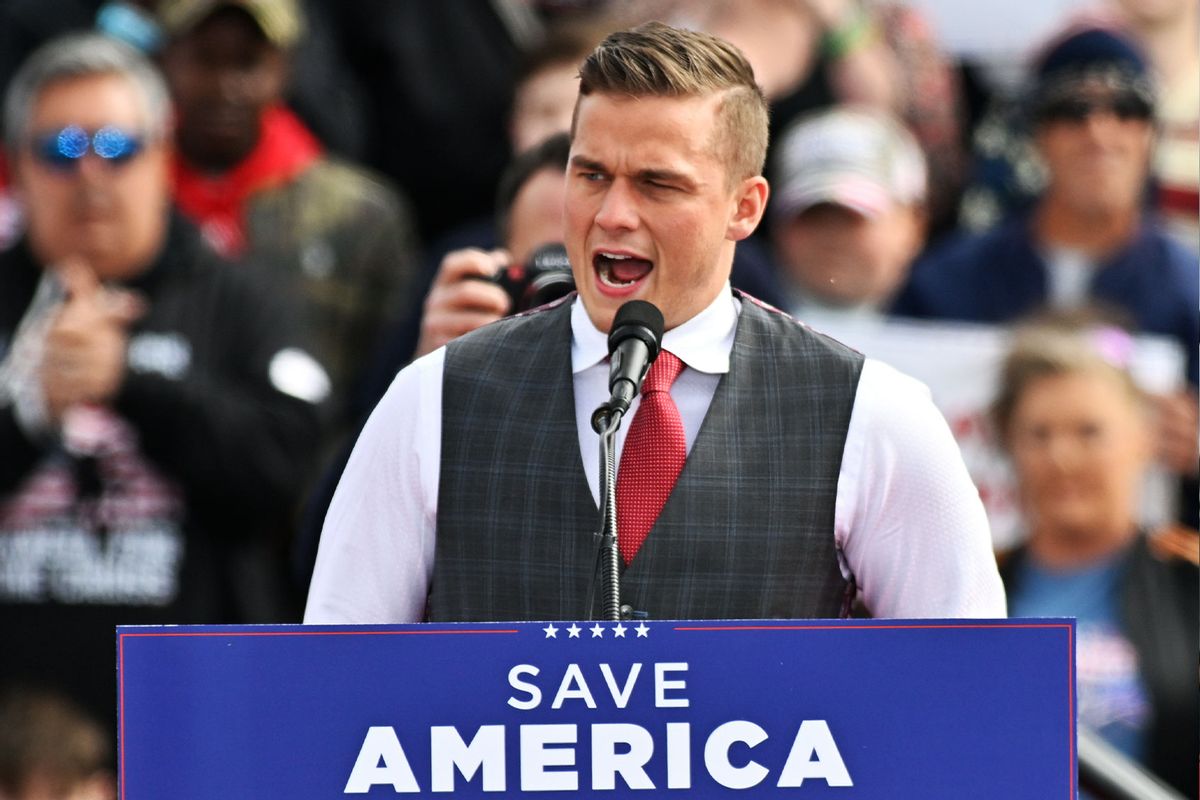 Rep. Madison Cawthorn, R-N.C., on Thursday called for "Dark MAGA" forces to take revenge on establishment Republicans after his primary loss on Tuesday.

Cawthorn posted a list of people who supported him when the "establishment turned their guns on me." The list included former President Donald Trump, who pleaded for voters to give Cawthorn a "second chance" despite "some foolish mistakes," as well as Reps. Marjorie Taylor Greene, R-Ga., Matt Gaetz, R-Fla., Paul Gosar, R-Ariz., and Sen. Rand Paul, R-Ky., as well as others that Cawthorn said "came to my defense when it was not politically profitable."

Cawthorn wrote that following his election loss he is "on a mission now to expose those who say and promise one thing yet legislate and work towards another, self-profiteering, globalist goal."

"The time for gentile politics as usual has come to an end," Cawthorn wrote, before editing the post to say "genteel politics."

"It's time for the rise of the new right, it's time for Dark MAGA to truly take command," he wrote. "We have an enemy to defeat, but we will never be able to defeat them until we defeat the cowardly and weak members of our own party. Their days are numbered. We are coming."

Cawthorn's "dark MAGA" reference was widely mocked, even among his own party.

"It's like a MAGA hero who works in the shadows at night to fight crime in Gotham," a senior Republican lawmaker joked to Politico.

But journalists who have tracked the far-right movement cautioned that "dark MAGA" has been a "growing concept among very online Trump supporters."

"Basically it means you stole the election from us, NOW we're going to be bad," tweeted Daily Beast reporter Will Sommer.

Dark MAGA is a "post-alt-right aesthetic that promotes an authoritarian version of Trump in dystopian, Terminator-like images," Newsweek reported last month. "Many of the messages posted by Dark MAGA supporters incite violence and contain misogynistic and/or racist comments."

The movement has a "heavy victim mentality," Alice Marwick, a University of North Carolina professor and researcher at the Center for Information, Technology Public Life, told the outlet.

"The general messaging that the Democrats are evil, that children are under threat, that people may need to take extreme acts, even political violence to protect their children and their values, I think is consistent across the (far-right) spectrum," she said, adding that much of the rhetoric is about how "these evil people will get their comeuppance."

Greene has been particularly active in engaging with and amplifying Dark MAGA supporters and helping to bring the fringe movement into the mainstream, Tim Squirrell of the Institute for Strategic Dialogue, a think tank that tracks extremism, told Insider.

"Marjorie Taylor Greene has a history of – I guess the technical term for it is shitposting – saying really provocative stuff as a mechanism for gaining attention for riling up the 'libs,' for dividing opinion amongst the MAGA caucus," Squirrel explained. But the memes are "cloaked in five layers of irony" so "if you point it out, you always run the risk of people saying, 'well, that's not what I'm doing, you shouldn't take this so seriously, what's wrong with you?' But it's a serious movement. It has serious people behind it. It has serious money behind it."

"Anything which attempts to legitimize political violence," Squirrell said. "which attempts to say that Trump should take no prisoners and that he should be engaging in quite Machiavellian action is dangerous."