Republicans dish out titillating lies about Democrats, liberal judges and even Disney — but now they can't take it 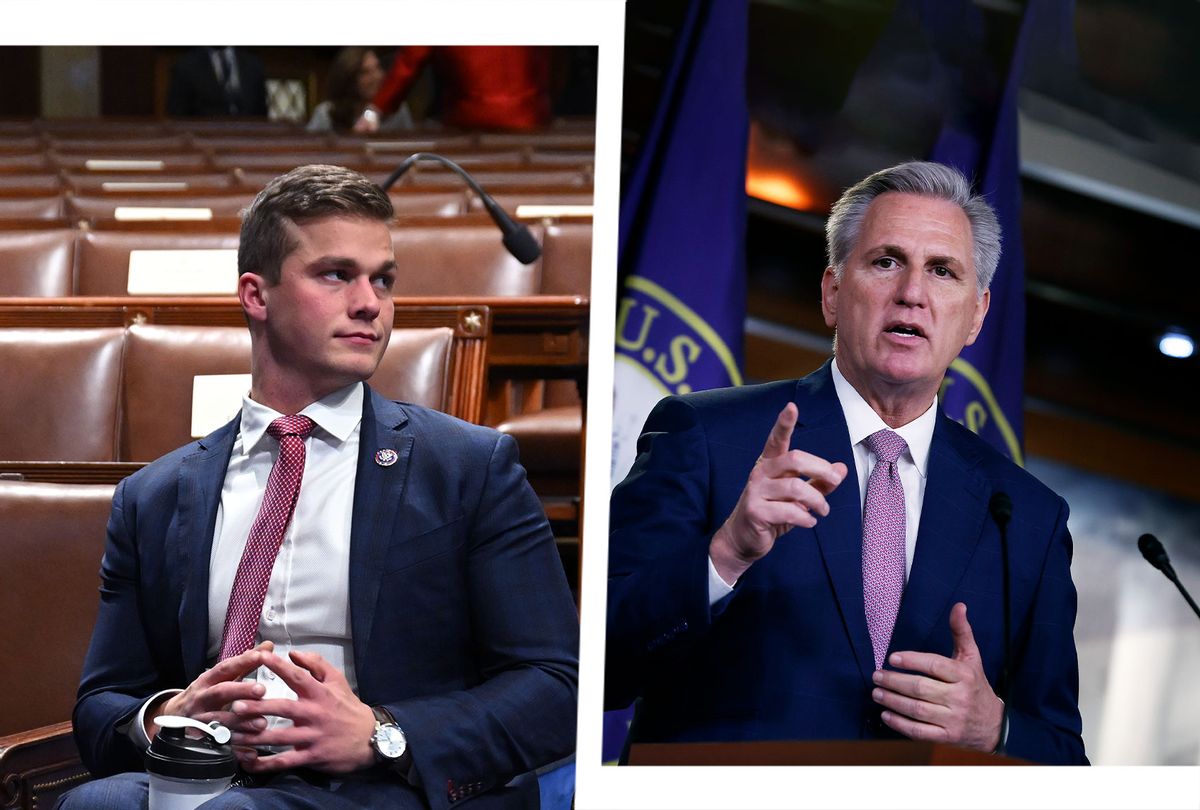 It would be funny if it weren't so deeply evil. Republicans can dish it out but really can't take it.

During last week's confirmation hearing for Ketanji Brown Jackson, the first Black woman nominated to the Supreme Court, the nation bore witness to a grotesque display of Senate Republicans openly pandering to QAnon, a large and growing cult of Donald Trump fanatics who claim that Democrats are blood-drinking pedophiles who worship Satan. In the process, they subjected Jackson to a vicious smear campaign implying that she has some special fondness for child molesters. (This, needless to say, is absolutely false.) Even for those who had no doubt that the GOP is a party of shameless liars and bullies, their behavior at Jackson's confirmation hearing was gross to the point of shocking.

But, like all bullies, Republicans proved themselves to be incredibly thin-skinned this week.

Republican members of Congress, apparently unaware of the dangers of the Streisand effect, failed to heed the "ignore it" advice when known crazy liars say wild stuff about you on conspiracy theory-oriented websites. Instead, they got defensive, which just draws attention to allegations and also makes people wonder what you're hiding. Multiple Republicans in Congress whined to the press. It got so bad that House Minority Leader Kevin McCarthy brought Cawthorn into his office for a dressing-down, which is definitely not the treatment that members get for regularly dropping hints that their Democratic colleagues are blood-drinking Satanic pedophiles. The next day, North Carolina Sen. Thom Tillis endorsed Cawthorn's primary opponent.

The hypocrisy, of course, is off the charts. But it also highlights a larger problem that is facing the GOP in the Donald Trump era. (And no, it's not the post-Trump, as he's already running for president again and likely to get the Republican nomination in 2024.) The party is increasingly dependent on QAnon and other conspiracy theory communities for funding, voter drives, and general energy. But, as this Cawthorn debacle shows, that community's addiction to titillating tales of political debauchery needs constant feeding. And as is typical with addiction, it's hard to keep the impacts under control.

This past month has really demonstrated how much Republican hopes for 2022 elections depend on QAnon and similar fantasy-driven right-wing cul-de-sacs that have grown up online.

It's not just the Jackson hearing and the hours of Senate Republicans crawling each other to get clips of pedophilia insinuations onto Fox News. Much of the astroturfed "school board" strategy the GOP is stirring up is aimed directly at the crowd that loves chattering all day long about their fantasies of Satanic blood-drinking pedophiles. The result is an avalanche of anti-trans and anti-gay bills aimed at public schools, with Florida's "don't say gay" bill getting the most attention. Lest there be any doubt that these bills are designed to pander to bug-eyed conspiracy theorists, Republicans have been openly claiming that these bills are meant to stop pedophiles from "grooming" children in schools.

Now the accusation of pedophilia has spread rapidly and is being heavily applied to any person who defends LGBTQ rights. And not just online, either, where "ok groomer" has become the favored phrase right-wing trolls fling at supporters of LGBTQ rights. On Fox News, QAnon-level wild conspiracy theories are being leveled at the Disney corporation after the company's CEO agreed publicly that the "don't say gay" bill is bad news. Numerous talking heads on the network accused the corporation of "sexualizing children." Popular GOP podcaster Ben Shapiro claimed the company is "endorsing the indoctrination of small children into radical sexualized worldviews" and a columnist at the conservative site Townhall flatly claimed Disney "promotes child exploitation and supports groomers."

Clearly, Republicans see "people who enjoy implausible fantasies about adults sexually assaulting children" as an important constituency that needs lots and lots of attention! Which, sadly, makes a lot of sense. New polling from PRRI shows that 22% of Americans subscribe to at least some QAnon beliefs. More critically, the research shows that the conspiracy theory is a good recruitment tool for the GOP, as it's attracting people who were previously apolitical or even had liberal opinions. It converts those folks to the idea that Donald Trump — and ergo, the larger GOP — is somehow going to save humanity from the blood-drinking Satanic pedophiles.

So that recruitment strategy is seriously threatened if the conspiracy theories like Cawthorn's start implicating Republicans.

Certainly, Cawthorn's accusations sound downright quaint next to all these lurid QAnon fantasies of Satantism and sexual violence towards children. Of course, as anyone who has read about the parties at Steve Bannon's D.C. townhouse can imagine, a big difference is that what Cawthorn said is far likelier to have a grain of truth to it. That notorious dirty trickster Roger Stone has involved himself as a validator of Cawthorn's claims also suggests that this situation may involve some intra-party power plays, and isn't just a matter of one of the dumber party members getting a little out of hand while trying to titillate the right-wing audience.

But whatever is going on behind closed doors, the public Republican reaction to Cawthorn's storytelling speaks volumes about the party's relationship to QAnon and the use of ghastly and lewd conspiracy theories as political weapons.

Republican leaders want to harness the power of conspiracy theory to excite their base and recruit new followers. Their hubris leads them, however, to falsely assume that they can keep a firm hand on how these stories spread and who gets implicated. Trump is already using facile accusations of "RINO" and "woke" to punish Republicans for perceived infractions like expressing skepticism of his election-stealing schemes. It's probably just a matter of time before this "groomer" jab starts getting used by the far right to control Republicans who veer from the party line on anything from the Big Lie to the love for Vladimir Putin. McCarthy no doubt gets this, as he's a regular punching bag for Trump. And that, I suspect, is why he's clearly terrified of Cawthorn opening that particular Q-shaped door.