“We learned nothing from the midterms”: GOP pushes new abortion bills after 2022 disaster

GOP Rep. Nancy Mace said the party should focus on access to birth control and the nationwide rape kit backlog 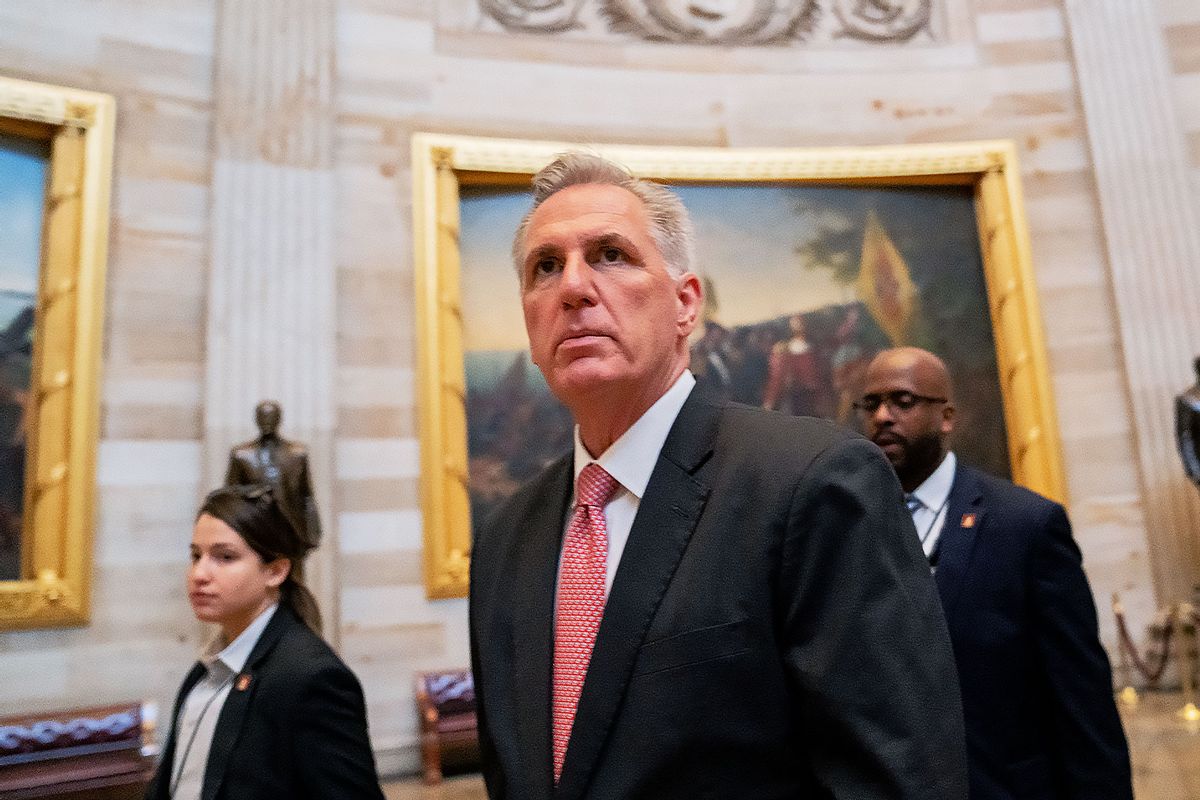 Republicans are set to vote on two abortion bills Wednesday despite concerns inside the party that the issue contributed to its disappointing 2022 midterm performance.

Republicans are set to vote on abortion-related legislation on the heels of a brutal election in the wake of the Supreme Court's Dobbs decision overturning Roe v. Wade. Even former President Donald Trump, who stacked the court with anti-abortion conservatives, tried to dodge responsibility for backing failed candidates by blaming the "abortion issue."

House Majority Leader Steve Scalise, R-La., said that the Wednesday vote showed Republicans "following through on promises" made during the campaign but Rep. Nancy Mace, R-S.C., expressed concerns that the party's stance is largely symbolic and threatens to alienate millions of voters.

"We learned nothing from the midterms if this is how we're going to operate in the first week. Millions of women across the board were angry over overturning Roe v. Wade," Mace said on Tuesday, according to Politico's Olivia Beavers. "What we're doing this week is paying lip service to life. Nothing that we're doing this week on protecting life is ever going to make it through the Senate."

Mace said that if Republicans are "serious about saving lives," the party should push for access to birth control and address the nationwide rape kit backlog.

The House is set to vote on two bills, both of which are expected to go nowhere in the Democratic-led Senate.

The Born-Alive Abortion Survivors Protection Act, sponsored by Rep. Ann Wagner, R-Mo., would require health providers to care for infants born after an attempted abortion and imposes criminal penalties on doctors. But such situations are "exceedingly rare," Politico notes, and the "protection is already codified by a 2002 bipartisan law that solidified that infants have the rights of a full human."

Reproductive rights advocates say the bill is "chock-full of misinformation and creates more barriers to care," according to HuffPost. "These bills promote inaccurate ideas about why people get abortions later in pregnancy. The majority of abortions performed later in pregnancy are medically necessary to save the life of the pregnant person or necessary because of a fatal fetal abnormality; they're not elective."

The other bill is a nonbinding "sense of Congress" resolution to condemn attacks on anti-abortion groups.

Despite opposing the party prioritizing abortion legislation in the first days of House control, Mace defended the two bills as "things that everybody can agree on" and said she supports a third bill to make the Hyde Amendment banning federal funds for abortion and insurance plans that cover abortions.

Democrats and pro-choice advocates argued that voters already rejected the GOP's anti-abortion state in the midterms.

"If there was any overriding issue of clarity in the last election, it's that Americans feel strongly that they should have the freedom to make their own health care decisions – not politicians. Apparently, House Republicans weren't listening," House Pro-Choice Caucus Chairwoman Diana DeGette, D-Colo., said on the House floor.

NARAL Pro-Choice America President Mini Timmaraju said in a statement that House Republicans are "patently rejecting the will of the overwhelming majority of Americans who voted to support legal abortion in November."

"The House's actions will not go unnoticed to voters, who overwhelmingly support abortion access," Johnson said in a statement. "The midterms should have put anti-abortion politicians on notice. It's past time they listen."

about the GOP war on reproductive rights