"We backslid": Doctors talk about how abortion care changed in 2022 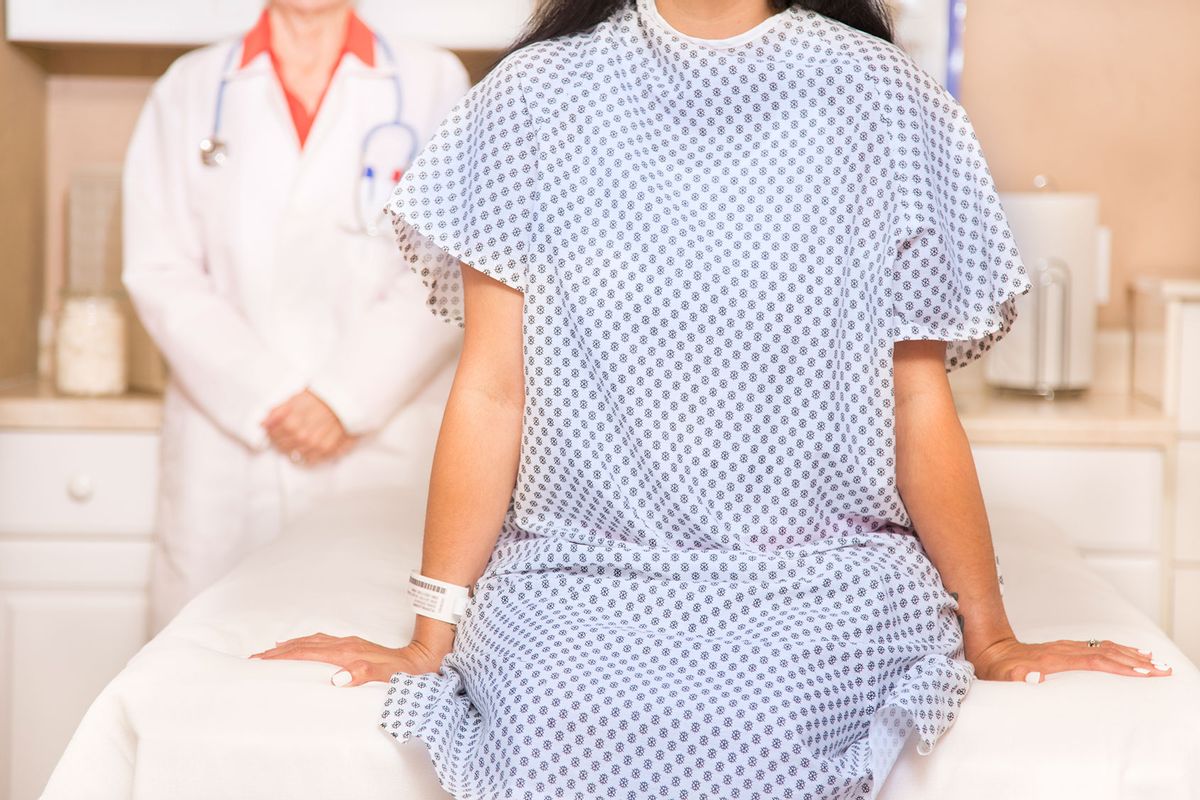 It came as a shock, in spite of everything. Halfway through the year, we knew it was coming. We knew from the years and years of laws systematically chipping away at abortion access. We knew from the closed clinics. We knew, weeks before, when the Supreme Court's draft opinion was leaked in May. And yet, as I sat in the Salon studios on a Friday in June and a female colleague looked over and said, "They overturned Roe," I felt the immediate sense of free fall terror. The impact was immediate and chilling.

In states with trigger laws, the sense of urgency among patients and providers kicked in right away. Rachel Lachenauer, the Director of Patient Experience at the National Abortion Federation, told Salon last June following the decision, "We're getting absolutely inundated today with callers who are saying 'I just got a call from my facility, or I just called them to check in and I've learned that I'm no longer able to access care in my state."

"We backslid. That has been so intense, so painful, so alarming, especially as somebody who's been in this field for my entire adult life."

As the days and weeks went on, the devastating repercussions of punitive and poorly thought out restrictions began to reveal themselves in harrowing headlines. And managing miscarriages and medical emergencies became new litmus tests for hospitals. "We backslid," says Los Angeles OB-GYN and "Menopause Bootcamp" author Dr. Suzanne Gilberg-Lenz. "That has been so intense, so painful, so alarming, especially as somebody who's been in this field for my entire adult life. It's just depressing."

In Texas, a 26 year-old woman named Elizabeth Weller shared the story of how a desired pregnancy turned into a "dystopian nightmare" when a rare medical problem created a life-threatening emergency — and a hospital ethics committee had to determine if she was close enough to dying to warrant intervention. In Missouri, 41 year-old Mylissa Farmer went into the hospital when her water broke before she had reached 18 weeks into her pregnancy. Though the pregnancy was not viable and the risk of serious infection high, doctors told her they could not offer a D&C.

And in Louisiana, 36 year-old Nancy Davis shared the story of how she traveled 2,500 miles round trip to New York City to terminate a pregnancy for a fetus with a fatal condition, because the staff at her own hospital refused to do it. "Basically," she said in an August press conference, "they said I had to carry my baby to bury my baby."

"There are people making decisions on clinical care who don't have a clinical background. And that's a dangerous, slippery slope."

As access becomes more restricted and fragmented, states with stronger abortion protections face their own challenges. Dr. Kecia Gaither, a board-certified physician in OB-GYN and maternal fetal medicine in New York, tells Salon, "I've seen personally, there has been an influx of people coming to New York for reproductive services. That's definitely been seen, and monies have been allocated to ensure that there's adequacy of supplies and assistance. I have friends in other parts of the country who are concerned. They're concerned as to their liability. The bottom line I personally think is, there are people making decisions on clinical care who don't have a clinical background. And that's a dangerous, slippery slope. Ectopics are an issue. Congenital anomalies are an issue, particularly congenital anomalies that are not compatible with life."

The post-Dobbs reality has also potentially been a boom to at least one industry, with greater interest in and demand for medication abortions. They already account for roughly half of all pregnancy terminations in the US, and as access becomes more challenging, the demand for assistance in safely and privately self-managing abortion is likely to only become greater and greater.

Abortion is not just a healthcare issue. It's a political one. It's an economic one. It's a business one. When large corporations like PayPal and Microsoft vowed to cover travel costs for employees seeking abortions, it seemed a burst of virtue signaling with zero thought-out strategy.

Workplace diversity expert and strategist Kim Crowder notes, "I think that there's a conversation that is necessary to be had among women ourselves, particularly white women about what they really believe around this. What does access to this look like? What about the folks who can who don't have access to not only travel, or childcare or time off of work? Where it's not so simple?" She adds, "Unfortunately, women are still in the workplace often not supported, not heard, particularly when we talk about women of color. Black women are receiving still lower support in the workplace, and if they're not being counted in that regard, they're certainly not going to be counted in this regard."

Yet the news has not all been demoralizing. The thwarted red wave of the 2022 midterm elections sent a clear signal that Americans still prioritize reproductive safety. As Amanda Marcotte reported in November, "Among Democratic voters this midterm, 48% said abortion was an important issue for them." In California in November, voters approved Prop 1, adding abortion and contraception rights to the state constitution. Vermont and Michigan passed similar protections.

And in smaller ways, the urgency of the crisis has emboldened advocacy.

"People do not recognize how dangerous a pregnancy can be."

says Dr. Gilberg-Lenz, "and they need to get their acts together. Even those of us who are out there speaking publicly, we have to be very careful that we are letting people know that we are really are there for them. We have to stand up for our patients." Dr. Faina Gelman-Nisanov a board-certified OB-GYN with licenses to practice medicine in New York and New Jersey, says, "I have seen pharmacists call me more often, and ask me how I prescribe these [abortion] medications we're prescribing because they want to be supportive of patients, and educate themselves more."

When we look back on this year and what it has meant for reproductive rights, it's the individual stories that stand out. Stories of frustrated doctors and concerned pregnant or potentially pregnant individuals, grappling for compassionate support and medical attention. Dr. Faina Gelman-Nisanov recounts a recent conversation with a client. "I had a patient this week with a desired pregnancy. She's super happy about it," she says. "She's going to the Midwest. I asked her, 'Where are you going? Who's going to be there? Have you told anyone that you're pregnant?' My advice is to no longer tell anyone that you're pregnant. Only you and your partner should know. She and I looked at the laws in that state. We looked at nearby hospitals. And for her, it's actually more beneficial to drive to a hospital in California, because the providers in her state may or may not provide her with care. I had to explain to her that there's no guarantee that if she has a hemorrhage, that she will be provided with life-saving treatment. What you keep hearing again and again is that hospitals are waiting for administrators, are waiting for their lawyers to give approval to give a transfusion and to perform a simple D&C to stop the bleeding. So now my patient has to be aware of who's around her, what their political beliefs are, whether or not they know she's pregnant, how they feel about her. And the closest hospital, for her this holiday season, is four hours away."

about abortion after Roe