Fewer and fewer OB-GYNs are taught how to perform abortions. What happens when there's no one left?

The dismantling of reproductive rights starts with OB-GYNs, many of whom aren't trained to terminate pregnancies 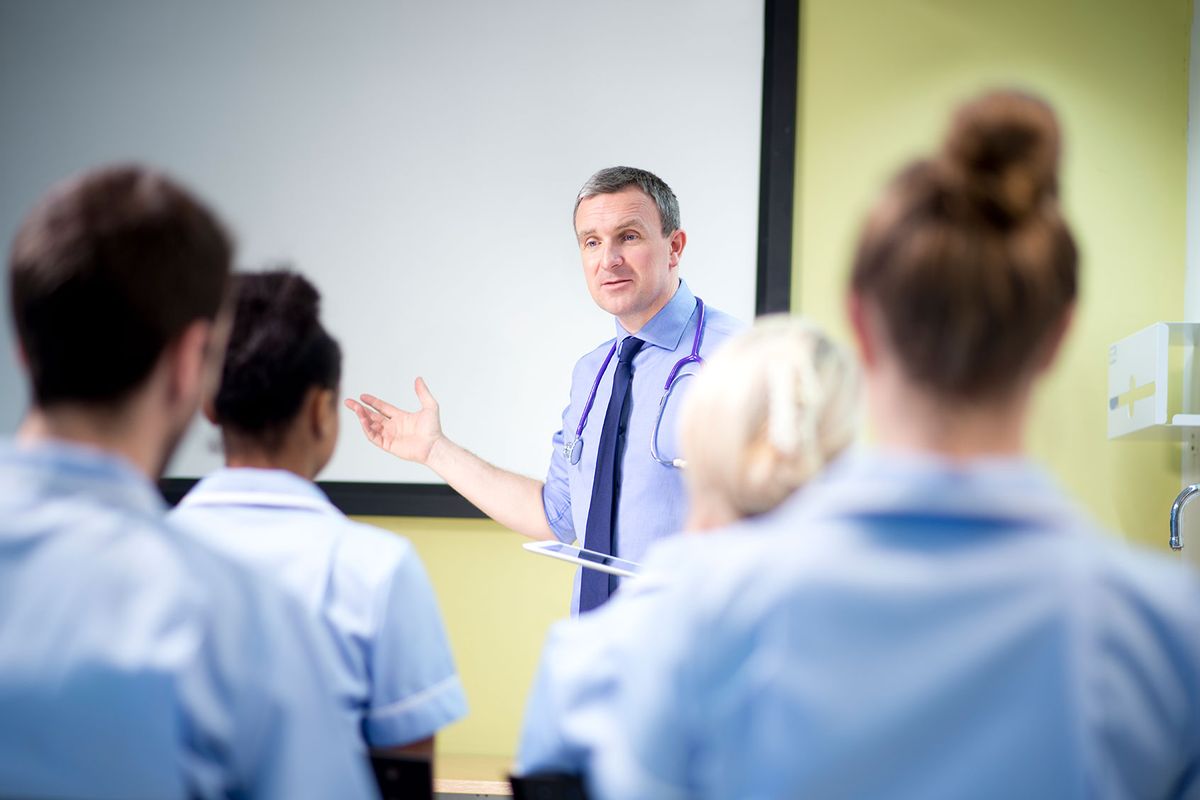 It's one of the most ruthlessly effective weapons in human history: the destruction of knowledge. Opponents of reproductive rights in America understand this well. It's not enough to restrict or outright ban access to abortion. It's not enough to make it prohibitive to access safe and legal options. You have to wipe the out teaching of it, the training of it.

And that's exactly what has been happening in the United States.

The erosion of abortion education is not new. A National Academies Press report, titled "The Safety and Quality of Abortion Care in the United States," raised the alarm about the problem back in 2018. "Although most women's health care providers will interact with patients navigating issues of unintended pregnancy and abortion, abortion training is not universally available to physicians or APCs [advanced practice clinicians] who intend to provide reproductive health services," they noted at the time.

Limitations to training included "geography, institutional policy, and state law" as well as the rise of "the largest group of religiously owned nonprofit hospitals" in the nation — Catholic and Catholic owned facilities, which must follow the strict Ethical and Religious Directives of the U.S. Conference of Catholic Bishops. This has meant that for a growing number of aspiring reproductive health providers, "medical students, residents, and other health professional students are often responsible for seeking out learning opportunities themselves." And this was four years before the Dobbs decision.

"43.9% of residents currently train in states predicted to outlaw abortion."

Back in May, research out of the David Geffen School of Medicine at the University of California Los Angeles reported in the journal Obstetrics & Gynecology that "43.9% of [OB/GYN] residents currently train in states predicted to outlaw abortion, a component of obstetrics and gynecology residency required for accreditation." The ominous possibilities are obvious. As the authors went on to note, "In 2020, 92% of obstetrics and gynecology residents reported having access to some level of abortion training. We predict that if Roe v. Wade overturned, this would plummet to at most 56%." And it gets worse, because "This likely underestimates the training implications of overturning Roe v Wade, in that residencies outside of obstetrics and gynecology, such as family medicine, were not included in the study."

Speaking with MedPage Today, the report's lead author, Kavita Vinekar, MD, MPH, said, "I fear that a lack of abortion training in residency will negatively impact residents' skill sets in emergent uterine evacuation, office procedures, miscarriage management, patient-centered counseling, and trauma-informed care. These are all skill sets that are central to abortion training."

"It's almost half of all residents," says Dr. Katharine White, an associate professor of OB-GYN at the Boston University School of Medicine and author of "Your Sexual Health: A Guide to Understanding, Loving and Caring for Your Body," says of this systemic closing off of abortion training. "It has great implications for all pregnancy capable people that they take care of for the rest of their careers."

As anyone with even the vaguest understanding of reproductive systems knows, creating a void in any form of medical training has far reaching consequences. "It impacts the skills with abortion procedures and the medication management with medication abortion," says White, "regardless if it is pregnancy termination for abortion or with regards to miscarriage. That is hundreds of thousands of people who are having pregnancy loss each year, who are at risk of not having a provider who is comfortable treating them." And if an ever dwindling number of providers know how to manage a D&C, how many more individuals will be forced to carry their dead fetuses in their bodies than are already enduring that nightmare now? How many more will find their own lives at risk because their pregnancies are not viable?

This all but inevitable shift in training will impact not just where students choose to go to school, but where they will settle down, and by extension, which communities they will serve. A 2021 AAMC report on resident retention found that "More than half (57.1%) of the individuals who completed residency training from 2011 through 2020 are practicing in the state where they did their residency training." And if that Obstetrics & Gynecology prediction is even close to accurate, that's an astonishing number of our incoming OB-GYN providers being trained in and staying in states where they haven't been taught abortion techniques.

"Next year's match for residency is going to be very, very interesting in OB-GYN."

"Residents and providers in these states have to decide, should I stay or should I go?" says Dr. White. "For residents it's, 'Do I try to get this training elsewhere? Do I accept that I won't get it?' For people who are applying to residency, do I even apply to programs that are going to limit my training? I think next year's match for residency is going to be very, very interesting in OB-GYN."

White is concerned about the long-term ripples these choices will ultimately make.

"If you have providers and trainees leaving these states," she says, "it's going to exacerbate the already existing health disparities, because we have good data that states that restrict abortion have higher maternal mortality rates. There's a huge moral conflict for providers and learners. Do we take care of the people in this state who desperately need us, or go someplace else where there is also need, and get to actually provide all the kinds of care? We're not talking about small numbers. Half our residents will get this training. Half our residents stay where they practice, or stay where they train. It's a lot of exponential impact."

Even in states that do offer more comprehensive abortion training, the effects are still unavoidable, subject to the religion-based directives of specific institutions, or a lack of facilities. "The numbers are not great and they've definitely declined over time," says Los Angeles OB-GYN and "Menopause Bootcamp" author Dr. Suzanne Gilberg-Lenz. "but that doesn't mean that there are not enough people to provide abortions. The problem is where they are. The problem is more like, 'Look, there are providers in California, but there's nobody in Fresno.'"

And this, she explains, goes deep into the some of the most troubling dynamics of reproductive care. "If you really look at the overall reproductive justice movements, there's a lot of issues with white supremacy," Gilberg-Lenz says. "There's probably hundreds of abortion providing doctors and services in Los Angeles County, for instance. When someone can afford to go to Fresno and do free clinics, yes, they're providing a service, but also it's potentially very white supremacy-ish, colonial-ish, because now they're making it much harder for a brown or a Black person to move into that community full time and make a living doing it."

"When we talk about medical racism," she continues, "we have to understand that this is not just affecting patients, but it's affecting trainees, potential doctors, doctors. How healthcare is provided and administered is largely impacted by who's providing that care. That's a really important point, and it's being discussed a lot in the abortion providing community."

Even if a future provider winds up, for personal or professional reasons, never performing a single on demand abortion in their career, who in their right mind thinks that not equipping doctors with the most skills to handle the most possible medical scenarios is anything short of wildly irresponsible? Yet that is exactly the path the United States appears poised to send its providers now down. "I think, philosophically," says Dr. Suzanne Gilberg-Lenz, "that not requiring every single OB-GYN resident to learn how to do an abortion is just morally and ethically wrong."

about the healthcare impact of abortion restrictions