There's definitely a history lesson behind the GOP's phony investigation. But it's not the one they claim 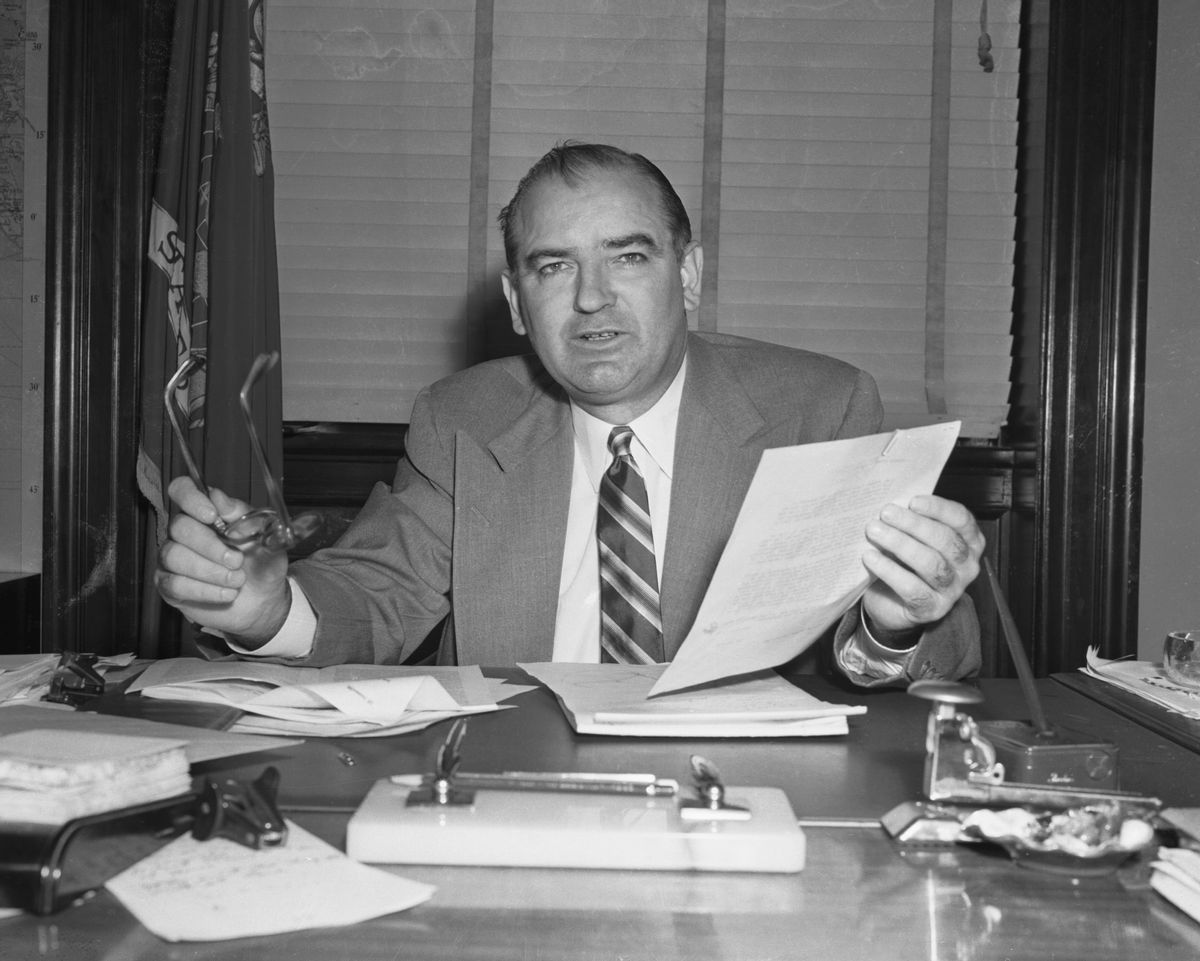 During the George W. Bush years, as the nation waged the "global war on terror," there was massive concern among civil libertarians about the government's indifference, if not hostility, to human rights and civil liberties. While the "Bush Doctrine" held that "either you're with us or you're with the terrorists" and professed a commitment to spreading democracy (at the point of a gun) around the globe to defeat them, Vice President Dick Cheney articulated an even darker vision in a "Meet the Press" interview five days after the 9/11 attacks:

We have to work the dark side, if you will. Spend time in the shadows of the intelligence world. A lot of what needs to be done here will have to be done quietly, without any discussion.

It wasn't long before it became clear what he meant. Eventually, the press and other investigators uncovered evidence that the government had gone very dark indeed. It had unleashed the FBI on innocent American Muslims, while military units and the CIA were kidnapping and torturing supposed terrorism suspects in secret "black sites" all over the world. There were secret no-fly lists and warrantless surveillance of U.S. citizens, nearly all of this occurring in total secrecy without oversight by the courts or the Congress.

Many civil libertarian organizations, from the ACLU to the Brennan Center, protested all this blatantly illegal or unconstitutional government activity and those voices grew even louder after the 2013 revelations by Edward Snowden, which showed the vast scope of these programs. From the beginning there were calls for a "new Church Committee" to investigate the vast overreach of the intelligence community. That was a reference to the semi-legendary committee led by Sen. Frank Church, an Idaho Democrat (!), in the wake of Watergate, whose unwieldy official name was the Senate Select Committee to Study Governmental Operations with Respect to Intelligence Activities.

Although it was associated with Richard Nixon's scandals, the Church Committee was truly bipartisan — conservative hero Barry Goldwater was among its five Republican members — and examined the excesses and illegal activity of the FBI, CIA and NSA during the entire postwar period, much of which had been revealed in the press during that era of aggressive investigative journalism. That committee, along with the similarly aligned Pike Committee in the House, uncovered information about such programs as COINTELPRO, which involved the surveillance and infiltration of American political and civil rights organizations, and Family Jewels, a covert assassination program aimed at removing foreign leaders the U.S. didn't like. One of the most shocking discoveries was Project MKULTRA in which the government used torture and drugs on unwitting Americans for illegal experiments in mind control. Several other programs were revealed involving a cooperative relationship between Intelligence agencies and the news media to disseminate government propaganda both domestically and overseas.

It may all sound like something out of a dystopian science fiction novel, but it all actually happened right here in the good old USA. These astonishing revelations led to the passage of the Foreign Intelligence Surveillance Act, which created the (still secret) FISA court, and to the creation of the standing committees on intelligence in both houses of Congress. But while the Church Committee has a historical reputation as having substantially reformed the Intelligence agencies, the truth is that its effect was limited. It wasn't easy to get any significant reforms through Congress, and it didn't take long before those changes began to erode.

Nonetheless, the Church Committee stands as a symbol of strong bipartisan investigative oversight and reform of the most powerful and secretive law enforcement and Intelligence agencies. So when civil libertarians called for a "new Church Committee" a decade or more ago, that made sense.

Throughout the post-Church era, the American right has almost entirely been on supportive of government secrecy and the intelligence agencies (as with the notorious Dick Cheney quote cited above), allowing for a handful of self-styled libertarians like Sen. Rand Paul and his dad, former congressman Ron Paul. In fairness, most Democrats have been as well. It has mainly been progressive Democrats (like Rep. Barbara Lee and Sen. Ron Wyden, for instance) who opposed these programs while the rank-and-file right enthusiastically endorsed torture and mass surveillance and asked for more. But ever since Donald Trump and his inexplicably Russia-friendly campaign came on the scene seven years ago — cheering on illegal hacking of his opponents by foreign agents — the right has worked itself into a frenzy about the "deep state" abusing its power by investigating Trump's suspicious behavior.

The true leader of the new House majority, Fox News host Tucker Carlson, came up with a plan to turn the tables, now that the GOP has subpoena power:

The real name of this Republican snipe-hunt committee gives away what this is all about: The Select Subcommittee on the Weaponization of the Federal Government. The New York Times reports it will have "access to information on par with the House Intelligence Committee," and Republicans say they have a mandate "to scrutinize ... a concerted effort by the government to silence and punish conservatives at all levels, from protesters at school board meetings to former President Donald J. Trump." You can see why they'd need the highest security clearances for such important work.

This bears almost no resemblance to the bipartisan Church Committee, which was established by a nearly unanimous vote in the Senate to look at systematic abuses going back decades under administrations led by both parties. But it does bear great resemblance to some earlier committees that purported to be rooting out abuses in the U.S. government. Ironically enough, the name McCarthy is associated with both of them.

Jim Jordan's jury-rigged "investigation of the investigators" bears no resemblance to the bipartisan Church Committee. But it does resemble an earlier effort to root out alleged government abuses by hurling wild, made-up accusations.

Sen. Joseph McCarthy of Wisconsin first made his name in a 1950 speech claiming that he had a list of communist sympathizers in the State Department. He spent the next half decade accusing hundreds of federal employees, including members of the military and the Truman administration, of being Soviet spies or "fellow travelers." His investigations and public hearings were a cavalcade of lies and spurious accusations. He was coddled and enabled by Republican leaders, all the way up to President Dwight Eisenhower, who were too timid to confront him lest they anger his multitude of online fans. (Joe McCarthy would have been sensational on social media.)

There is no single figure like that McCarthy leading the charge in this new GOP majority. There are dozens of them, and they have no genuine interest in abuses of power or the excesses of the "deep state" (which most certainly have continued under both parties). They simply want to avenge their leader Donald Trump and intimidate the authorities into backing off from any potential prosecution of Trump and his closest allies. So they intend produce a full-blown televised McCarthy-esque spectacle aimed at proving that Trump was the innocent victim of liberal (perhaps communist?) cops and spies within the federal government who seek to ruin everything America stands for.

Joe McCarthy was washed up and dead from alcoholism at the age of 47. These heirs to his legacy will end up clowning on Fox News and fundraising big bucks online from suckers who will themselves into believing it's all real. As the O.G. commie Karl Marx famously observed, "all great, world-historical facts and personages occur, as it were, twice. The first time as tragedy, the second as farce."

about the new Republican Congress