Football's problem isn't the rules, the equipment or the medical care: This sport kills

Damar Hamlin's near-death experience should teach us a lesson, but we haven't learned it yet: This game is deadly 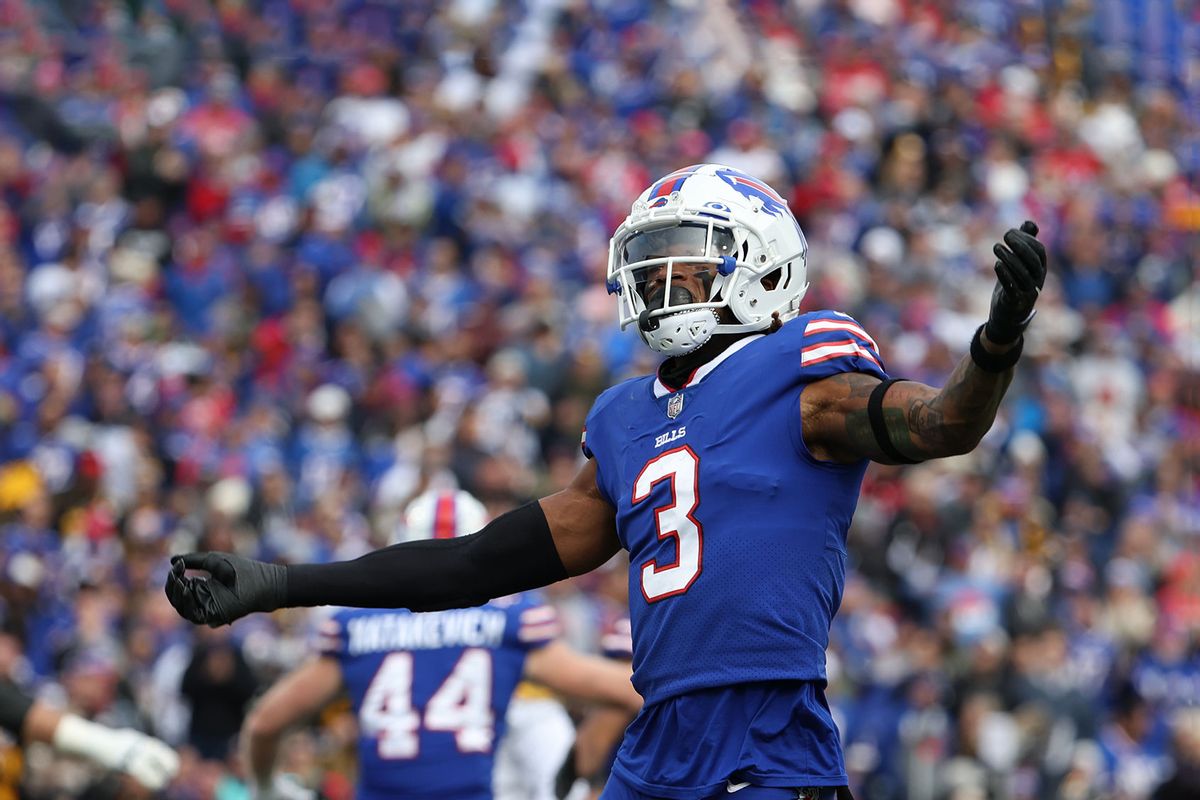 One month and a day before Buffalo Bills safety Damar Hamlin came frighteningly close to becoming the second in-game fatality in NFL history, he was ejected from the Amazon Prime Thursday night game for an illegal hit on New England Patriots wide receiver Jakobi Meyers. See it for yourself on YouTube. Hamlin, a defensive safety, blasted Meyers helmet-to-helmet, preventing a touchdown catch in the end zone. As everyone reading this undoubtedly knows, on the aborted Jan. 2 edition of ESPN's "Monday Night Football," Hamlin made a clean tackle against a Cincinnati Bengals receiver, and then collapsed seconds later, likely from commotio cordis, or percussion-induced cardiac arrest.

Dirty-shmirty. Clean-shmean. Football is deadly. It was designed to be deadly. The clock isn't the only thing that gets "killed" during the two-minute drill.

I juxtapose these two plays in Hamlin's recent career to underscore the point — which was made properly neither in the initial horrified media reaction nor in the feel-good sequel — that "making football safer" is an illusion. For every band-aid fix of the rules, there's a Newtonian equal and opposite reaction, a cosmic game of life-and-death Whack-a-Mole. In the second Hamlin play above, he was dutifully following the recently emphasized "heads up" tackling doctrine (which is already almost always impossible to execute at game speed). The result left him unconscious on the field, without a pulse, seconds or minutes from death.

As I've reported previously, commotio cordis is not an everyday occurrence in football, but it happens, and it was bound to play out grotesquely, sooner or later, in an NFL prime-time game. But the gatekeepers of phony commercial solutions to existential violence — such as better helmets, no more effective than better mousetraps — want us to focus on only one aspect of football harm. I call this demimonde of deceit and self-deceit "Concussion Inc."

There have been at least a dozen football deaths, below the professional level, from chest-trauma cardiac events. The classic Journal of the American Medical Association article on the syndrome was published in 2002. Lead author Barry Maron, a prominent cardiologist who maintains a registry of known death cases, also chronicled deaths that involved incidental and intuitively sub-lethal contact (such as a teacher who was elbowed in the chest the wrong way while breaking up a playground fight). But around a fifth of such fatalities occurred in sports, including, of course, from chest blows in football.

Football's problems won't be solved by changes on the periphery — by tweaking the rules or inventing new high-tech equipment. The problem of football lethality is football.

In the very first episode of "Mad Men," Jon Hamm's antihero protagonist Don Draper, an advertising agency creative executive circa 1960, laments to his mistress that he's out of tricks for softening the image of his tobacco company client: "The whole safer cigarette thing is over. No more doctors, no more testimonials, no more cough-free, soothes-your-T-zone, low-tar, low-nicotine, filter-tip. Nothing. All I have is a crush-proof box, and four out of five dead people smoke your brand."

Ladies and gentlemen, girls and boys: Football = tobacco. There should be no more new age hit-sensor helmets for unethical experimentation on high school guinea pigs and crash test dummies. No more rules-evolving, geometrically impossible positioning of heads on tackles, on pain of penalty or disqualification or fine or suspension. No more "roughing the passer" coddling of our favorite quarterbacks. No more moving kickoffs to the 35-yard line just to ensure more contact-free touchbacks and fewer kamikaze-squad collisions. No more keeping the clock running after a guy goes out of bounds, just so slightly fewer deadly plays can be shoehorned into a three-hour game with a 60-minute clock.

And for God's sake, in the wake of the Hamlin catastrophe in Cincinnati earlier this month, no more smoke signals to the future contractors of Concussion Inc. to start developing a better protective pad for the precordium (the area in front of the heart). Players are already armored up the wazoo, and the only thing that has accomplished is to give them a false sense of being bulletproof.

Few people realize this, but boxing's transition from bare-knuckles to gloves made the sport far more lethal. Padded gloves protect the hand inside them more than the head it hits, and the diminished fear of broken hands made punches harder, faster and more confident, worsening the damage at the other end.

As the lyrics of "The Skeleton Dance" inform us, "The knee bone is connected to the thigh bone." The problem of football won't be solved by changes on the periphery. The problem of football lethality is football. The truly dangerous aspect of the sport is playing it. Fundamentally, football players are killed or maimed not by cranial or vertebral or neurological or orthopedic damage; nor do they die in conditioning drills because of asthma, exertional heatstroke or exertional sickling. They are killed by football itself, by its unchecked purchase on the (mostly male) soul of this particular precinct of American exceptionalism.

Since the human race has never been able to legislate stupid, we should just play on. But at least let's get our public schools and public fields out of the business of blood sport.

on America's most deadly sport