Trump's Truth Social post is "an admission, not a defense," one expert said 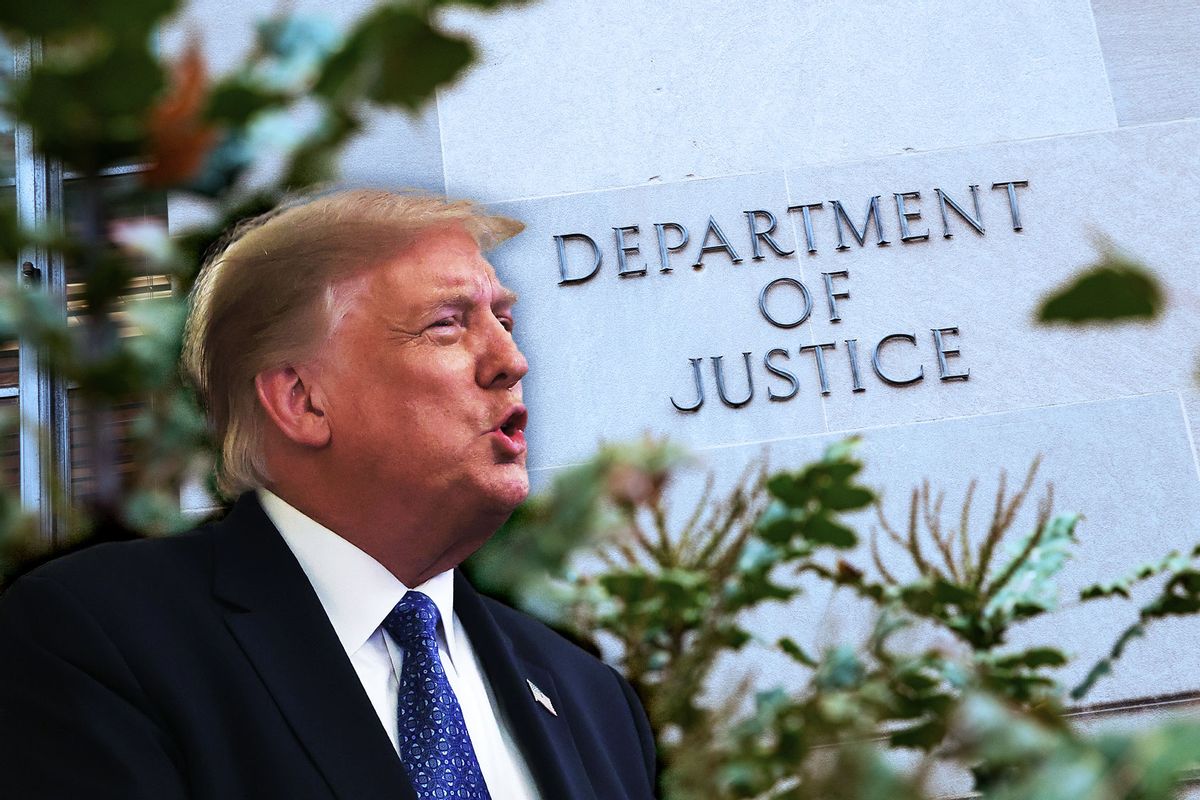 Former President Donald Trump on Wednesday alleged that federal investigators may have planted documents in empty classification folders that he kept at Mar-a-Lago.

Trump has repeatedly claimed without any credible evidence that he declassified and legally stored the more than 300 documents that were discovered by the FBI in his home. Since the discovery of a significantly smaller amount of documents in the home and office of President Joe Biden, Trump has tried to change the public perception of his own hoarding of classified information.

In a series of Truth Social posts, Trump claimed that he saved "hundreds" of empty classification folders because they were a "cool keepsake."

"The Fake News Media & Crooked Democrats (That's been proven!) keep saying I had a 'large number of documents' in order to make the Biden Classified Docs look less significant," the former president wrote in his first post. "When I was in the Oval Office, or elsewhere, & 'papers' were distributed to groups of people & me, they would often be in a striped paper folder with 'Classified' or 'Confidential' or another word on them. When the session was over, they would collect the paper(s), but not the folders, & I saved hundreds of them."

In his second post, Trump alleged that the FBI, whom he compared to secret Nazi police and "Marxist Thugs," secretly planted documents to incriminate him.

"Remember, these were just ordinary, inexpensive folders with various words printed on them, but they were a 'cool' keepsake," he wrote. "Perhaps the Gestapo took some of these empty folders when they Raided Mar-a-Lago, & counted them as a document, which they are not. It's also possible that the Trump Hating Marxist Thugs in charge will 'plant' documents while they're in possession of the material. As President, and based on the Presidential Records Act & Socks Case, I did NOTHING WRONG. JOE DID!"

In a September court filing, federal investigators said they found 48 empty folders marked as containing classified information during their August raid, raising questions about whether they fully recovered all the documents or if there were some missing. There were also 42 empty folders labeled "return to staff secretary/military aide."

Since the FBI raid, Trump has attempted to stop investigators from viewing what was in the recovered files, claiming that they were his personal property and that he had the ability to secretly declassify them "with his mind."

In contrast to Trump's approach to the investigation, the Biden White House immediately cooperated with authorities, stating "a thorough review will show that these documents were inadvertently misplaced, and the president and his lawyers acted promptly upon discovery of this mistake."

Legal scholars warned that Trump's Truth Social posts may come back to bite him.

Former U.S. Attorney Joyce Vance explained that if Trump is charged in the case, his posts may be used as "admissible evidence" against him.

"It's why lawyers want their clients to stay silent when there's the possibility of a criminal investigation," she wrote. "Biden likely had conflicting advice from his lawyers who wanted radio silence & advisors who wanted transparency."

If charged, this is admissible evidence against Trump. It's why lawyers want their clients to stay silent when there's the possibility of a criminal investigation. Biden likely had conflicting advice from his lawyers who wanted radio silence & advisors who wanted transparency. https://t.co/GLVykXazDb

Robert Maguire, the research director for the Citizens for Responsibility and Ethics in Washington (CREW), agreed with Vance's claim and pointed out the misinformation within the posts.

"So this clear straightforward explanation—which is definitely not how classified material is handled—took him months to come up with and wasn't used by any of his lawyers in court," Maguire wrote. "In other words, this is an admission, not a defense."

So this clear straightforward explanation—which is definitely not how classified material is handled—took him months to come up with and wasn't used by any of his lawyers in court.

In other words, this is an admission, not a defense. https://t.co/KZdQMS4Lkw

Vance also fact-checked Trump's claim that he emptied the folders before bringing them to Mar-a-Lago.

"This isn't true unless they were incredibly dysfunctional," she wrote on Twitter. "Classified materials stay in their marked folders."

This isn't true unless they were incredibly dysfunctional. Classified materials stay in their marked folders. https://t.co/rhr6XZtmWi

Conservative attorney George Conway mocked Trump's Truth Social rant, writing, "It took him only, what, a year  after returning stuff to NARA to come up with this claim?"

It took him only, what, a year after returning stuff to NARA to come up with this claim? https://t.co/4RzB27gaM4

National security attorney Bradley Moss pointed to Trump's clear self-incrimination by simply tweeting, "He has the right to remain silent."

He has the right to remain silent. https://t.co/yrKI7jMSMR