The lawsuit alleges that Matt and Mercedes Schlapp, a former Trump aide, tried to discredit the accuser 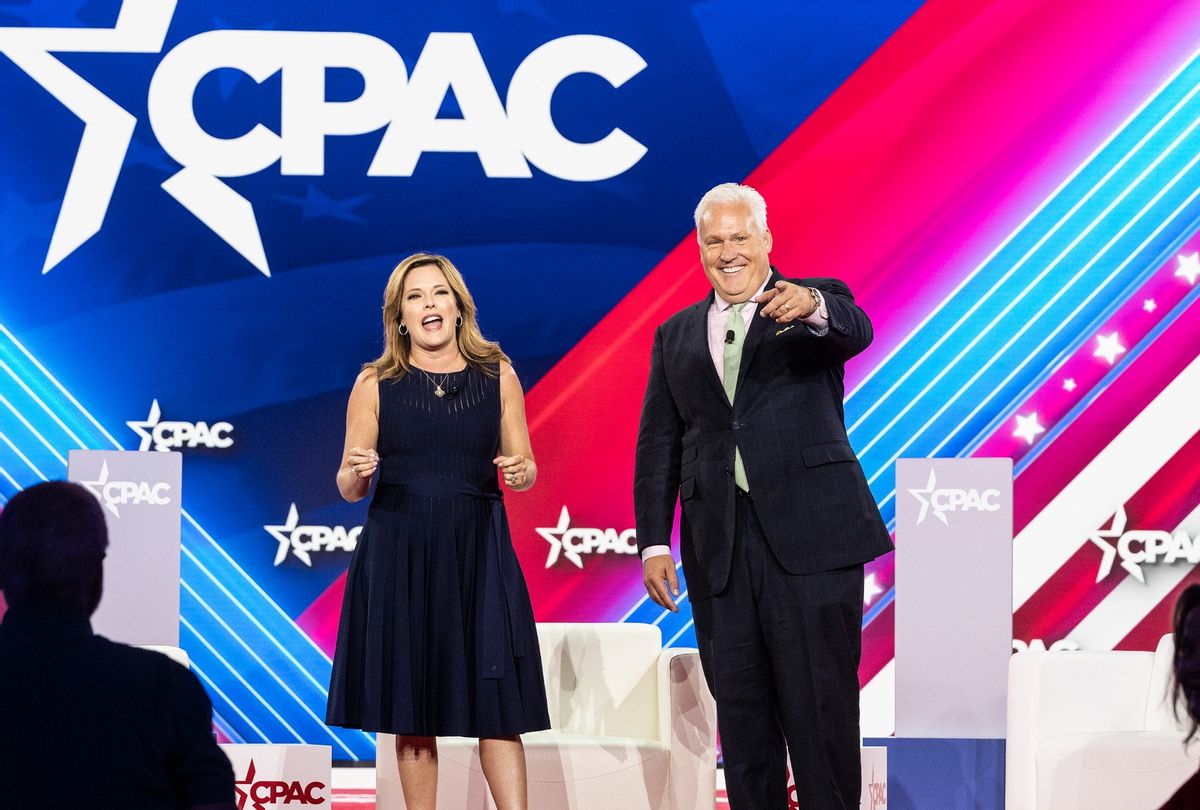 Matt Schlapp, the chairman of the American Conservative Union chair and leader of the Conservative Political Action Conference, is facing accusations of sexual battery and defamation in a lawsuit brought by a former Herschel Walker staffer. The suit, filed Tuesday in the Virginia Circuit Court of Alexandria, alleges that Schlapp "made repeated and undesired advances" toward the former staffer in October -- including groping his "genital area in a sustained fashion."

As first reported Wednesday by The New York Times, Schlapp's wife, conservative commentator Mercedes Schlapp, is also named in the suit. The one-time communications advisor of former President Donald Trump is accused of defamation. The former Walker staffer alleges both Schlapps, joined by conservative fundraiser Carolyn Wren, coordinated to discredit the staffer after he told his story to The Daily Beast. In a series of tweets, Wren outed the alleged sexual battery victim by name, accusing him of being a "habitual liar."

The plaintiff called the sexual encounter "scarring" and "humiliating" in an interview with The Daily Beast. He alleges the incident occurred Oct. 19, while Schlapp was in Georgia for a Walker campaign event. According to the staffer, Schlapp said he wanted to spend the evening discussing the staffer's career. The staffer said Schlapp became increasingly physically intrusive as the staffer chauffeured him to two Atlanta bars. While driving Schlapp back from a bar, the staffer said Schlapp aggressively fondled and groped his genitals.

Schlapp's lawyer, Charlie Spies, denied the allegations in a statement and accused the staffer of attacking his clients.

"The Schlapp family is suffering unbearable pain and stress due to the false allegation from an anonymous individual. No family should ever go through this and the Schlapps and their legal team are assessing counter-lawsuit options," Spies said, according to the Times.

Spies claimed the staffer is "working in concert with Daily Beast to attack and harm the Schlapp family," even though other news outlets have independently reported the allegations.

Spies' accusations are also included in the suit, which seeks at least $9.4 million in damages for both defamation and battery allegations. As detailed in reporting from The Daily Beast, the amount includes $3.85 million against Schlapp for the alleged assault, and nearly $4 million from both Schlapp and his wife for the alleged defamation and conspiracy.

As Axios' Eugene Scott noted in a Wednesday tweet, the CPAC leader and former George W. Bush administration official is among the most influential conservatives in the nation's political landscape.

The staffer has remained anonymous in filing his suit, but said he would publicly identify himself if Schlapp denies the sexual battery allegations. The plaintiff's attorney, Tim Hyland, issued a pointed response in a letter.

"Mr. Schlapp has not directly denied our client's allegations, and with good reason—they are unmistakably true, and corroborated by extensive contemporaneous evidence," the letter reportedly read.

"We intend to keep a singular focus: to demonstrate that Matt Schlapp is a sexual predator who assaulted our client."

about the Schlapps and CPAC