"You f**ked me": GOPer rages at McCarthy over committee as MAGA extremists score key assignments

"I know it was you," Rep. Vern Buchanan fumed at McCarthy after he lost out on chairmanship 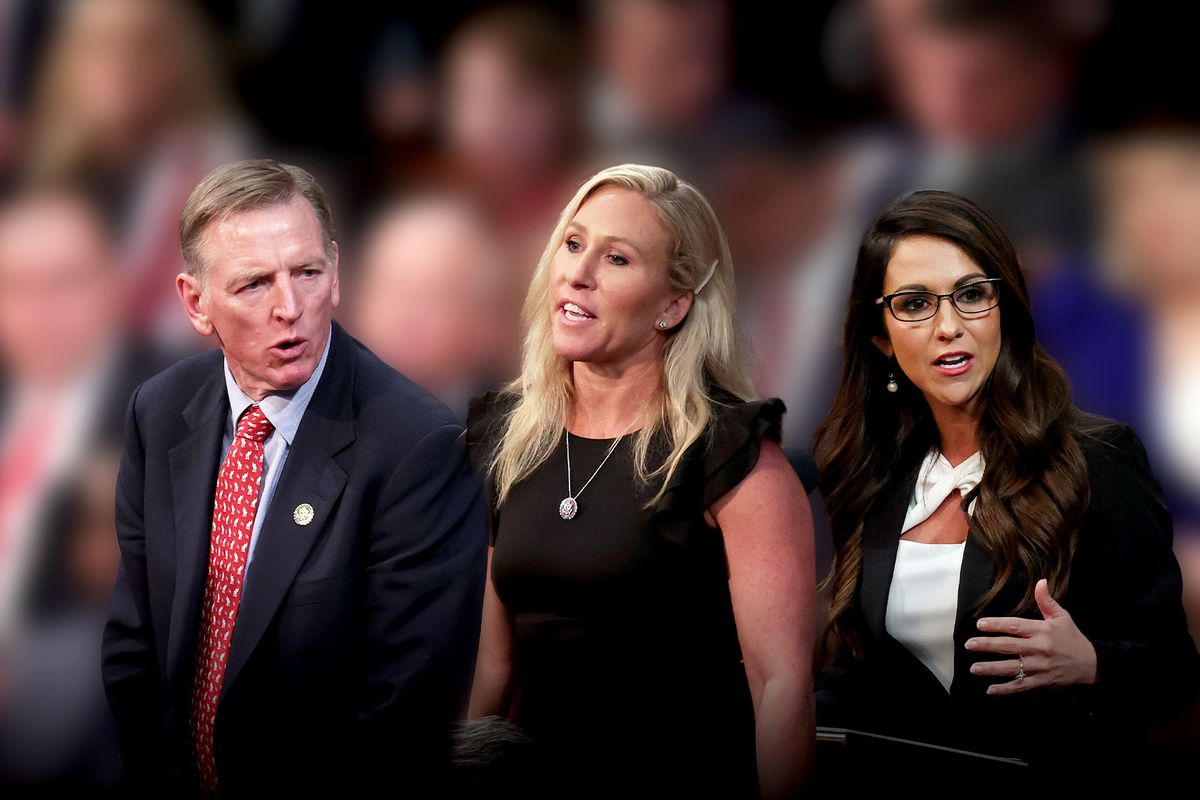 Buchanan was reportedly angry at McCarthy and accused him of sabotaging his candidacy for the committee chairmanship after he was passed over as the most senior person on the committee by Rep. Jason Smith, R-Mo., a member who was fifth in line.

While votes for chairman were being counted, Buchanan walked over to McCarthy and said, "You fucked me, I know it was you, you whipped against me," according to Puck News.

A source told Palmeri that Buchanan's outburst "was so heated that the Speaker's security detail stepped in with a light touch." Palmeri added that a spokesperson for McCarthy denied this.

Other Republicans also received their committee assignments for the new Congress, including Reps. Marjorie Taylor Greene, R-Ga., and Paul Gosar, R-Ariz., who were placed on the House Oversight Committee. Greene was also assigned to the House Homeland Security Committee while Gosar was placed on the House Committee on Natural Resources, where he previously served before being booted by Democrats.

The White House condemned both of these additions to the Oversight Committee, Axios reported.

​​"[I]t appears that House Republicans may be setting the stage for divorced-from-reality political stunts, instead of engaging in bipartisan work on behalf of the American people," White House spokesperson for oversight Ian Sams said in a statement to Axios.

Greene and Gosar had both lost committee spots in the last Congress as Democratic retaliation for incendiary remarks, but McCarthy vowed to put them back on committees and pledged to kick some House Democrats off of theirs.

Other GOP hardliners like Reps. Lauren Boebert, R-Colo., and Scott Perry, R-Penn., were also added to the House Oversight Committee, according to Republican sources, CNN reported.

Freshman Rep. George Santos, R-N.Y., who is facing legal issues and mounting calls to resign for repeatedly lying about his background, was also awarded seats on two low-level committees.

The House Republican Steering Committee, controlled by McCarthy and his top allies, asked Santos to serve on two House panels: the Committee on Small Business and the Committee on Science, Space, and Technology, CNN reported.

The New York Republican had privately lobbied GOP leaders to serve on two more high-profile committees, one overseeing the financial sector and another on foreign policy, but top Republicans rejected that pitch.

Santos fabricating parts of his résumé has remained the subject of controversy, but McCarthy has said that it should be left up to voters in his district to decide his fate and not lawmakers.

House Majority Leader Steve Scalise, R-La., said on Tuesday that Santos has been "answering some very serious questions" and now he has "to focus on the things that he promised he would do."

Rep. Byron Donalds, R-Fla., who sits on the Steering Committee, defended the plan to install Santos on committees.

"In this country you're innocent until proven guilty," Donalds said. "There have been members who issues have come up (for) in the past. They were allowed to be on their committees, be sat on committees. And then the legal process takes hold and we make adjustments. So that's probably what's going to happen."

about the House GOP