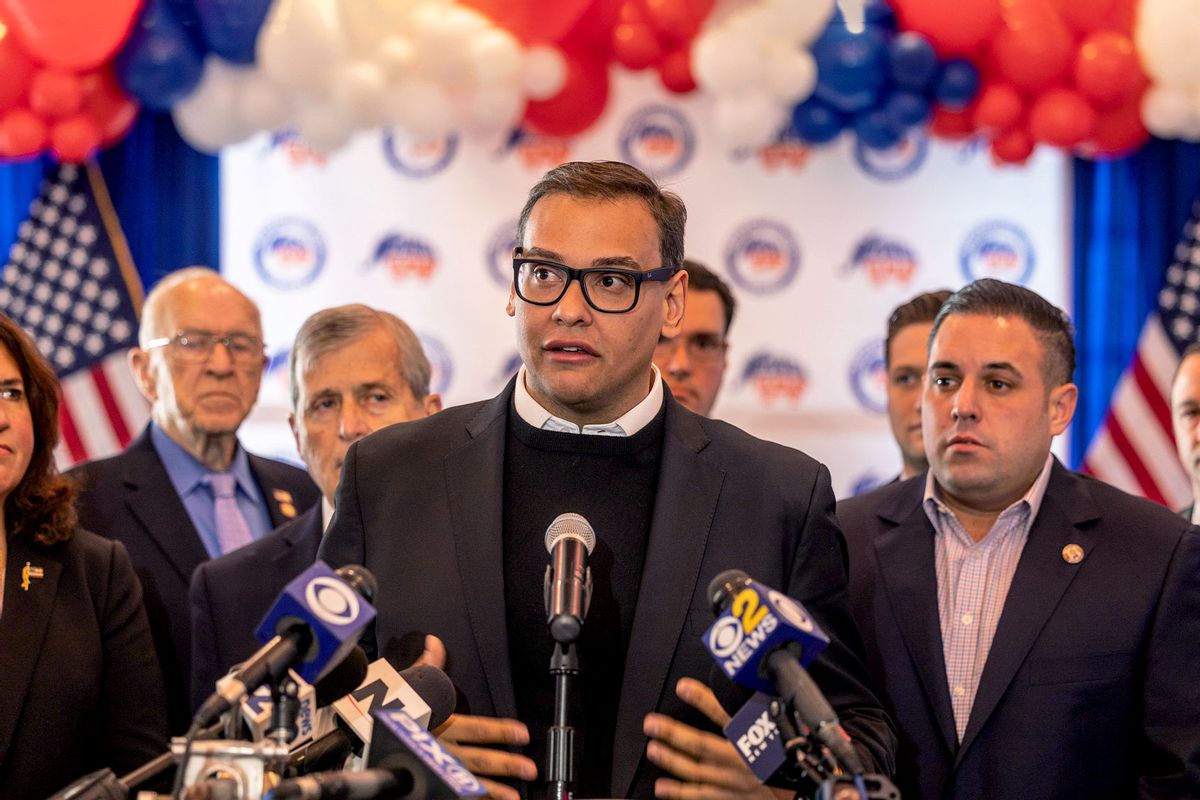 Newly seated Rep. George Santos, R-N.Y., worked for finance company Harbor City Capital which — before it shut down amid scandal — the Securities Exchange Commission described as a "classic Ponzi scheme." And, according to court-appointed lawyers now investigating the former company's assets, Santos received income from that company in April 2021 — at least a month longer than he claimed in his campaign filings and disclosures.

The latest information about the timing of Santos' reported income offers investigators a closer look as they follow an increasingly suspicious paper trail. As reported by the Washington Post, Santos' final Harbor Capital income in April 2021 came about a month before Santos and former Harbor City CFO DeVaughn Dames registered Santos' mysteriously and suddenly profitable company, Devolder, in May 2021. Santos received a $750,000 salary plus $1 million in dividends from Devolder through 2021, and claimed to have lent his campaign $705,000 — including more than 800 suspiciously receiptless expenses under $200, the Federal Election Commission's disclosure-requirement threshold.

"He broke the law by lying": Santos hit with FEC complaint over mysterious $705K campaign loan

When CNN's Kristin Wilson approached Santos, the congressman said he would resign "if 142 people ask me to resign."

The number went unexplained. It would require two-thirds of the House's 435 members to vote to remove a sitting member — 290 when the House is fully seated.

But by noon EST, the congressman clarified to reporters that he has no plans to resign.

McCarthy told CNN that, for now, Santos "will continue to serve."

"There is a concern. He has to go through the ethics (complaint process). We'll let him move through that but -- right now -- the voters have a voice in the decision," McCarthy said.

In a Thursday morning press conference, House Minority Leader Hakeem Jeffries, D-N.Y., called Santos "a complete and total fraud." Per reporting from Politico's Nicholas Wu, Jeffries said it was up to the GOP "to do something about it."

"The spectacle that is George Santos speaks for itself," Jeffries said. "This is an issue that Republicans need to handle. Clean up your house."

Santos is also still wanted in Brazil for, as he admitted, stealing another man's checkbook from his own mother -- then using the stolen checks to buy himself a new wardrobe in 2008.