“That’s my wife,” Trump exclaimed about a photo of rape accuser E. Jean Carroll, who he said was not his “type” 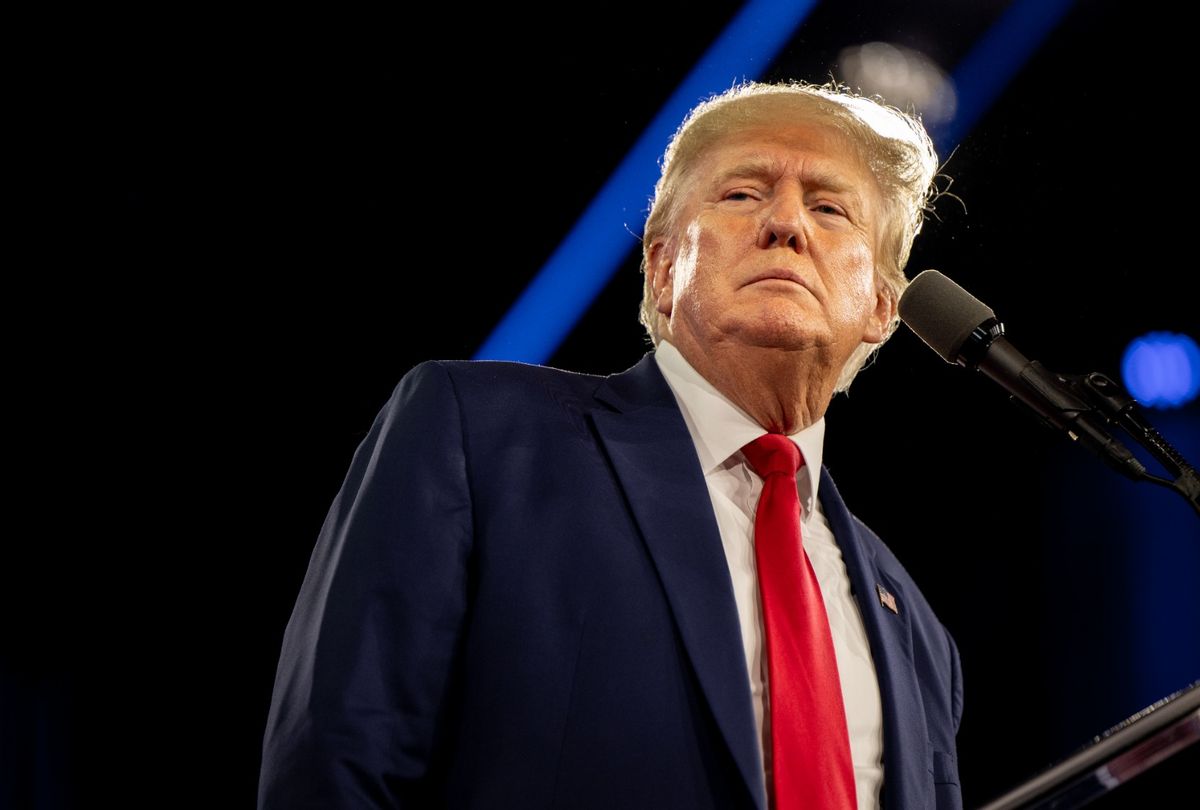 Former President Donald Trump mistook a photo of rape accuser E. Jean Carroll for his ex-wife Marla Maples during a deposition in Carroll's defamation lawsuit last year, according to an unsealed deposition transcript.

Carroll, a longtime magazine columnist, in 2019 accused Trump of raping her in the dressing room of a New York department store in the mid-90s. Trump responded by claiming that he didn't "know anything about her" and claimed that she was "not my type," prompting Carroll to file a defamation lawsuit.

During a deposition at Mar-a-Lago last year, Trump was shown a photo of Carroll from the 1990s.

"That's Marla, yeah. That's my wife," Trump said according to a newly unsealed portion of the transcript first reported by The Washington Post.

Trump attorney Alina Habba rushed in to correct him.

"No, that's Carroll," she explained.

Carroll's attorney Roberta Kaplan pressed Trump during the deposition on his claim that Carroll was not his "type."

"I saw her in a picture. I didn't know what she looked like… and I say it with as much respect as I can, but she is not my type," Trump said in the transcript, referring to a photo of him and Carroll that she released at the time of her allegation. "Physically she's not my type, and now that I've gotten indirectly to hear things about her, she wouldn't be my type in any way, shape, or form," he added.

Trump in the 1990s was so captivated by Maples' looks that he hoped their then-1-year-old daughter Tiffany would inherit her features.

"Well, I think that she's got a lot of Marla, she's a really beautiful baby, and she's got Marla's legs. We don't know whether she's got this part yet [gestures toward own chest], but time will tell," Trump said in a 1994 clip unearthed by The Daily Show.

Carroll sued Trump for defamation and under the Adult Survivors Act, a New York law that allows alleged victims of sexual assault to sue their abusers even if the statute of limitations has expired.

Trump during the deposition vowed to sue Carroll and her lawyer.

"I will sue her after this is over, and that's the thing I really look forward to doing," Trump said in the transcript. "And I'll sue you too because this is -- how many cases do you have? Many, many cases, and I know the statements that were made -- that you made. 'Keep Trump busy because this is the way you defeat him, to keep him busy with litigation.' So I will be suing you also, but I'll be suing her very strongly."

"Are you done?" an attorney replied.

Trump asked a federal judge to dismiss the lawsuit but the judge denied the request and ordered parts of the deposition to be released.

In other excerpts released last week, Trump repeatedly attacked Carroll, calling her a "nut job" and accusing her of making up the rape allegation to promote "a really crummy book."

"She actually indicated that she loved it," he said. "OK? She loved it until commercial break. In fact, I think she said it was sexy, didn't she? She said it was very sexy to be raped. Didn't she say that?"

Trump was referring to a 2019 CNN interview in which Carroll explained that she preferred not to use the word "rape" because some people think "rape is sexy."

"It's your testimony that E Jean Carroll said that she loved being sexually assaulted by you?" an attorney for Carroll asked.

"Well, based on her interview with Anderson Cooper, I believe that's what took place," Trump replied. "And we can define that … I think she said that rape was sexy – which it's not, by the way."