Brazil, Peru, Germany and Jan. 6: Not all attempted coups are the same

In Brazil, 1,000 rioters were immediately arrested. In Germany, the plot was stopped early. But in America ... 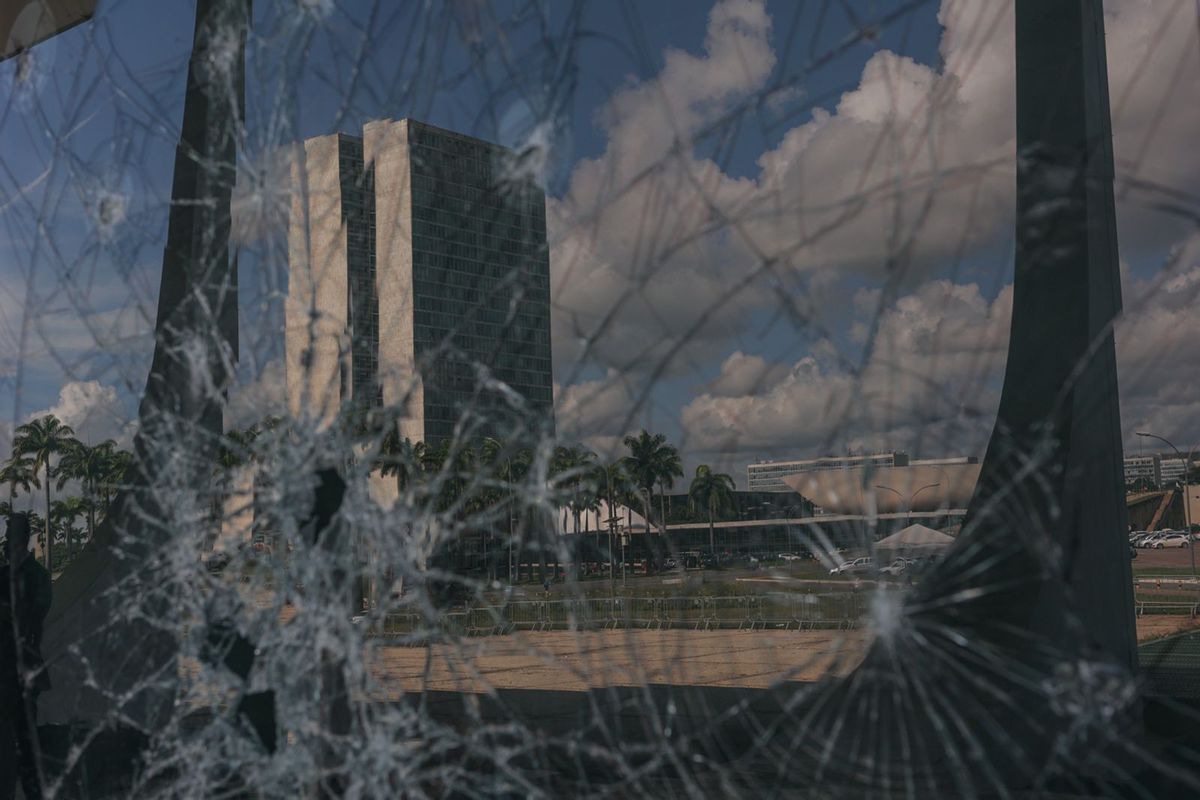 Damage inside the Brazilian Supreme Court building following the Jan. 8 attacks in Brasilia. (Rafael Vilela for The Washington Post via Getty Images)
--

Not all attempted democratic nation-state coups and their governmental responses — whether preventative or post-juridical — are the same. A "comparison" of four recent coup attempts in four constitutional republics — the United States, Peru, Germany and Brazil — reveal, if nothing else, legal evidence of 21st century American exceptionalism.

Some two years after Donald Trump's failed insurrection, three other failed coups were prevented or defeated in South America and Europe. Only one of these attempts was not brought about by a president or former president.

Crime and un-punishment: Now Republicans have a roadmap for a better coup

In Peru and Germany, plans to execute coups d'état were preempted in December 2022.

Early in the morning of Dec. 7, 2022, Peruvian President Pedro Castillo attempted to dissolve the Peruvian Congress in the face of impending impeachment proceedings by its legislative body similar in nature to Trump's second impeachment in February 2021. Castillo enacted a curfew, established an emergency government and called for a constituent assembly.

By the end of the day Castillo had been arrested for the alleged crime of rebellion and impeached by 101 members in the 130-person legislative body. The vice-president had been sworn in as Peru's next president.

On the same date, 25 people were arrested in raids across Germany on suspicion of plotting to overthrow the government. The group consisted of far right and ex-military figures evidently influenced by the QAnon conspiracy theories and at least thematically aligned with Trump World. Their purported plans to storm government buildings and seize power did not come close to execution.

What distinguishes Peru and Germany from the U.S. is that these nations were better able to intervene because their legal systems had the necessary tools in place, including laws against domestic terrorism and acts against rebellion, and were willing to use them.

Peru was able to shut down Castillo's insurrectionary activities as they were being initiated, and Germany moved in to prevent an attempted coup before it could even begin.

Even with the laws U.S. authorities have in place, they could have prevented the Jan. 6 insurrection from occurring in the first place if those in charge had had a mind to do so.

U.S. authorities had the laws in place to prevent Jan. 6 from happening. Examples from Brazil, Peru and Germany suggest they simply lacked the will to do so.

Consider an earlier historical example, when some 35,000 opponents of the Vietnam War began to assemble on May 1, 1971, in West Potomac Park, near the Lincoln Memorial and the Washington Monument. They were preparing for a major protest on May 3, chanting, "If the government won't stop the war, we'll stop the government." Their stated goal was to fan out "across the capital at strategic interactions and bridges to create gridlock in the city and stop federal employees from getting to work."

The anticipated protests were a bust, however, mostly because they were disrupted by a massive police-military buildup ordered by Attorney General John Mitchell, later to become infamous for his role in the Watergate scandal.

By the evening of May 1, "the Defense Department had staged thousands of armed federal troops around the capital's suburbs and ordered in a military police battalion as well as a helicopter battalion. In the city, over 5,000 police officers were on duty, backed up by 1,400 National Guardsmen."

Turning to the case of Brazil's attempted insurrection earlier this month, authorities there also have appropriate laws in place and were prepared to use them, at least after the attacks began. By the end of the day of the failed coup attempt, authorities had arrested close to 1,000 rioters, compared to the zero arrests made in Washington, D.C., on Jan. 6, 2021.

Former President Jair Bolsonaro had styled his coup after Trump's, spreading fake news about electoral fraud and refusing to acknowledge his defeat at the polls. He had specifically used the example of the U.S. Capitol attack as a justification for dumping Brazil's electronic voting system.

On Jan. 8, when the rioters stormed Brazil's Congress, presidential palace and Supreme Court, Bolsonaro was already in Florida. In fact, his son, a Brazilian congressman, was rumored to be visiting Trump at Mar-a-Lago.

Within 24 hours of the event, the minister of justice had publicly told reporters that Bolsonaro was politically responsible for the events of Jan. 8, although his criminal liability would have to be legally determined.

I was told by Marília de Nardin Budó, a former journalist and criminology professor at the Federal University of Santa Catarina in Brazil, that during most of Bolsonaro's four years in office the media had attempted "to construct the idea that Bolsonaro and Lula [the current president] are the same, in the sense that they are opposites in ideology but equally radical." That only changed in "the final months before the elections," she continued, when the press began to notice that "Bolsonaro was against free speech and democracy," and developed a more pro-Lula perspective.

In our email exchange last week, Budó continued: "The coup d'état attempt gave Lula power we could never imagine he would have. Even the army (which was behind it) is now being investigated. For Brazil this is something completely new! All the democratic forces (even the right wing!) are calling for investigation and prosecution and Bolsonaro now is very weak politically speaking."

Budó said she felt "more optimistic now than in October when [Lula] won the elections. I think (maybe too optimistic) we are following a better pathway than the USA after Trump's crimes and the Capitol assault. I think that if Lula and the democratic forces really take advantage of the current political climate, Bolsonaro can be buried!"

She concluded by observing that Brazil now faces a range of problems "imported from the USA" that it never had before, including widespread right-wing fake news and "a huge group of delirious white people who have and idolize guns."

On Jan. 20, Brazil's Supreme Court authorized an investigation into Bolsonaro "over accusations he incited last weekend's riots by asserting that the election that removed him from office was rigged."

Under growing pressure from leftists in Latin America and U.S. lawmakers to expel Bolsonaro from his Orlando retreat, the former president has recently said he intends to return to Brazil by the end of January.

If Bolsonaro does not leave voluntarily, however, "it may take years to compel his departure, as the history of high-profile extradition requests to the U.S. government shows."

Meanwhile, back in the U.S., considering our political polarization, dueling presidential investigations, and Trump's co-conspirators in the House of Representatives beginning their "investigations of  the investigators," our democratic future does not look quite as bright.

about the aftermath of Jan. 6:

Gregg Barak is an emeritus professor of criminology and criminal justice at Eastern Michigan University, co-founder and North American editor of the Journal of White Collar and Corporate Crime, and author of "Criminology on Trump." He is currently writing the sequel, "Criminalizing a Former President: The Case of Donald Trump and the Missing Struggle for a New Democracy."