"She sees herself on the short list for Trump's VP": Bannon reveals MTG's presidential aspirations

"When MTG looks in the mirror she sees a potential president smiling back," Bannon told NBC News 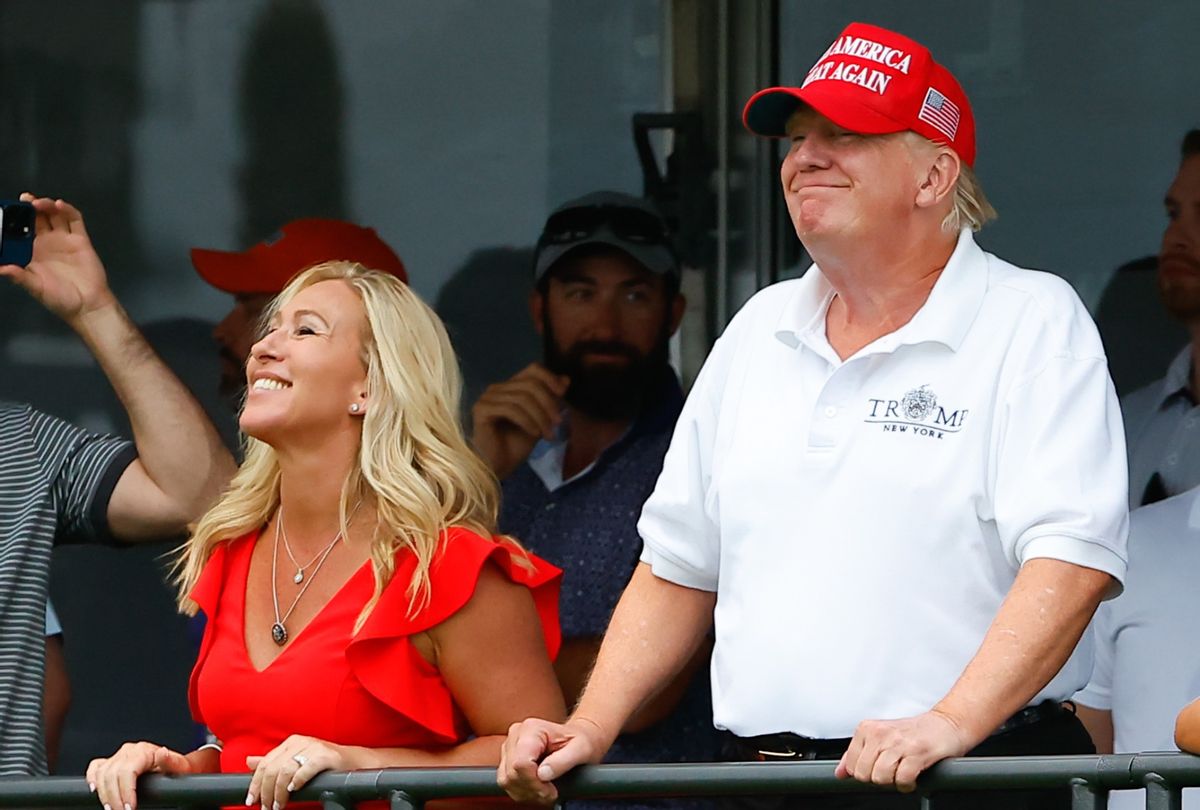 "This is no shrinking violet, she's ambitious — she's not shy about that, nor should she be," Bannon, Trump's former chief strategist, revealed in an interview with NBC News.

"She sees herself on the short list for Trump's VP," Bannon added. "Paraphrasing Cokie Roberts, when MTG looks in the mirror she sees a potential president smiling back," he said, referring to the late NPR and ABC political reporter.

A second source told NBC that Greene's "whole vision is to be vice president." The source, who has advised Greene and has ties to Trump, spoke with the outlet under the condition of anonymity in order to describe private conversations. He added that he believes Greene would likely be on Trump's short list of running mates.

Greene has tried to rebrand herself as a central figure in Republican Party and someone who can work with the party's hard-liners and reformers. The position of vice president is the ultimate goal for Greene, according to NBC's sources.

These aspirations explain why Greene fought so hard to help Rep. Kevin McCarthy, R-Calif., become House speaker and why she has taken assignments on two committees that are planning high-profile investigations into President Joe Biden's administration. McCarthy recently added her to be part of a panel investigating the government's handling of the COVID-19 pandemic.

While her support for McCarthy may have distanced her from allies in the far-right House Freedom Caucus, Bannon says it was a calculated risk that may pay off.

"She's both strategic and disciplined — she made a power move, knowing it would run up hard against her most ardent crew," he said. "She was prepared to take the intense heat/hatred short-term for the long-term goal of being a player."

Trump has not given any indications about who he is considering for his running mate and his aides have not responded to inquiries about Greene's chances of being his vice president.

"Congresswoman Greene is laser focused on serving the people of Northwest Georgia on her new committees in the GOP majority," Greene spokesman Nick Dyer told NBC. "Her work on Oversight, Homeland Security, and the COVID Select committee is her priority and people shouldn't get wrapped up into rumors."

Trump ran with former Vice President Mike Pence twice. However, the pair had a falling out after Pence accepted their 2020 defeat and Trump did not immediately call off his supporters who stormed the Capitol on Jan. 6, searching for Pence and chanting for him to be hanged.

As of now, Trump is the only official 2024 presidential candidate in either party, but has had a tough time garnering excitement since his launch in November 2022. Nevertheless, polls continue to show him as the odds-on favorite to win the GOP nomination. The next stops on Trump's campaign trail are in New Hampshire and South Carolina, two early key primary states.

Greene is known as one of the House's most high-profile Republicans and a remarkable fundraiser. During the 2022 midterm election cycle, Greene raised just below $12.5 million, according to the Center for Responsive Politics's Open Secrets tally.

Greene is also a pariah to many people within Congress — Democrats and Republicans alike — for some of her inflammatory conspiracy theories, including claims that Muslim congresswomen weren't sworn in legitimately and Jewish space lasers started a California wildfire. However, the same extremist views that alienated her from her peers have attracted Trump voters who enjoy her penchant for tearing down progressives.

In February 2021, the House voted to strip Greene of her seats on the Budget Committee and the Committee on Education and Labor for the "conduct she has exhibited." While the House was controlled by Democrats at the time, Eleven Republican moderates joined them in removing her from the legislative committees. McCarthy, a Trump ally, defended Greene at the time, and she was appointed to the House Homeland Security and Oversight committees after he won the speakership.