"Twilight," "The Muppets" are hits, but it's bad box office news for Hollywood -- and bland blockbuster formulas 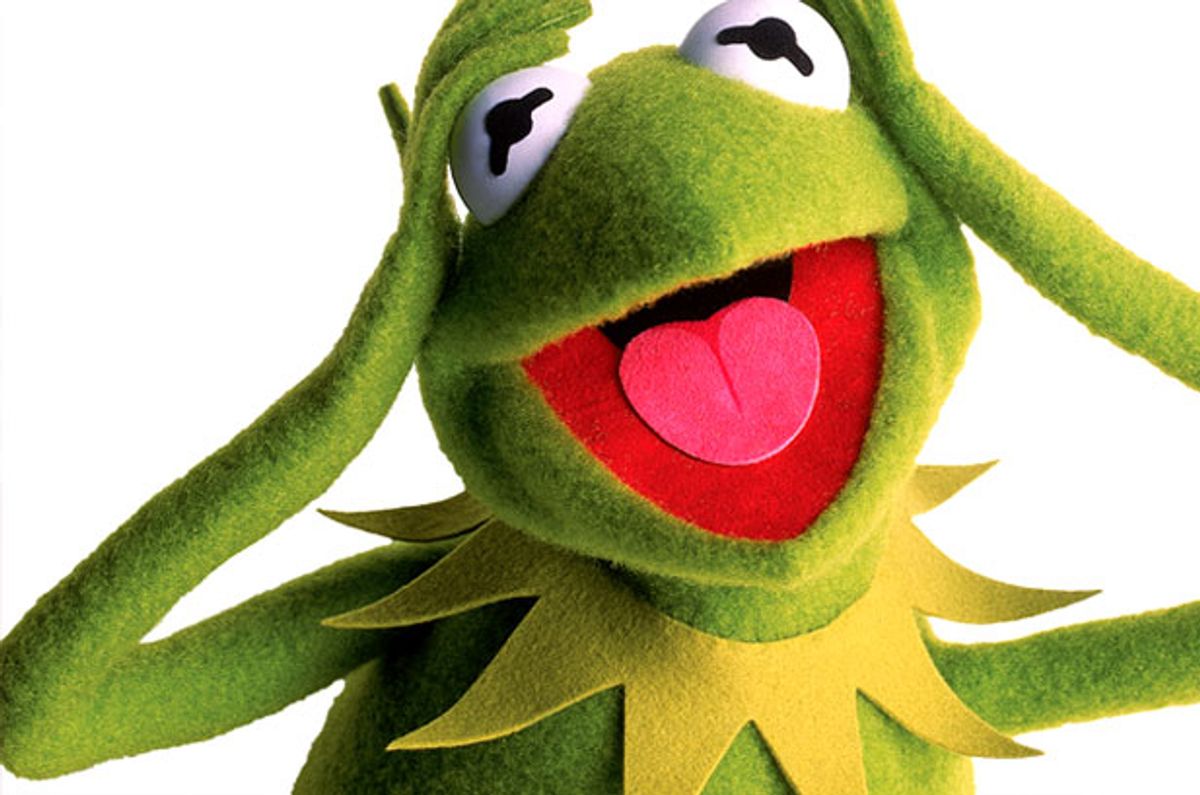 It's way too early to make apocalyptic pronouncements about the death of movies -- not that that's likely to stop anyone -- but Hollywood observers were startled by the news that the weekend of Dec. 9-11 produced the lowest domestic box-office returns in more than three years. (In case you're wondering, the No. 1 movie on that dismal September 2008 weekend was "Bangkok Dangerous," with Nicolas Cage, and no, I didn't see it either.) There's already an official industry spin-control operation, best exemplified by an EW.com article which variously argues that A) things aren't as bad as they look; and B) this is the inevitable culmination of a downward trend, and hence is no big deal.

Both things cannot quite be true. In fact, I suspect that things are not only as bad as they look for the Hollywood studios, they're probably worse. The yearlong contraction in moviegoing -- with most weekend grosses down by 10 percent or more, compared with 2010 and 2009 -- represents a major failure in the film industry's strategy of niche marketing and narrowcasting, coming in precisely the economic climate when movies are supposed to offer an affordable escape. (One of the maxims of the business is that even with higher ticket prices it will always be cheaper to take the family to the movies than to Yellowstone.) Audience interest in the major studios' parade of teen-oriented comic-book franchises seems to have faded -- either that, or this year's batch was especially crappy. There's increasing resistance to the premium ticket prices for 3-D screenings, and you have to applaud the American consumer for that one. Once again, 3-D has been exposed as an often-unnecessary gimmick; the cases where it adds something significant to the moviegoing experience (as in "Avatar" or "Hugo") are few and far between.

Furthermore, one thing the silver-lining talk can't conceal is the fact that this was supposed to be a good year at the box office. Extra dollars from 3-D screenings definitely boosted the industry in 2010, and this year's slate featured numerous big-budget action sequels, generally viewed as a license to print money. In fact, the three biggest movies of 2011 performed just as well as any Burbank bean counter could have expected: The last "Harry Potter" film, the next-to-last "Twilight" film and the third "Transformers" film will likely reach a cumulative gross somewhere north of $1 billion. Subtract those and a couple of other big hits -- "The Hangover Part II" and "Pirates of the Caribbean: On Stranger Tides" made almost $500 million between them -- and 2011 doesn't just look like a down year but an unmitigated disaster.

But while the summer months were jammed with overhyped spectacle movies that ranged from slight disappointments like "Thor" and "Captain America" to major flops like "Green Lantern" and "Cowboys & Aliens," I think the real weakness in Hollywood's current marketing strategy has been exposed in the latter part of the year. Almost every film aimed at adult audiences and awards voters has been crammed into a five- or six-week marathon between mid-November and Christmas Day, offering almost no opportunity for critics and moviegoers to focus on each one as an individual work with distinctive strengths and weaknesses.

Here's what I had to review between the week before Thanksgiving and the week after: "The Descendants," with George Clooney, long seen as a strong Oscar contender; "The Twilight Saga: Breaking Dawn Part I," probably the biggest commercial film of the fall season; "Another Happy Day," with an Oscar-candidate lead performance by Ellen Barkin; "The Artist," a black-and-white French silent film that has suddenly become an awards frontrunner; "A Dangerous Method," built around award-worthy performances by Michael Fassbender, Keira Knightley and Viggo Mortensen; "Hugo," Martin Scorsese's gorgeous 3-D film-history fantasy and a self-evident Oscar contender; "The Muppets," the only family movie this season that's actually a hit; "My Week With Marilyn," which is almost certain to get Michelle Williams another Oscar nod; "Coriolanus," a Shakespeare adaptation directed by star Ralph Fiennes; and "Shame," Steve McQueen's NC-17 drama starring Fassbender as a sex addict. That's not even counting "Rampart," with its widely praised performance by Woody Harrelson as a corrupt L.A. cop, or the Australian erotic drama "Sleeping Beauty," a possible art-house hit.

In this case, it's not the quality or variety of filmmaking on display that's the problem: That's a remarkable season of moviegoing, all packed into less than three weeks. In fairness, as the EW story notes, several of those films have performed well in very limited release. (Some of them are playing only in New York and L.A., to pave the way for an Oscar campaign.) But is it any wonder that none has captured the popular imagination, or become a topic of water-cooler conversation outside the rarefied circles of film critics and Academy Award prognosticators? Of course the tendency to load up the fall and winter season with so-called quality productions is nothing new, but this is ridiculous. It feels as if the film industry has abruptly arrived at a dysfunctional apartheid system: The masses in the multiplex heartland are fed a steady diet of prepackaged sequels and franchises (which they enjoy less and less), while bicoastal elite audiences face a relentless holiday-season barrage of prestige films that lose money but win awards.

This was not intentional, of course. Last year we had awards-friendly movies like "Black Swan," "The King's Speech" and "The Social Network," which played festivals, racked up Oscar nominations and ran up massive paydays. Last weekend's results suggest that we won't see that kind of crossover success from "The Artist" or "The Descendants" or "My Week With Marilyn," the friendliest options among this year's Oscar contenders. Scorsese's gorgeous "Hugo," with its reported budget of $170 million and its old-school Hollywood goal of trying to please everyone, has returned barely $25 million in three weeks and looks to become an epic disaster. If anything, it looks like 2010 was the anomaly, a blip of intersection in the long curve of separation between the cynical movies Hollywood makes to make money and the more idealistic ones it makes to make itself feel good.

Whenever people in the movie business hear bad news, they look toward next week. So of course there's hope that Steven Spielberg's World War I epic "War Horse," or David Fincher's take on "The Girl With the Dragon Tattoo," or Meryl Streep's performance as Margaret Thatcher in "The Iron Lady," will turn the tide of 2011 before the final bell rings. That isn't terribly likely, but it's also not like another hit or two will do anything to address the deep-seated structural problems in the American film industry. It's been years since Hollywood abandoned its attempt to please all the people all the time in favor of a Faustian bargain with social science, slicing and dicing its audience into ever-narrower categories. This year, that model went sour in a big way, and except for a handful of big hits, Hollywood couldn't please anybody. I don't claim to know which way the industry will lurch in 2012, but after this desperate year, a major crisis of confidence is in full effect.