When the school is the bully 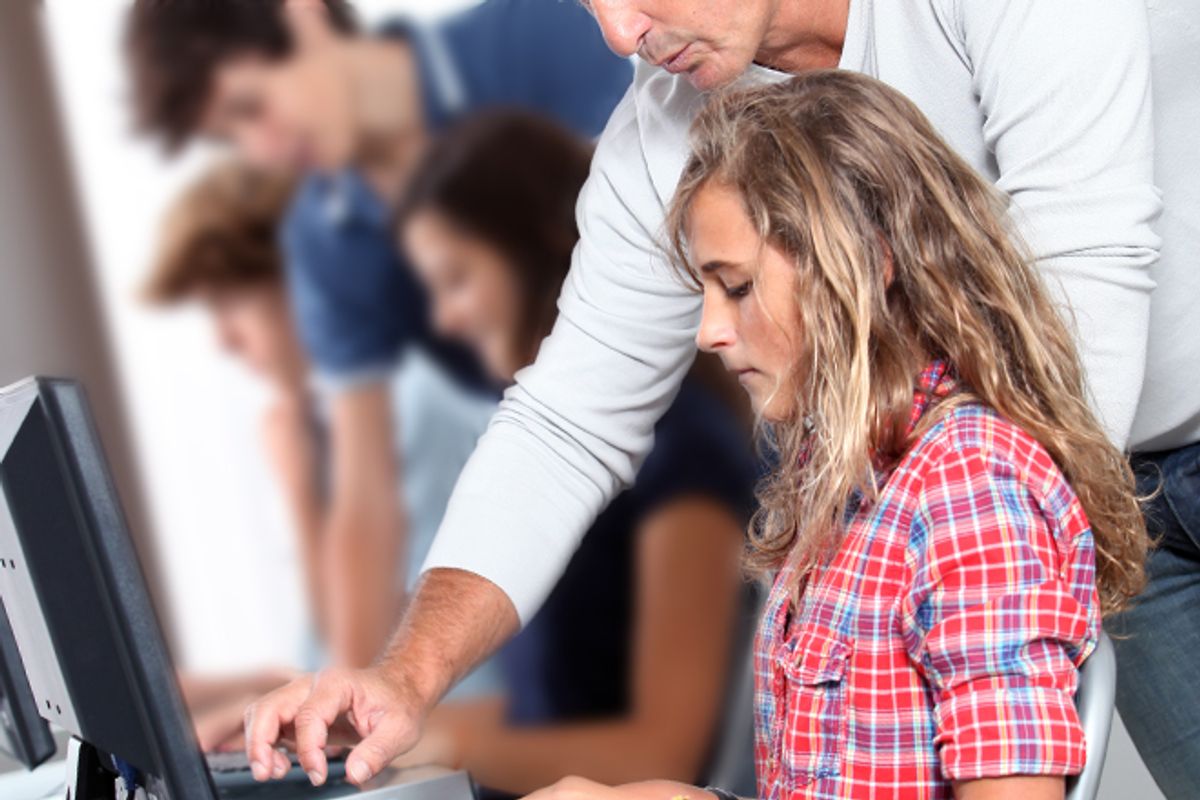 In a world that still asks women if they're "mom enough" and debates our "obsession" with our children, Pam Broviak this week showed us what an awesome mom looks like.

Last fall, Broviak says, her 13-year-old daughter's suburban Chicago school forced her to let them access her Facebook account and scour her private information, a policy Broviak says is commonplace in the Geneva Middle School South. In a blog post in April, Broviak added that when the incident happened, "the vice principal called me to demand I come to the school immediately to read through [my daughter's] private messages."

Broviak told MSNBC Friday, "What a violation of my daughter's privacy this whole episode was," adding that the experience took "a huge toll on my daughter, who ended up crying through most of the rest of the day and therefore missed most of her classes. She was embarrassed and very upset." She says when she confronted the school about the issue, they told her it was routine policy to investigate students' social networking pages and cellphones.

Geneva schools superintendent Kent Mutchler told MSNBC Friday that Broviak's version of events is inaccurate, stating, "We would never demand someone's password. When you have someone's password, you open yourself up to other issues." But alarmingly, he added, "If we have a disruptive situation, a school [official] will ask to see the page, and if the student refuses, we call the parents ... There are different levels of concern. If there is a drug trafficking suspicion, we'll get the police involved. If it's something like cyberbullying, we'll say, 'This has been reported to us,' and ask to see the page. We ask, 'Is there something you want to show us?' that sort of thing. And they volunteer."

Oh, they just up and volunteer? Let's think about this a minute. You're a 13-year-old. It's implied you're in trouble for something, and your teacher or principal suggests that if you have nothing to hide, why wouldn't you share what you've been doing online? That's a fantastically intimidating and pathetic abuse of power, wielded against the kids you're daily teaching to comply to your requests.

And, as Broviak points out, that kind of behavior isn't just a violation of the student's privacy --  but that of anyone in her social media circle. "Some families communicate through Facebook," Broviak told MSNBC. "What if her aunt was going through a divorce or had an illness? And now there's these anonymous people reading through this information."

Sadly, this kind of repulsive invasion isn't an isolated incident. Last month, Garrett, Ind., high school student Austin Carroll was expelled for using profanity on Twitter. And, mind-bogglingly enough, earlier this month 4,000 New Jersey third-graders were asked "to write about a secret and why it was hard to keep" on a standardized test.

Schools are -- not without justification -- scared witless about the ease with which kids commit all kinds of wrongs via social media. They're concerned about how they interact, and the consequences of their communications. Great. But that doesn't mean ignoring the basic fact that kids are entitled to privacy, too. They're entitled to complain about their homework load; they're entitled to post silly pictures of themselves; they're entitled, in short, to express themselves on their own turf in their own terms. Sometimes that notion that kids are out there behaving in ways we're not privy to can be terrifying for adults. Tough. How about working with them to include empathy and conflict resolution in the curriculum, instead of cracking down on their extracurricular lives? How about talking to them? Because snooping around in people's private lives, coercing them into compromising behavior – it's called bullying. And isn't there already enough of that in our schools?