Veterans for Bernie Sanders: Why the anti-war candidate is so beloved by former soldiers 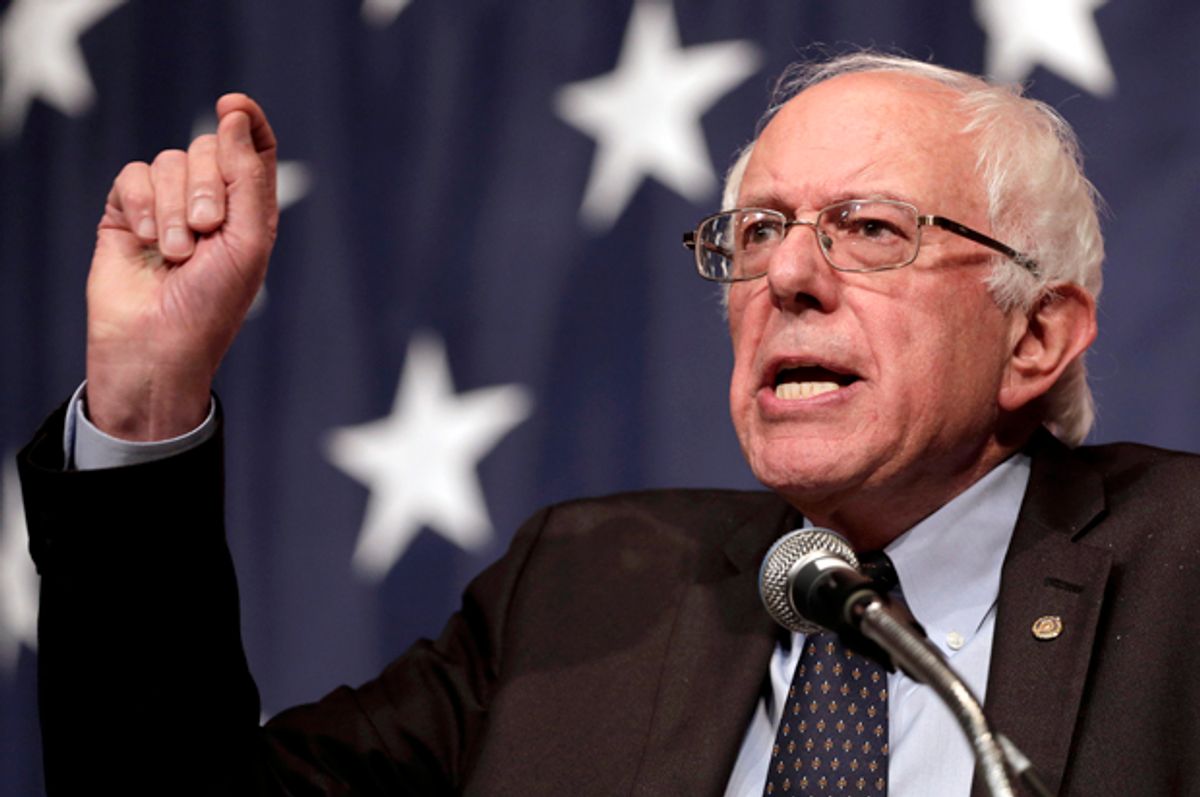 When then-freshman Vermont Congressman Bernie Sanders first arrived in Washington, D.C., he didn't first tend to the great social democratic causes that he spent his life working on: a national living wage, health care for all, or expanding labor unions.

Rather, the very first bill he introduced was H.R. 695 – the Guard and Reserve Family Protection Act of 1991. The purpose of the bill was to make sure that reserve and National Guard soldiers who were deployed to serve in the Gulf War were entitled to any pay they may have missed as a result of going to war, to ensure that their deployment wages were equal to their civilian wages.

Sanders' career in Congress has been living testimony to the fact that opposing wars but supporting our soldiers are not mutually exclusive goals. He has been a consistent advocate for both active duty military and veterans, and there are now signs that those veterans are returning the favor, organizing for his campaign.

A Steadfast Advocate For Veterans

“He works for veterans. He’s not just saying that. He does do the work,” said Brenda Cruickshank a retired Army nurse who served as the past commander of the Vermont Veterans of Foreign Wars (VFW), over the summer. Indeed, last spring the national VFW presented Sanders with its 2015 Congressional Award.

That award came after Sanders forged a successful compromise to overhaul the Veterans Administration (VA), which had been plagued in scandals over its inability to handle its intake. “Last year when we had the scandal at the VA, he was incredibly effective, engaged in getting the legislation passed, in getting it funded. Frankly, without him, I don’t think we would have gotten it done because there was a lot of name-calling but there wasn’t a lot of constructive, ‘OK, here’s the resources. …’ And he did it,” said Senator Jack Reed (D-RI), noting how crucial Sanders was to the overhaul.
The praise for Sanders for his leadership on the VA issue was bipartisan. The deal wouldn't have gone down without the support of Sen. John McCain (R-AZ), who worked closely with Sanders. “I found him to be honorable and good as his word. And his word was good,” said McCain. “Senator Sanders understands what it takes to get legislation across the goal line,” said Sen. Richard Burr (R-NC) of the VA compromise. “I think he's very outspoken in terms of where he is ideologically. But when he gets down to the need of get legislation into law, then I find him to be one who's willing to sit down and compromise and negotiate to get a final product.”

The VFW award joins numerous other awards Sanders has received for his work for veterans, including the 2014 American Legion Patriot Award and the Military Officers Association of America Colonel Arthur T. Marix Congressional Leadership Award, given to Sanders in April 2014.

It's no surprise that Sanders's work for veterans is now leading many veterans to support him. An affinity group, Veterans for Bernie, has launched to mobilize veterans who support Sanders. The site pushes out social media content based around endorsements from individual veterans, such as this one from Doc Bergeron, Navy vet:

The group is currently led by Tyson Manker, an Iraq war veteran who joined the military after the September 11th attacks but calls his trust in Bush to go after the people who did the attacks “sorely misplaced.”

Manker recalls that when he returned home in 2003, “there were literally no PTSD psychological counseling services of any kind...They shipped us home and that was it.” The next year, he tried to seek help at the VA in Springfield, Illinois but was told there was nothing they could do for him.

He started doing drugs and and drinking heavily until in 2007 he was nearly stabbed to death in Austin, TX. Manker saw this as a wake up call and decided to take out loans to go to college and law school. Today he is an attorney and an adjunct professor.

While in college, he learned about Bernie Sanders during a class project. As a fellow independent, Manker came to admire the Senator, believing him to be above the corruption he saw in the political process, and even showed up at his very first rally at Drake University, in Des Moines.

Today Manker spends half a dozen hours a week organizing veterans to support the Sanders candidacy. “When most every politician gives lip-service to military personnel, Bernie Sanders gets stuff done. He's heard hundreds of testimonials, and he understands our issues. He's the only candidate who talks about, let alone understands, the "true costs of war." Frankly, he has demonstrated a genuine concern American Veterans and the issues we face. As President, I know Bernie will never rush to judgment on foreign policy issues, or lie about his intentions. I know that he'll never put troops into harm's way unless it's absolutely necessary to keeping America safe. And I know that he will fundamentally transform the VA into a leading example of modern healthcare, one that is worthy of all Veterans,” says Manker.