"No peace, no p**sy!" In a delirious, heartbreaking Aristophanes update, Spike Lee blames us all for gun violence 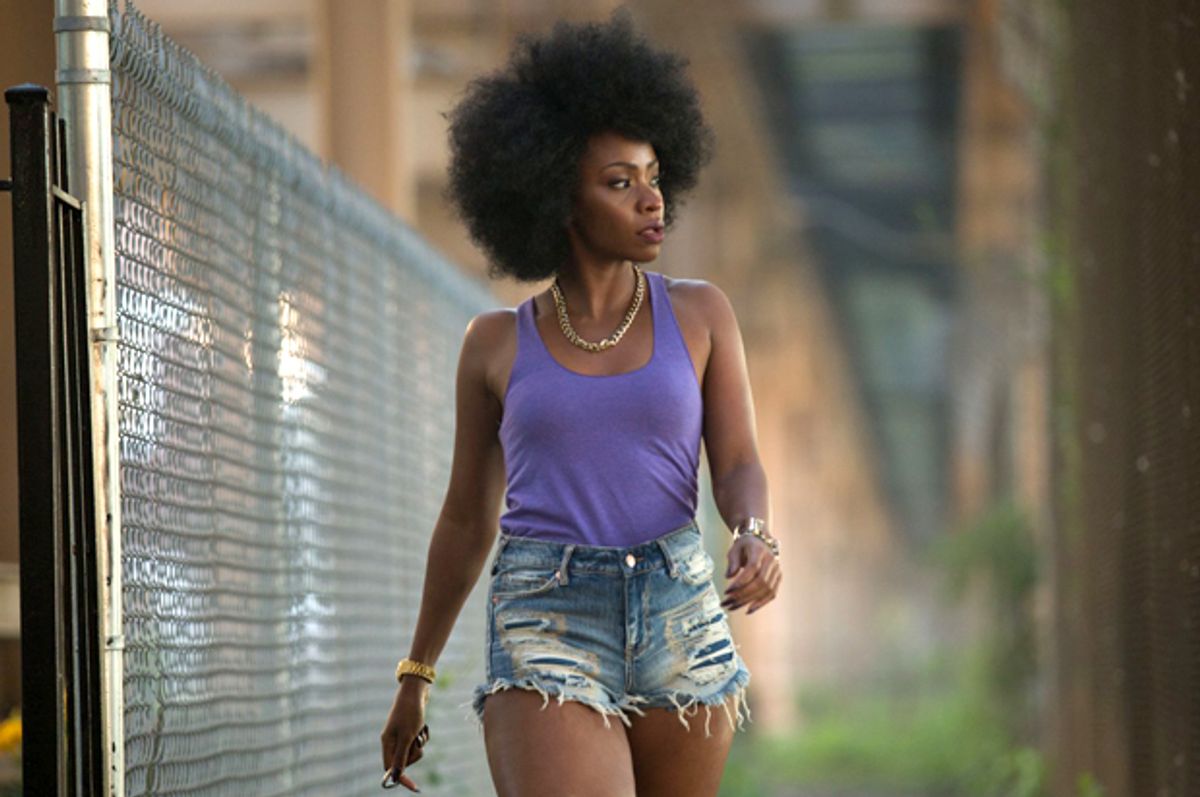 One standard complaint often heard from white conservatives is that African-Americans are eager to complain about police killings of black citizens but say nothing about black-on-black violence. Anyone who has even marginal contact with the black community already knows how ludicrous that is. Spike Lee's memorably ambitious new movie "Chi-Raq," a heartbreaking tragicomic adaptation of Aristophanes' "Lysistrata" set in present-day Chicago, stands as an eloquent refutation of that thesis.

In fact, it has always puzzled me when white critics depict Lee as an anti-white bigot. Have they noticed any of the foolish, arrogant and avaricious black characters in his films? Lee has consistently depicted the African-American community as consumed by hypocrisy, corruption, shallow materialism and self-hatred. His offense against the dicta of white folks' morality, I suppose, lies in seeing those things as profoundly tragic and as stemming from complicated historical roots, and in suggesting that they reflect the underlying values of a racist society.

What right-wingers on TV whose undies are bundled over Black Lives Matter actually want, of course, is not black political engagement with the causes or consequences of violent crime in the black community. They don't want that at all. They want black unconditional surrender. They would like to hear African-Americans or their community leaders not merely excuse whatever police do in the black community as justified, but also agree that the prevalence of drugs and gangs and criminal activity in black neighborhoods results entirely from some mysterious, imagined deficit or dysfunction in "black culture" that has also produced hip-hop music and distressingly baggy pants.

The problem for such viewers with the deliriously messy "Chi-Raq" -- with its rhyming couplets, slow-jam dance numbers and rallying cry of "No peace, no pussy!" -- is that it's more like a declaration of war than a surrender.

Lee and co-writer Kevin Willmott (he made the brilliant mockumentary "CSA: Confederate States of America," in which the South wins the Civil War and slavery continues into the media age) are perhaps declaring war on too many things at once: On an economy rigged against the poor, the mass incarceration of young men of color, a government held in thrall by the National Rifle Association, a failed educational system and the complacency and self-delusion of the black community itself. But I say what the hell. Those things are eminently worth attacking, and if "Chi-Raq" is a messy and imperfect work of agitprop cinema, it also reduced me to tears at least twice, made me laugh a bunch of times and had the entire audience -- at a critics' screening -- whooping and hollering along with the congregation during a fire-breathing sermon delivered by John Cusack.

Yeah, I said John Cusack, who unless I have missed some important news story, is about as white-boy as they come. He plays a Catholic priest in a South Side parish who gets one of the movie's biggest scenes. Lee has always been clear that America's racial problem is not about white people as such, but an institutional system of white racism that allows all individual white people to hold themselves innocent of its history and unaccountable for its continuing operation — hey, I never owned any slaves, and Jim Crow laws were abolished while I was in the cradle! What does any of that stuff have to do with me?

Not only does Cusack get a prominent role, we also encounter a genial white police captain armed with significant trivia knowledge about the Chi-Lites. If only racial harmony were that easy, right? As in the Aristophanes original, Lee and Willmott don't pretend that the sex strike led by the gorgeous and resolute Lysistrata (Teyonah Parris) and her black and brown sisters of the South Side will really be enough to end Chicago's epidemic of violence. (If the title requires explication, Lee provides it promptly: More Americans have died on the streets of Chicago since 2001 than in the Iraq and Afghanistan conflicts.) In the collision between Lysistrata and her diabolically handsome boyfriend, who has himself taken the rap name Chi-Raq and is beyond doubt a "thug 4 life" of the highest order, we understand who is likely to win but not why or how.

In a film crowded with colorful cameos -- Wesley Snipes as a one-eyed gangster, Angela Bassett as a community leader and Samuel L. Jackson as a combination of stand-up comedian, street prophet and Greek chorus, just for starters -- and loaded up with film-school winks and nods to "Doctor Strangelove" and "Patton" and whatever else I didn't notice on first viewing, it's tough for one actor to stand out. But Nick Cannon's complicated and masterful performance as Chi-Raq, a young man who embodies the contradictions of his community, who is both a perpetrator and a victim of the heartless violence that has surrounded him all his life, accomplishes that. We don't see enough of Chi-Raq's inner life for me to fairly compare him to someone like Dostoevsky's Raskolnikov, but in all honestly Cannon made me feel that mixture of pain and recklessness and uncertainty that produces cruelty to self and to others. Does this story end, as Dostoevsky's did, with the suggestion that even a man guilty of such terrible things can be redeemed? It does -- and that, too, is a rejection of what smug suburban morality demands of black artists, black activists, black people.