Colbert pictures one possible endgame for the Trump presidency, and it looks very familiar to TV historians 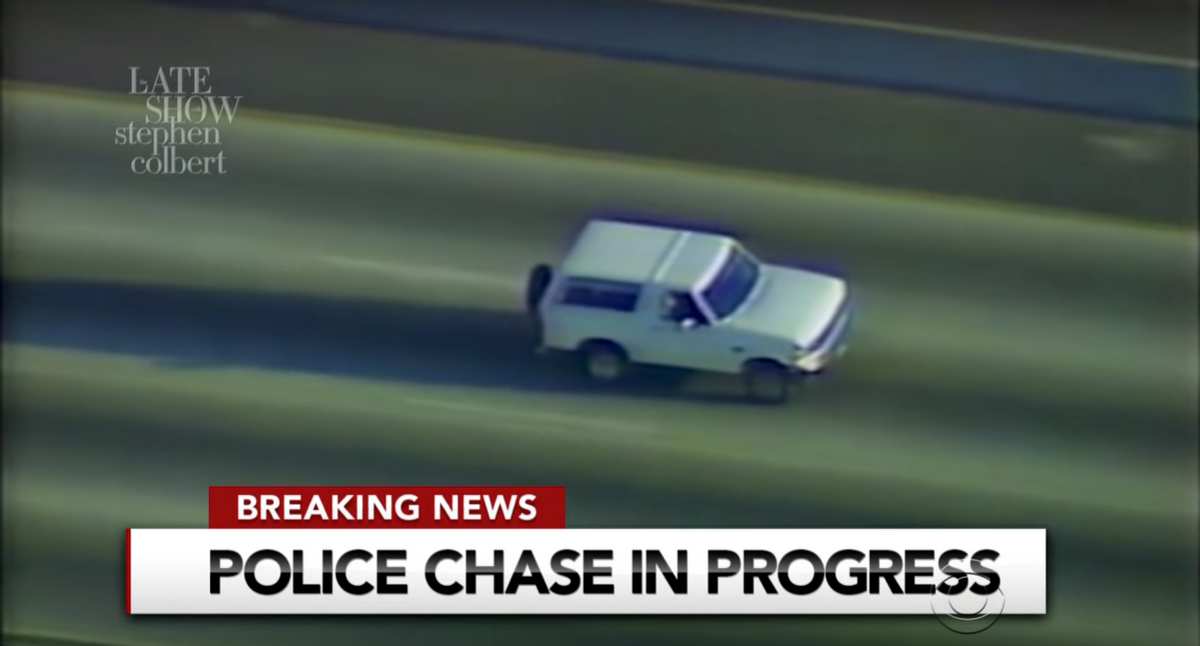 While America debates whether President Donald Trump's latest scandals amount to impeachment-worthy conduct, Stephen Colbert tried to envision what would happen if the president tried to flee his job. The only comparable scene that came to mind was OJ Simpson's infamous White Ford Bronco chase.

On Thursday, "The Late Show with Stephen Colbert" dubbed the 1994 footage of Simpson's leisurely pursuit to make it seem as if Trump was the one on the run from the law.

"An extraordinary scene unfolding on a Washington, D.C. highway," a news anchor says over footage.

He then reveals that Donald Trump and his closest aide, Steve Bannon, are the two individuals in the vehicle. The anchor notes that the chase comes on the heels of a special counsel being appointed in the Russia investigation.

For unknown reasons, Trump is apparently eating a taco bowl during this chase. Then the news anchor gets Trump on the phone, which leads to a very realistic conversation.

"This is a witch hunt," the fake Trump says in the video. "No one's every been treated more unfairly than Donald Trump."

"Oh, by the way, this is the highest-rated police chase ever," he adds.

According to The New York Times, about 95 million Americans watched Simpson's low-speed chase live. One of the most bizarre sights in the modern TV era, Simpson became the center of the one of the biggest events of TV history that June as the pursuit was carried live for various periods on CBS, ABC, NBC and CNN.

No doubt, Trump was likely jealous of those ratings.