And spend a little time tearing into Harvey Weinstein, too 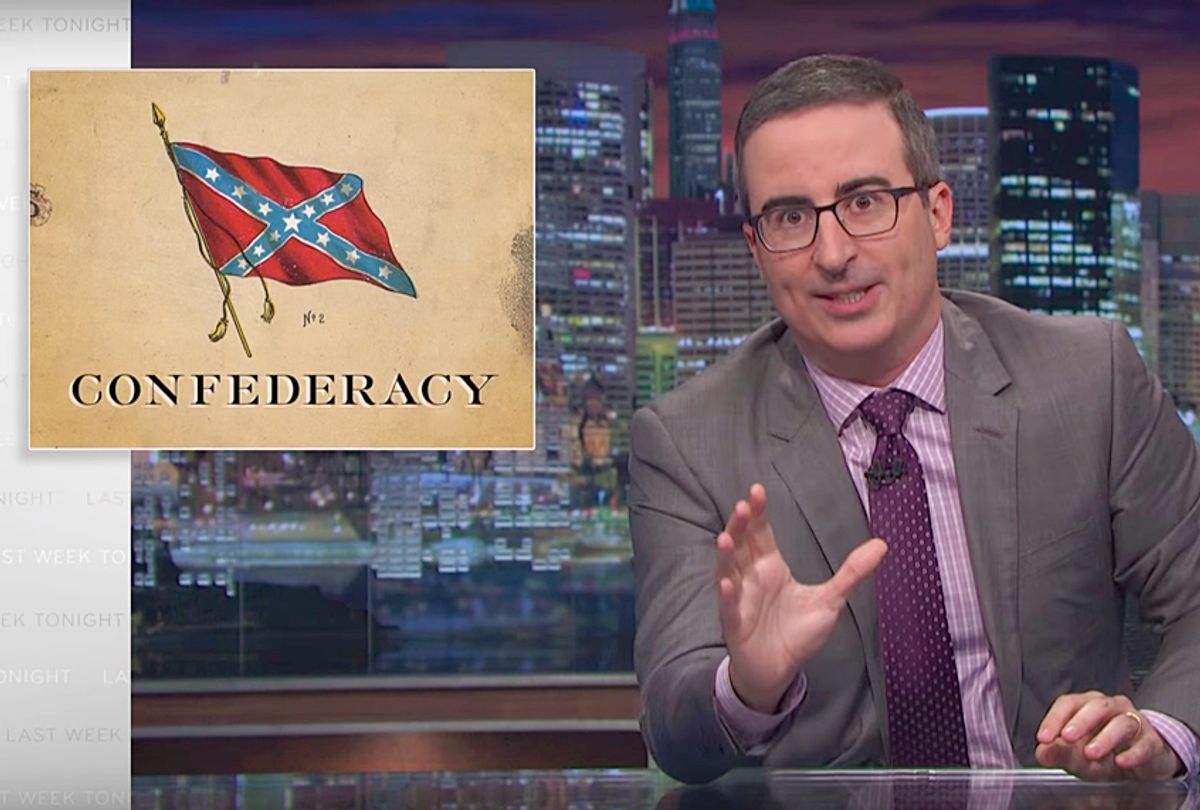 In his monologue about the Confederate memorials, Oliver noted that most of them had been constructed either at the turn-of-the-century or during the 1950s and 1960s. This wasn't a coincidence, he pointed out, but a direct result of the fact that white supremacists wanted to send a message to African Americans seeking equal rights.

Oliver also noted on the irony of American military bases being named after Confederate soldiers.

"Think about that . . . they were the enemy and they killed U.S. soldiers. That’s like finding out Nancy Kerrigan named her child Tonya Harding," Oliver said.

He also made it clear that he was only arguing people to recognize that Confederate memorials exist to reinforce white supremacy, not to make white people feel badly about what their ancestors may have done.

"I have to believe that; I’m English and I would like to go to an Indian restaurant at some point in my life," Oliver joked.

Oliver's position on Confederate memorials is not necessarily the consensus view. Civil War historian Peter Carmichael told Salon in August that he felt it was important for historians not to presume to know what other people see when they go to a Confederate memorial. At the same time, the Confederacy was created for the explicit purpose of maintaining slavery, and terms like white pride exist today in the same way that Confederate memorials do — to reinforce white supremacy.

See the whole segment — with a guest appearance from another "Daily Show" alum — below.

Oliver also took on Harvey Weinstein, the movie producer accused of sexually harassing multiple women throughout his decades-long career. In particular Oliver tore apart Weinstein's apology, which still denied the claims against him. His representatives would later threaten to sue "The New York Times" for publishing its exposé on the allegations.

In a statement to the Times, Weinstein had said, "I came of age in the 60's and 70's, when rules about behavior and workplaces were different." Weinstein added "I have since learned it's not an excuse."

"Yeah, you're right," responded Oliver. "Your excuse isn't an excuse. In fact, it isn't even an excuse for that behavior in the ’60s! ‘Well back then, we had no idea that women didn’t want to be forced to look at dicks. That wasn't discovered by scientists until 1998. It was a different time."

See Oliver unload on the producer below.