After decrying Harvey Weinstein's sexual misconduct, Ben Affleck's past is coming back to bite him 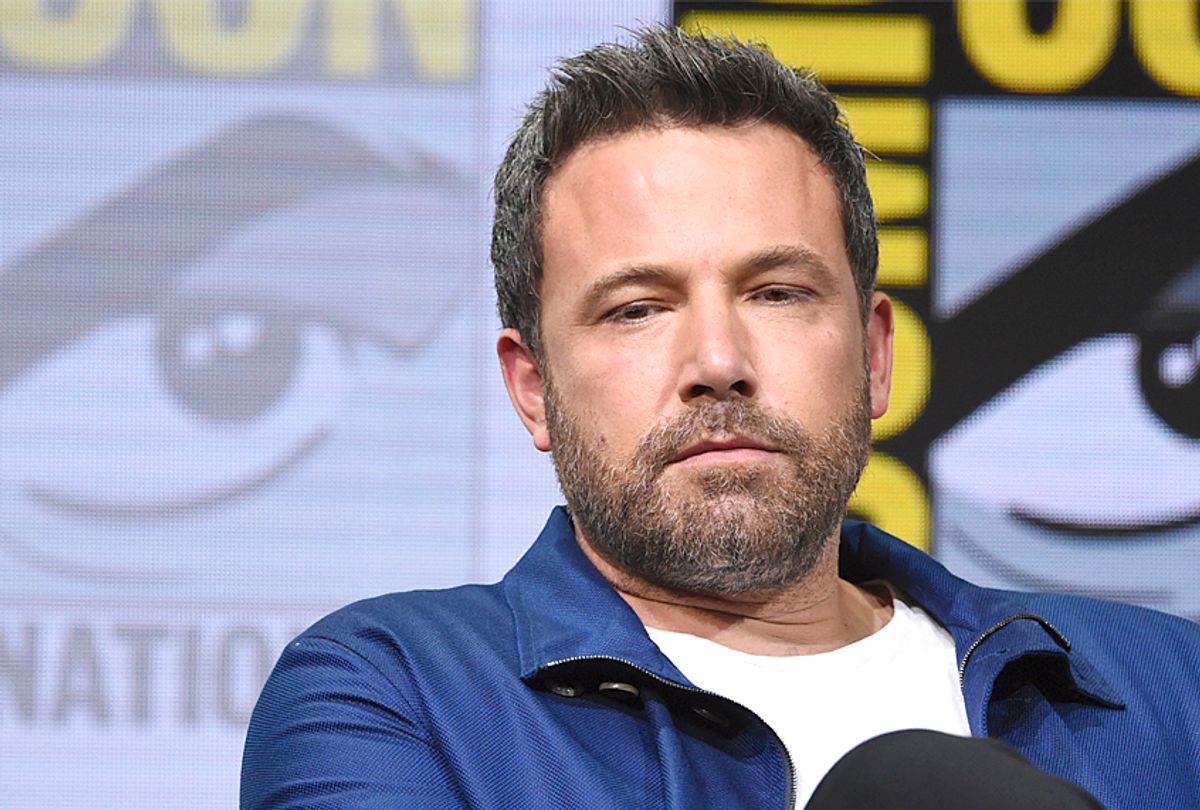 With each passing day, actor Ben Affleck finds himself more and more mired in the wide circle of Harvey Weinstein's sexual harassment history.

After a period of pronounced silence, Affleck came out with a statement on Tuesday decrying the sexual misconduct of Harvey Weinstein, whose production company Miramax produced Affleck’s “Good Will Hunting” and other films starring and directed by the actor.

“I am saddened and and angry that a man who I worked with used his position of power to intimidate, sexually harass and manipulate many women over decades,” Affleck said. “We must support those who come forward, condemn this behavior when we see it and help ensure there are more women in positions of power,” he added.

Immediately, Rose McGowan, one of those same women Affleck referenced, jumped in to call him out. She’s been extremely vocal about the recent news and referenced Affleck’s brother Casey, who has been mired in sexual misconduct accusations of his own.

Her response also included a screencap of a previous Twitter response to Affleck, in which she mentions a press conference she claims to have been forced to participate in after Weinstein assaulted her, and implies that Affleck knew about the assaults.

In a series of events that somewhat resemble the falling dominos of allegations against Weinstein, two incidences surfaced revealing Affleck’s misogynistic and sexually inappropriate public encounters with women.

Twitter user Shanice Brim pointed out a moment when the actor was appearing on MTV’s "TRL" in which he grabbed the breast of then host and former “One Tree Hill” actress Hilarie Burton. Burton responded to the tweet saying “I didn’t forget,” before posting a video from the series "MTV: Docs" that featured embarrassing moments on TRL. In the clip, she’s seen referencing the incident before Affleck is shown asking her “What are you, 19?” Burton was actually 18 during the 2001 filming.

Ben Affleck should’ve just kept quiet. Clearly he wasn’t thinking about his daughters when he left them to gallivant with their nanny. — I am I, Naima (@naimaism) October 10, 2017

https://t.co/wh2MpJVQzl Girls. I'm so impressed with you brave ones. I had to laugh back then so I wouldn't cry. Sending love. — Hilarie Burton (@HilarieBurton) October 11, 2017

I acted inappropriately toward Ms. Burton and I sincerely apologize

Around the same time, a video from a 2004 press junket promoting Affleck's Miramax film "Jersey Girl" resurfaced. In it, Affleck asks reporter Anne-Marie Losique if the audience “would like the show better if you did it topless” while she is sitting on his lap, before commenting on her cleavage and perfume.

When she references the fact that cleavage might be inappropriate for the Sunday morning airing, Affleck says, “That never stopped you before, from getting them titties out.” He added “Who you trying to fool, Sunday morning? You should be in church with that rack on display,” Affleck continued.

He dug the hole deeper, referencing that because of the Losique’s attractiveness Affleck looked “retarded” and that she made him look like he had cerebral palsy.

Since the initial New York Times article detailing his history late last week, Weinstein has been caught in a firestorm of coverage. Earlier this week, new accusations of sexual misconduct surfaced from Gwyneth Paltrow, Angelina Jolie, Rosanna Arquette and Mira Sorvino. Others have followed including Cara Delevingne and Léa Seydoux just today. The total number of women accusing Weinstein of some form of abuse is nearing 25.