The late-night host won't give up his apolitical brand, no matter how dire things get 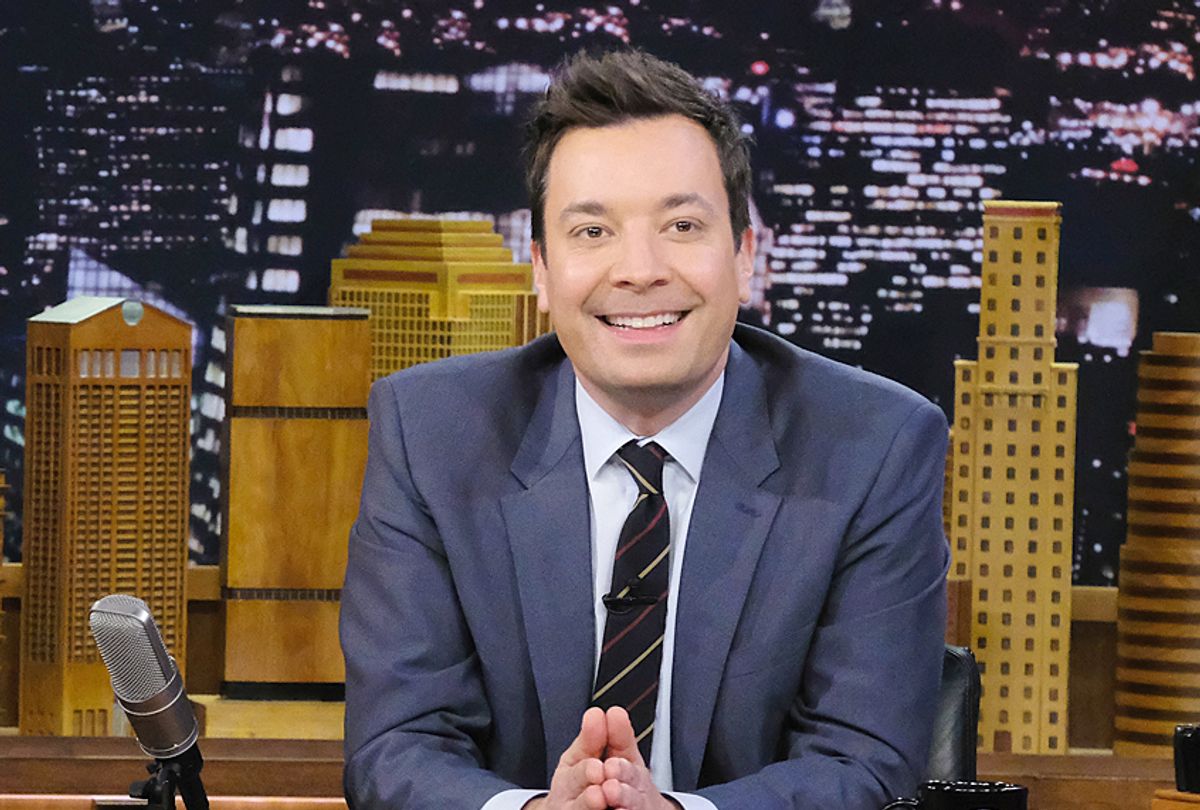 Donald Trump's presidency has undoubtedly inspired a sense of urgency in entertainers across the country. Awards shows of all kinds are filled with explicit shots at the president. Eminem just dropped a four-minute rap takedown of Trump. The list of celebrities who've publicly condemned the president must be longer than his unfulfilled campaign promises at this point.

As critical issues like healthcare, immigration and climate change are being debated and attacked in Washington, most people can't help but react be they famous or not.

That is, except for Jimmy Fallon.

"It's just not what I do," Fallon told Willie Geist during a preview of his interview on "Sunday Today." "I think it would be weird for me to start doing it now," he said of engaging in jokes or critiques of the president like some of his late-night counterparts.

Fallon came under intense fire during Trump's candidacy after hosting him on the "Tonight Show," and for playfully tussling his hair in what felt like a normalization of the future president's hateful rhetoric. In an interview with the New York Times afterward, Fallon sort of apologized for his behavior, saying: “If I let anyone down, it hurt my feelings that they didn’t like it. I got it.”

After the white supremacist rallies in Charlottesville, Fallon deviated from his apolitical stance to deliver an opening monologue where he called the violence "disgusting" and Trump's late condemnation of such actors "shameful."

But as many were quick to point out, Trump had already done and said absolutely disgraceful things, none of which elicited a response from Fallon. Literally, someone had to die. By then, his stand against literal tiki torch-holding white supremacists and swastika-adorned neo-Nazis seemed too little, too late.

Fallon reverted back to his bottom line in the interview with Geist. "I don't even really care that much about politics, I gotta be honest," he said. "I love pop culture more than I love politics." Jimmy, we all do. We just recognize which is more important.

"I'm just not that brain," Fallon said. "But with Trump it's like everyday's a new thing," he continued. "A lot of stuff is hard to even make a joke about, because it's just too serious."

It's easy to say you don't care about politics when the only thing threatened by this administration is your ratings. Not caring about politics is a privilege, one most afforded to straight white men such as Fallon. His rights have never been questioned, nor has his immigration status or his right to marry. People who look like Jimmy Fallon aren't getting gunned down by the police at alarming rates.

At a time when many performers with visibility and a platform see it their as their duty to speak out — when NFL players are putting their careers on the line for racial justice and ESPN host Jemele Hill is being suspended and targeted by the president for voicing her beliefs — clearly Fallon feels no responsibility on his white, male shoulders. Hell, even Jimmy Kimmel is out there on the court, and he's as much a good-time Charlie as Fallon.

At this moment, Fallon's apolitical brand is too convenient and comfortable. With the rest of us — right and left — anything but comfortable, it's no wonder his ratings are sinking.