Larry Flynt can't get Donald Trump impeached — but Congress can 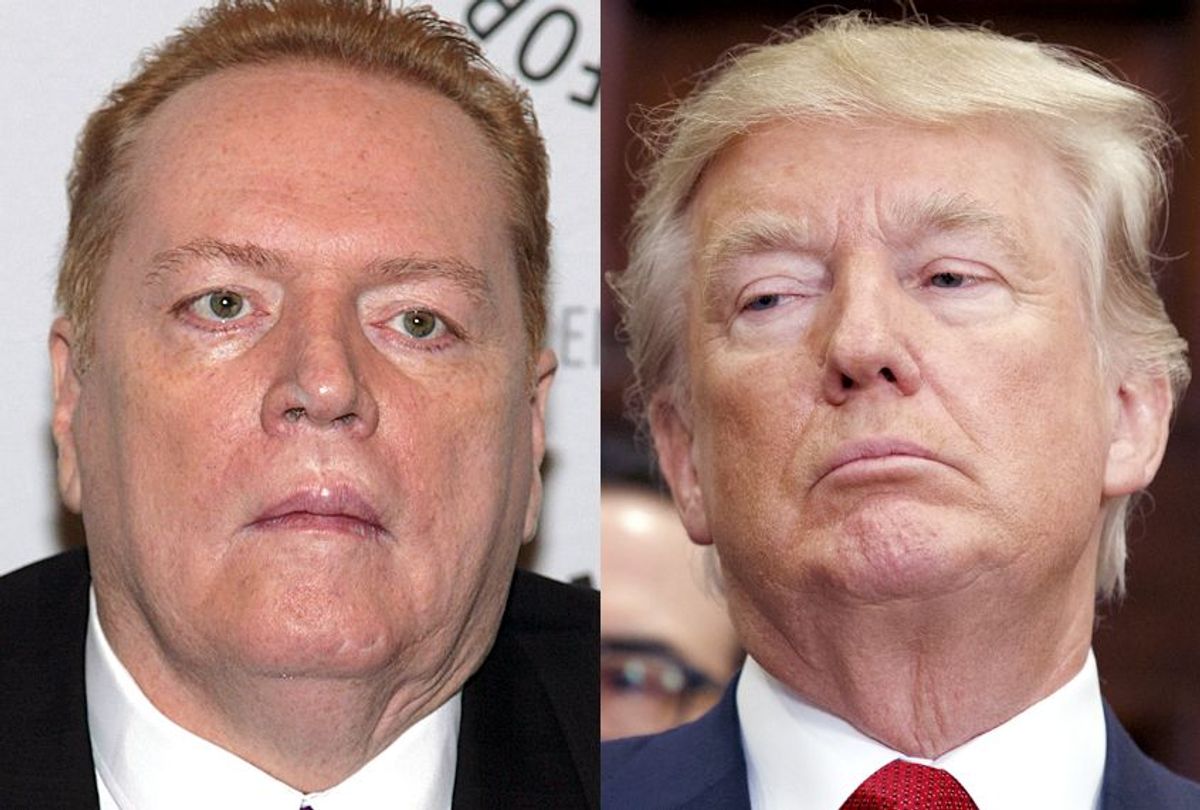 It's tough to imagine a world in which President Donald Trump is impeached, except in the fantasy world of many liberals. But that's not stopping Hustler honcho Larry Flynt from getting involved.

On Sunday, Flynt took out a full-page ad in the Washington Post, announcing a $10 million reward "for information leading to the impeachment and removal from office of Donald J. Trump." Flynt's articles of impeachment included the following charges:

1. Colluding with a hostile foreign power to rig our election, and obstruction of justice in the firing of FBI Director James Comey.

2. Inciting violent civil strife with his racial dog-whistling and unconscionable defense of the KKK and neo-Nazis after the Charlottesville riots.

5. Gross nepotism and appointment of unqualified persons to high office.

6. Sabotaging the 195-nation Paris accords to save the planet from future climate cataclysm. If that is not at least a misdemeanor, the term is meaningless.

But most worrisome is that, long before climate-change apocalypse strikes, Trump might trigger a nuclear world war.

Flynt can worry about the future of the nation, and he can offer boatloads of money for anyone who has information that would paint Trump in a seriously negative light. Of course, much of that information is already staring us in the face. Trump openly admitted — on national television, no less — that he fired Comey because of  the "Russia thing," which seems like a clear-cut case of obstruction of justice. If that's not the evidence that Flynt needs, maybe there's no point in continuing.

More importantly, Flynt is running into a major problem: No evidence of illegal or even criminal activity can remove Trump from office. Only Congress can do that. If you haven't checked the scoreboard, Trump's party is the one in power in both houses.

It's hard to believe the hype. Even if Democrats could pass articles of impeachment — which can be done with a simple House majority — the Senate would almost certainly fall well short of the 67 votes needed to remove him from office. (Two previous presidents have been impeached by the House: Andrew Johnson and Bill Clinton. Neither was actually removed from office.)

There are political implications, as well. What Republican from a deep red district would actively seek to antagonize his or her base with a declaration of war against the president and the machine that gave him the White House? More important, even supposing Democrats ride a wave election to congressional power in 2018, why would their agenda revolve around getting rid of the president, rather than simply stopping him from doing whatever he wanted to do? A direct attack on Trump could easily backfire on Democrats heading into the 2020 presidential election.

But there's another reason to not poke the impeachment bear: President Mike Pence. According to the New Yorker, elevating Pence to the White House — beholden to corporate America while championing far-right causes — would be disastrous for the U.S.

It's entirely possible that even if the apocryphal Moscow "pee tape" were to surface in the real world, Republicans would still conclude they haven't had enough Trump. Of course, that did turn out to be the final straw, it would tell us something about the character of the modern-day GOP.