Scaramucci Post asks, "How many Jews died in the Holocaust," jumps the shark

It's journalism performance art, and the novelty has already worn off 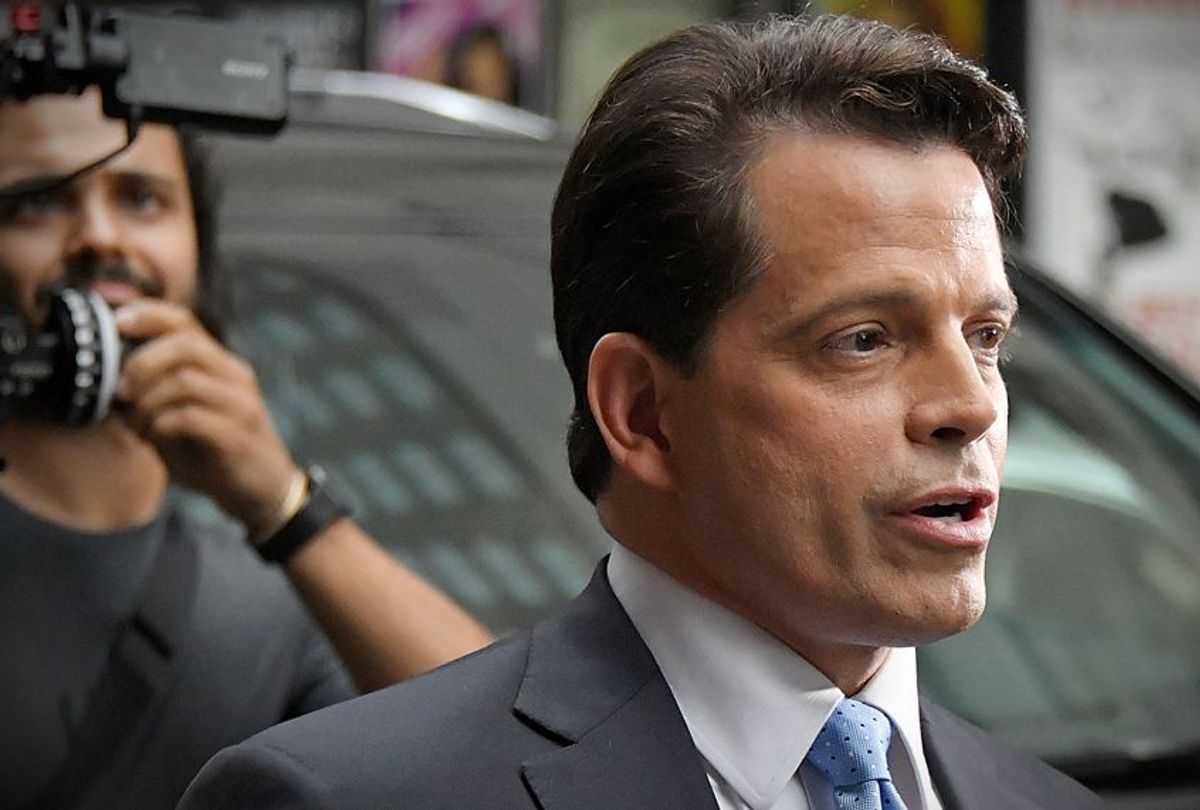 On Tuesday, the Scaramucci Post — the brainchild of former White House communications director Anthony Scaramucci — tweeted out a poll that was, at best, tone deaf. At worst, it offered a wink and a nudge to the anti-Semitic fringe on the right.

The tweet seemed to be in response to tweets about a costume being sold called "Anne Frank costume for girls." That costume's URL redirected to a "World War 2 costume" before reaching a 404 message, meaning the page has been taken down.

Anyone acting outraged at this Anne Frank Halloween costume is in denial. This is the world we made and now we have to live in it. pic.twitter.com/sIyeHNqcOs

An hour after it was published, Scaramucci Post pulled the tweet down, saying, "The intent of the poll was to highlight ignorance of the basic facts of the Holocaust. I take full responsibility for it."

The intent of the poll was to highlight ignorance of the basic facts of the Holocaust. I take full responsibility for it.

According to the Anti-Defamation League’s CEO Jonathan Greenblatt “This question is beyond resolved. The Twitter poll was clearly insensitive and could play into the hands of Holocaust deniers.  We called on The Scaramucci Post to take it down and we’re glad they did.”

A second tweet said that the poll wasn't the work of the Mooch.

This is @lancelaifer and I apologize if anyone was offended by the Holocaust poll.

Scaramucci created the Scaramucci Post after his 10-day stint in the West Wing ended in spectacular fashion. He was fired, in part, after he told a reporter on the record that Steve Bannon was trying to "suck [his] own cock." In the same conversation, Scaramucci called Reince Priebus, then White House chief of staff, a "paranoid schizophrenic, a paranoiac."

After his employment ended, Scaramucci announced that he was launching the Scaramucci Post. He admitted at a launch event that he had "no idea" what the outlet would be.

In the month since the "site" launched, its Twitter feed could be described — and has been described — as performance art. The ScarPost hasn't denied anything, nor has it admitted anything. The feed just played up the mysterious aspect of the site.

So maybe the point of Anthony Scaramucci's site is just to troll people. Or rather, to troll journalists, who are intrigued by its existence, or else to reassure Trump fans that all journalism is fake, just as they believe it is. But it's time to stop caring what a failed media personality has to say — "highlighting ignorance" or otherwise.

According to all official accounts, roughly 17 million people were killed in the Holocaust. Six million Jews died in the genocide, but anti-Semites continue to claim that number can't be true, while fringe elements even insist that the Holocaust was a hoax. That's the real news.