Can women in Hollywood even catch a break if they're running the set? 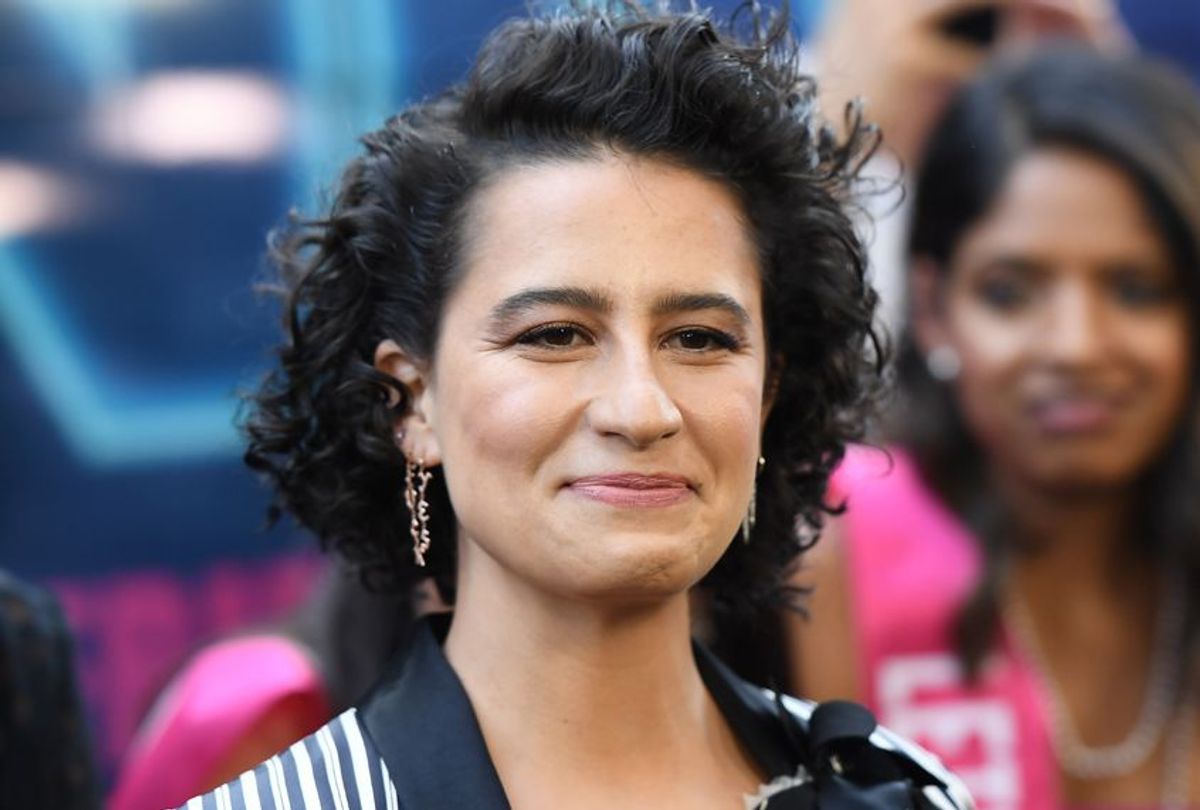 In an Instagram post Tuesday, Ilana Glazer, vocal feminist and co-creator, producer, writer and star of the television series "Broad City" and "Time-Traveling Bong," admitted to having fired at least two men from her shows for sexual harassment.

After the recent slew of #MeToo stories flooded social media feeds as a community building response to the recent allegations of sexual assault against Harvey Weinstein and other men in the entertainment industry, Glazer chimed in. Her story highlights that even when in an unquestionable position of power, women cannot necessarily escape men giving them unwanted sexual attention or worse.

Glazer recounts instances where she'd been sexually harassed throughout her education, mostly by teachers, before. It mirrors many of the testimonials we've heard from women sharing their own experiences through the #MeToo hashtag. Then, she reveals that, during the course of her career, she “fired a couple dudes — one background actor and one sound guy."

#metoo - big queenly thanks to @tracelysette & @violadavis posting this so i felt brave enough to!

Glazer even had her decision to fire them challenged. “I was asked ‘are you sure,’” Glazer added. “Okay yeah lemme think for a sec — YEAH I’M FUCKING SURE. Cuz getting sexually harassed seems to be constant, but having the opportunity to do something about it is rare.”

Some of the narrative surrounding the Weinstein allegations have focused on men in positions of power in Hollywood and the women who have to deal with them to make a career for themselves. More than a few of the Weinstein stories specifically cite the women's concern for their career when they rebuked sexual advances. This has led to some discussion as to whether female-directed work spaces would be safer.

Unfortunately, Glazer's admission underlines how the same toxicity seen in male-directed parts of the industry also leaks into women-led sets — at least allegedly, at least in this case. It suggest that the systemic changes so many are asking for may prevent at least some of the abuse, but some men still find a way to prey on women — even when they're their boss.

It's not just that these harassers seem to be unable to respect women, their victims or ethics — they can't even respect the system they work in. The abuse is so pervasive that even in a female-run work space, there is little respect. This isn't just a top down behavior. There are no boundaries.

The positive side of women in positions of power is that the sexual predator's actions are clearly able to be pathologized, and the abuser may be more likely to face consequences such losing their job for inappropriate or violent behavior (Glazer's allegation seems proof that can happen). Of course, we should all ask ourselves why these behaviors can't be more readily punished no matter what gender is in the position of power on a set or in a workplace.

Forbes published extensive reasons why diversity would help Hollywood on all fronts of the fight against sexual abuse, including showing how well-constructed female characters, and women in power in film and television can enrich cultural perspectives and end the damsel-in-distress or other underdeveloped female tropes and the prejudices they help either inspire or confirm.

That's all great and necessary. But what ultimately needs to be accomplished first is to call the problem out for what it is.

The activist-like response, the community building on social media surrounding the resurgent #MeToo campaign is an important step, perhaps even at tipping point. Now, however, is the time for all of us to get our hands dirty and work for real systematic change, which often starts in the day-to-day social sphere.

Sure, women such to continue to rise up and vocalize the harassment so, like Weinstein, the predators can be punished. More than that though, men need to self-reflect, admit wrong doing, work to understand it and cut it the hell out. If not, all those wonderful witches will be coming for you.