Tony Perkins: Men harass women because there are trans people in the military 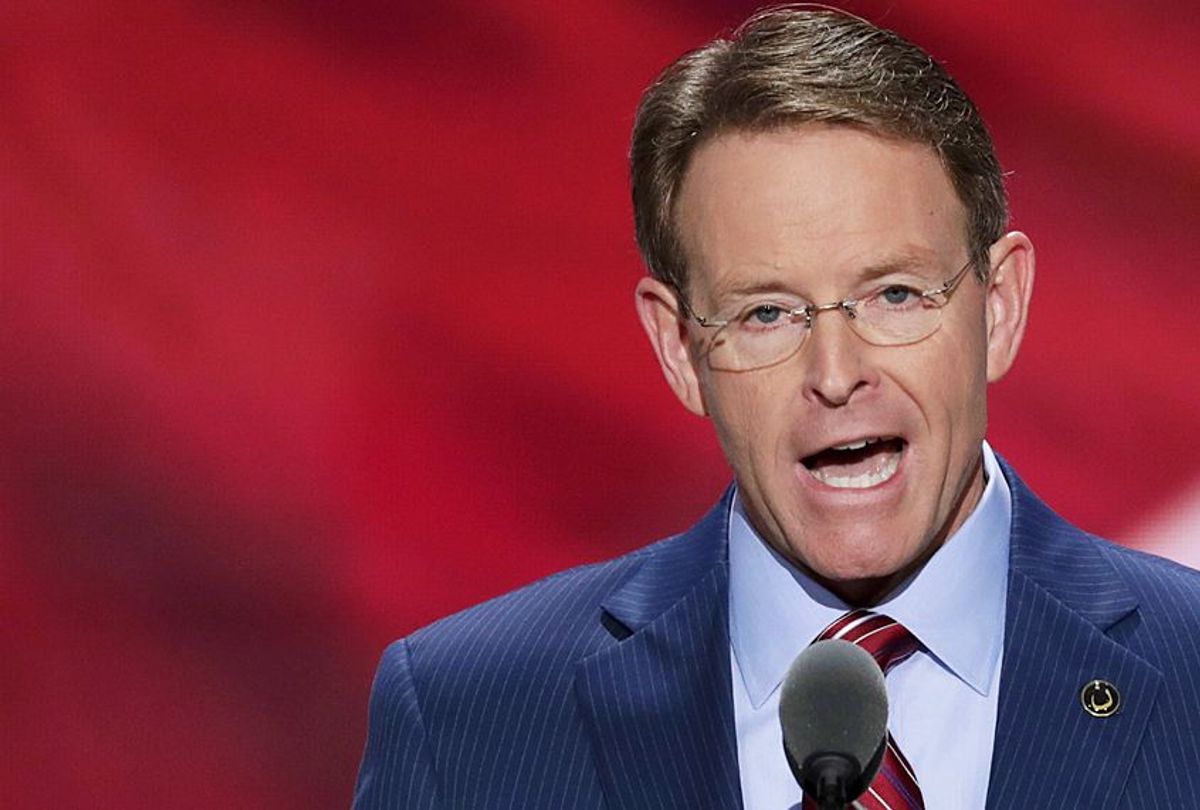 As the #MeToo meme still percolates and more news about Harvey Weinstein leaks out, Tony Perkins, the ultra-conservative president of the Family Research Council, a lobbying organization and a hate group according to the the Southern Poverty Law Center, has blamed the inclusion of openly LGBT people in the U.S. military for a “moral confusion," which he believes causes men to inappropriately flirt with and harass women.

As Right Wing Watch points out, Perkins appeared on “Washington Watch” on Tuesday, commenting on a USA Today report about a two-star army general who had been fired for sending inappropriate texts to the wife of another soldier. While he disavowed the behavior, he blamed the presence of LGBT service members in the armed forces as a reason for the general having a weakened moral code.

“I think this is wrong, but who says it’s wrong? The military code of conduct? True, but that also said that homosexuality is wrong, but that prohibition is no longer being enforced. In fact, people are punished for not celebrating homosexuality,” Perkins said. “Same was true of transgenderism.”

Perkins continued, “That’s where the moral confusion comes from. People think, ‘Well, maybe I can get away with it because they can get away with that. That’s acceptable today, maybe I can do this.” He added, “When we deny there is a moral law and a moral lawgiver, it leads to confusion and chaos, and we’ve seen this increasingly within the ranks of our nation’s military.”

Here, Perkins seems to be saying that because the line moved towards progressivism within the ranks (and away from what is just and right in ultra-conservative eyes), the moral fiber of the Army has been diminished such that a two-star army general would forget that it’s inappropriate to harass women. It's, yes, a stretch.

In July 2017, President Donald Trump tweeted that transgender people would no longer be allowed to serve “in any capacity,” in the military. It was, as many noted, an apparently sudden, undiscussed and unilateral decision by the president, that took the Pentagon by surprise.

Although data is hard to come by, as many transgender service members may have remained (and may still remain) closeted for fear of being fired, a 2014 report by UCLA Law School’s Williams Institute on Sexual Orientation and Gender Identity Law and Public Policy said that there were at least 15,500 transgender individuals serving on active duty or in the Guard or Reserve forces. Given that the military is, in total, the largest single employer of trans individuals, the Trump administration's potential ban presents not only a moral and ethical crisis, but an employment one as well.

At this time, Defense Secretary Mattis is still on track to present the president with a plan for implementing the ban, and certain elements of it are already unofficially active.

This isn’t the first time Perkins has had inciting, possibly deranged criticism on liberal policy (surprise, surprise). In the past, he's said that repealing “Don’t Ask Don’t Tell”  would impinge on the religious rights of Christians in the military. In a 2006 Human Events article, he compared the idea of trying to legalize same-sex marriage to “trying to sell a 5 legged dog,” and his organization has allegedly called black people a “retrograde species of humanity.”

In other odd conservative equivalency news, it was reported earlier this week that internal White House memos blame a manufacturing decline on abortion, domestic violence, divorce and, somehow, infertility. Swell.