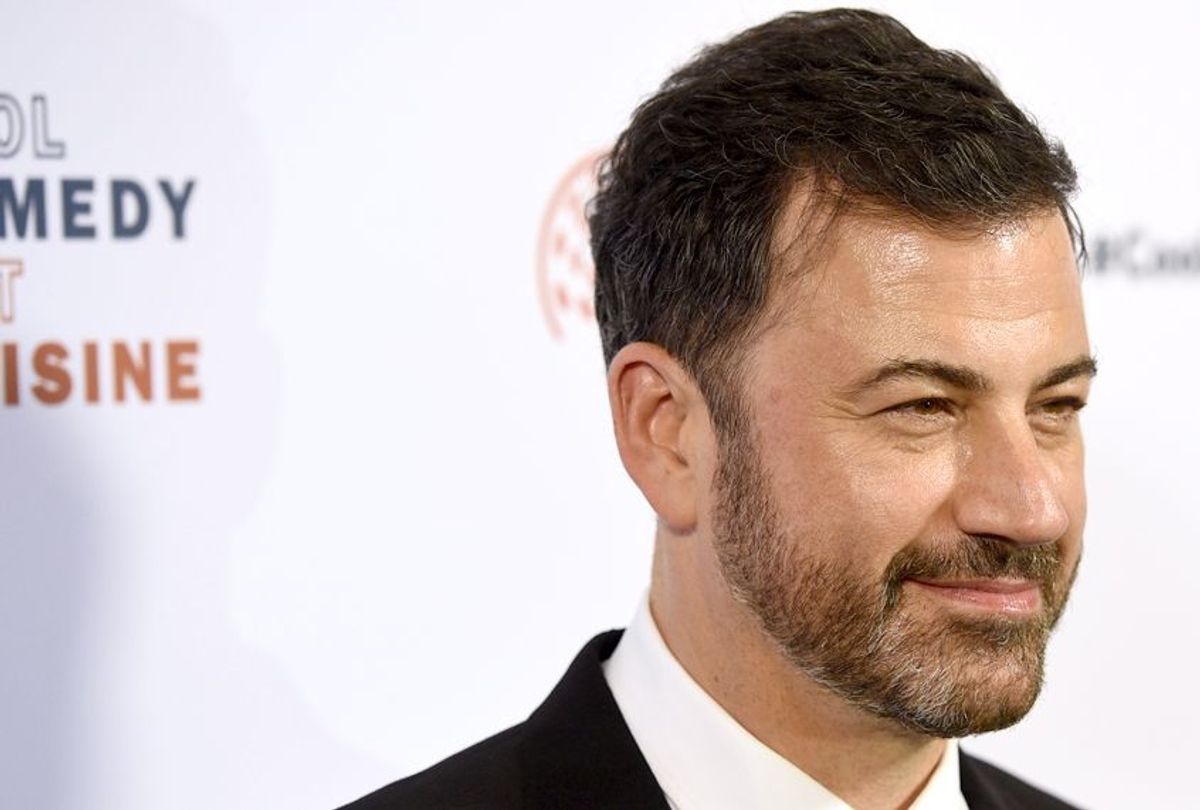 Comedian Jimmy Kimmel has been rather vocal about his politics lately, a trend that continued during his appearance at the Kennedy Center Honors in Washington, D.C. on Sunday, as the Associated Press reports.

As Kimmel helped bestow David Letterman with the (much deserved) Mark Twain Prize for American Humor, he embraced the nihilistic humor so many of us have been practicing since that fateful day last November.

“When Dave left 17 long months ago, we had no idea how much trouble we were in,” Kimmel said in his set, jokingly blaming Letterman for the political turmoil of the following months.

“I look at what’s going on now, and I think this is your fault. All of it. Everything was fine until you went off the air. You abandoned us,” he accused. “You went out for a pack of cigarettes and left us to live with an abusive orange stepfather.”

“You led the way for all of us with your intelligence, humor and empathy, especially since November, when we kicked open the portal to hell,” Kimmel said.

Kimmel's political critiques didn’t stop at Trump. He even went so far as to call out the guest of honor on past political decisions, his support of former New York City mayor and rampant conservative Trump supporter Rudy Giuliani included.

“Well Dave, we all make mistakes sometimes,” he joked.

Such political lambasting wasn’t limited to Kimmel’s set. Indeed, the ceremony was kicked off by Minnesota Senator and former comedian Al Franken booing Betsy DeVos when her name was mentioned as a donor to the Kennedy Center.

Steve Martin was also on hand to give a comedic side eye to Letterman. “Dave has always had spot-on comedic instincts," he said. "What better time than right now to insist on looking like a Confederate war general,” a reference to the bushy beard that Letterman has cultivated since leaving late night.

Letterman was steadfast and righteous in his acceptance speech, quoting the the author for whom the award is named for, Mark Twain.

“Patriotism is supporting your country all the time,” said Letterman. “And your government when it deserves it.”

Most notably, Kimmel was a salient adversary of the Graham-Cassidy bill or any GOP attempt to repeal the Affordable Care Act. He's recently slammed Bill Cassidy for “lying to [his] face” and accused Trump of not knowing what the Graham-Cassidy bill even entailed. Naturally, he was outwardly grateful, even gleeful, when the bill was killed.