Despite constant protestations to the contrary, the singer now admits it was all an extended put on 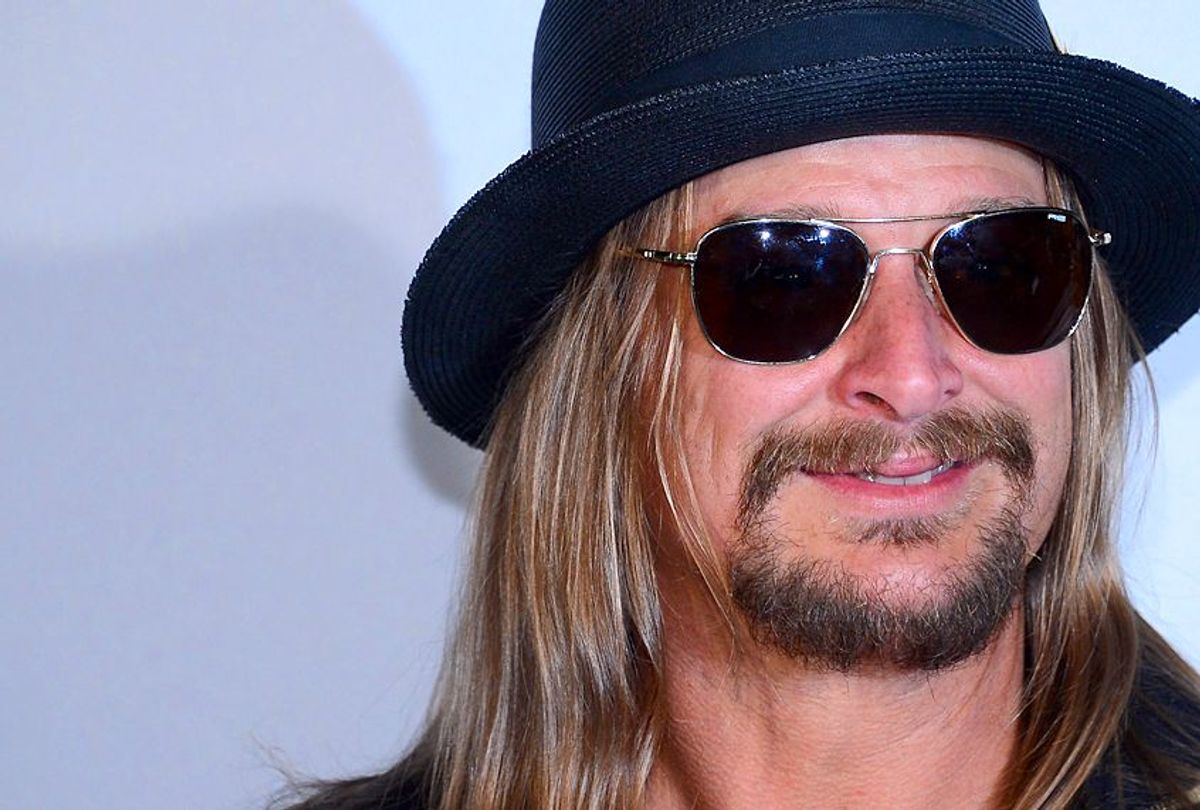 Rational people of the world can exhale: Kid Rock isn't running for Senate.

"Fuck no, I’m not running for Senate. Are you kidding me?" Robert James Ritchie (aka Kid Rock) told Howard Stern on Sirius XM Radio on Tuesday. "Who couldn’t figure that out? I’m releasing a new album. I’m going on tour too. Are you fucking shitting me?"

He added, "It’s the worst advice I ever gave myself, but it's been the most creative thing I’ve ever done. And I’ve gotten to see everyone’s true colors."

This didn't stop Ritchie from laughing at the fact that his rumored candidacy had received the endorsement of at least one high profile Republican — former Gov. George Pataki of New York.

Ritchie claimed that he had not been aware of Pataki's endorsement, although he also claimed President Donald Trump's former chief strategist, Steve Bannon, had encouraged Ritchie to run.

Prior to this announcement, Ritchie had adopted an air of righteous indignation at expressions of doubt about his potential run, saying that "the democrats are 'shattin’ in their pantaloons' right now . . . and rightfully so!" He added "It’s not a hoax, it’s a strategy and marketing 101!”

Even before Ritchie officially announced that he wasn't running, there had been indications that his prospective Senate candidacy wasn't entirely serious. Fellow Michigan rocker Ted Nugent flat-out told a Michigan radio host in August, "Bob Ritchie ain't running for jack squat." Again, Ritchie had repeatedly claimed that he was.

He added, "He never intended — he never thought about it — and he never hinted that he's running for anything so the Michigan GOP better get their head out of their ass and start using their resources to focus on someone."

By September, a watchdog group known as Common Cause filed a complaint with Attorney General Jeff Sessions and Deputy Attorney General Rod Rosenstein arguing that Ritchie's practices to earn money would violate federal election law if he was indeed a candidate. Ritchie had said repeatedly that he was in the process of filing to run.

The complaint also included Warner Bros, which Common Cause accused of "violating federal law and commission regulations by facilitating and acting as a conduit for contributions to the Kid Rock campaign."

"Regardless of whether Kid Rock says he’s only exploring candidacy, he’s selling 'Kid Rock for Senate' merchandise and is a candidate under the law. This is campaign finance law 101," wrote Paul S. Ryan, Common Cause’s vice president for policy and litigation.

He added, "Given the activities we’ve documented in the complaint, he can’t reasonably claim to be merely testing the waters of candidacy and thus exempt from candidate filing requirements. He is a candidate and is obligated to abide by all the rules and make the same disclosures required of everyone else running for federal office."

Ritchie is well-known for his conservative Republican views. Aside from his rumored Senate bid, this was most recently in evidence in April when he joined former Alaska governor and vice presidential candidate Sarah Palin for a photo op in the Oval Office with Trump.

As to whether an actual run would have produced results for Ritche, it's unclear. However, during a Detroit Pistons game last week, the boisterous fans cheered fellow Detroit rapper Eminem who was at the game, an artist who leans liberal on political issues. Ritchie, also in attendance, was met by a chorus of boos.