James Frey's "A Million Little Pieces" gets a film deal, because truth is dead

More than a decade after his disgrace, Hollywood provides the debunked author with a shot at redemption 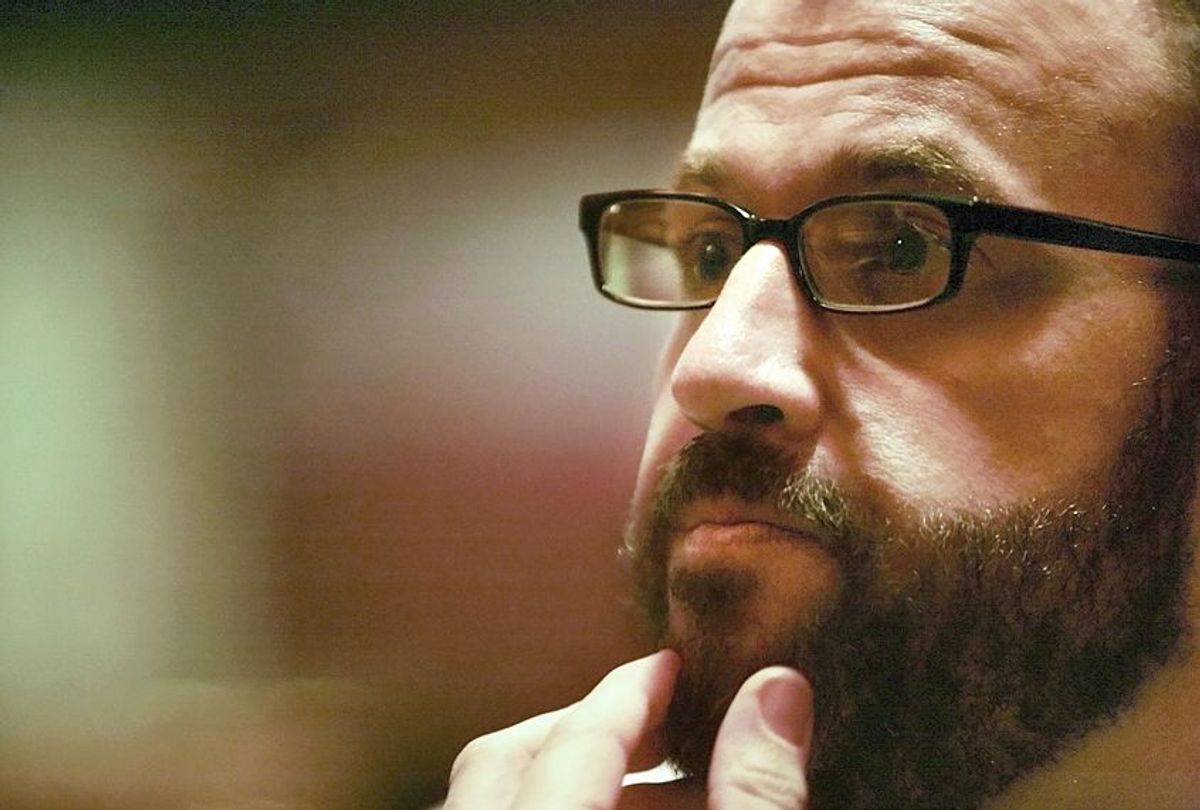 Do you lately find yourself nostalgic for the early years of this century? When your telephone wasn't a device for constantly beaming horror stories into your eyeballs and being a bald-faced liar was considered shameful?

I never thought I'd miss the era of George W. Bush and Paris Hilton, but here we are: James Fry's debunked memoir, "A Million Little Pieces" is making a comeback, only this time with credibility.

After the once-inevitable film adaption stalled over a decade ago, the trades announced Monday that husband-and-wife team Aaron Johnson and Sam Taylor-Johnson have picked it up, with Aaron slated to star and Sam directing. (The two previously collaborated on the John Lennon biopic "Nowhere Boy.")

Great, a badly behaved white guy with a negligible relationship to facts — that's the story we've all been waiting for.

Author James Frey's vivid account of addiction and quasi redemption made an immediate splash when it debuted in 2003. Back then, Salon called it "a book that makes other recovery memoirs look, well, a little pussy-ass." Yet it took two more years for "A Million Little Pieces" to truly explode in the most 2005 way possible — a blessing from Oprah in the form of selection for her hallowed book club. At the time, Winfrey hailed it as "like nothing you've ever read before."

But questions about the authenticity of the characters and events began to arise. Then, in January of 2006, The Smoking Gun published the damning results of a six-week investigation. Among other findings, it suggested that the author had "wholly fabricated or wildly embellished details of his purported criminal career, jail terms and status as an outlaw 'wanted in three states.'" Grotesquely, he apparently "also invented a role for himself in a deadly train accident that cost the lives of two female high school students."

A few days later, Frey appeared on "Larry King Live" to downplay his embellishments, explaining, "My side is I wrote a memoir. I never expected the book to come under the type of scrutiny that it has. A memoir literally means my story, a memoir is a subjective retelling of events . . .  I've been surprised by the furor related to the book, especially considering I acknowledged I had that changed things."

The furor, however, did not die down. By later that same month, Oprah pronounced to her audience — while Frey glowered and squirmed in her presence — that "I made a mistake and I left the impression that the truth does not matter. And I am deeply sorry about that, because that is not what I believe. To everyone who has challenged me on this issue of truth, you are absolutely right." The publisher, Random House, eventually offered refunds to readers who felt defrauded, and a disclaimer was added to later editions.

Time went on. Frey continued writing and formed Full Fathom Five, "a content creation company." And, because Oprah is all about healing and closure, she sat down with Frey again in 2011.

There, he justified his previous actions, saying, "I'm more influenced by artists than writers. Let's say you look at a cubist self-portrait. It doesn't look anything like Picasso. So when I was writing the book I was thinking of it like that." Thinking like possibly making up a girlfriend and her tragic suicide. (Frey maintains that while he changed the details, the dead girlfriend was real. )

For the rest of us, for the most part, Frey's disgrace became an object lesson in karma. Maybe don't boast that you're "going to try to write the best book of my generation and I'm going to try to be the best writer" and eagerly lap up all that literary stardom like you're Jamie in "The Last Five Years," when you actually just made up a whole bunch of stuff. At least don't do it if you call your work "nonfiction." Really, there's a whole other section of the library for stories that spring from the writer's imagination. It's pretty popular too!

Oh, well-earned shaming, how I miss you. How I miss those simpler days when a public figure saying that things that did not happen did happen could be greeted with more than a ¯\_(ツ)_/¯. Now, we are so daily deluged with a torrent of blatant lies large and small, lies in our social media news feeds, lies from the highest representatives of our government, that seeking or expecting the truth often feels like an antiquated ideal. We are becoming desensitized to the shock of being lied to.

Every single film adaptation of a true story is still fictionalized, sometimes to a great degree. "A Beautiful Mind" was not a documentary. The film version of "Wild," another Oprah-dappled bestseller, told a true story while rearranging and consolidating certain events. That's expected in cinema. And while I would literally rather watch an endless loop of "Little Baby Bum" videos of songs about ducks than ever sit through another tale of some rough around the edges guy finding himself, I respect that there may be an audience for that sort of thing. I also respect that James Frey has a right to move on from his past and be forgiven for it.

What I cannot fathom or accept, however, is how James Frey is being reinvented as the hero of a Hollywood story and profiting from it. Not right now, not at a moment when the ideal of accountability and consequences for shamelessly duping other people just seems to have disappeared. Not when mistaking liars for entertainers hasn't already cost us all so much.