The same day that the networks gave him the boot, one of his accusers appeared on "Megyn Kelly Today" 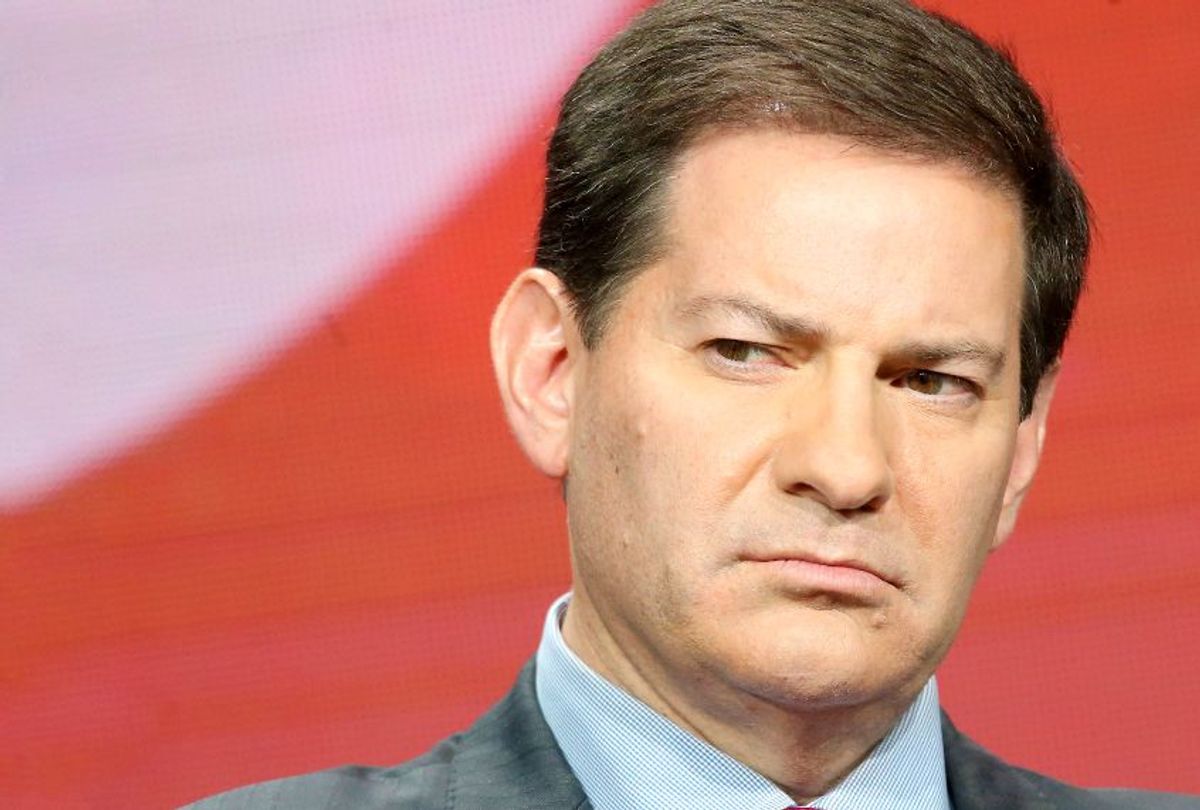 Last week, political analyst Mark Halperin was accused by more than a dozen women of sexual harassment while he worked for ABC News, according to a CNN report. On Monday morning, NBC and MSNBC, Halperin's most recent employers, terminated his contracts. He had already been on suspension at both networks, pending investigations.

Also Monday morning, one of Halperin’s accusers, Eleanor McManus — a journalist and former senior producer for CNN’s “Larry King Live” — shared her story on NBC’s "Megyn Kelly Today." She alleges that, while a student, she met Halperin at a political event and took him up on an offer to meet him at his office to receive career advice. What she experienced there was not what she had expected.

“At one point, I felt a bit too uncomfortable, and I stood up to thank him for the meeting,” McManus told Kelly. “That’s when he leaned in, tried to kiss me, and attempted to do a bit more. I didn’t want to offend the man in charge of political programming at ABC News, and I tried to be courteous and apologetic, and practically ran out of the office.”

McManus added that, for a time, she felt that the encounter was her fault, offering an object lesson why women shouldn’t blame themselves for what their abusers do. “I thought, maybe, was my dress a little too short?" she said. "Did I smile a little bit to much? Did I say something to lead him on? And I think it’s so important for women to understand today that it’s not their fault, and the only thing we can do is to come out there and speak about this.”

She described Halperin’s behavior as an “open secret,” much as how the rumors about Harvey Weinstein, James Toback and others bubbled around Hollywood for decades. “Everyone thought that is just normal,” McManus said.

McManus also said that she felt guilty for not speaking out sooner, which allowed Halperin's behavior to continue with other women, which, in turn, deterred them from continuing in the business.

The allegations of the women that came forward to accuse Halperin included reports that he masturbated in front of an ABC employee and, with clothes on, pressed his genitals up against non-consenting women, CNN reported. Halperin has denied these allegations, but apologized for conduct “that was often aggressive and crude.” The CNN report also stated that Showtime and Penguin Press have all severed ties with Halperin in addition to NBC and MSNBC.

ABC, for its part, issued a less-than-thorough statement to CNN, never remarking on how it dealt with or could have possibly been unaware of Halperin's alleged conduct. “Mark left ABC News over a decade ago," the statement read, "and no complaints were filed during his tenure."

Late last week, Halperin apologized for his behavior saying, “I have recognized conduct for which I feel profound guilt and responsibility, some involving junior ABC News personnel and women just starting out in the news business.” He added, “I know I can never do enough to make up for the harm I caused."  It seems now, as then, too little too late.