The Daily Stormer declared Papa John's the "alt-right's" official pizza, but the CEO wants nothing to do with them 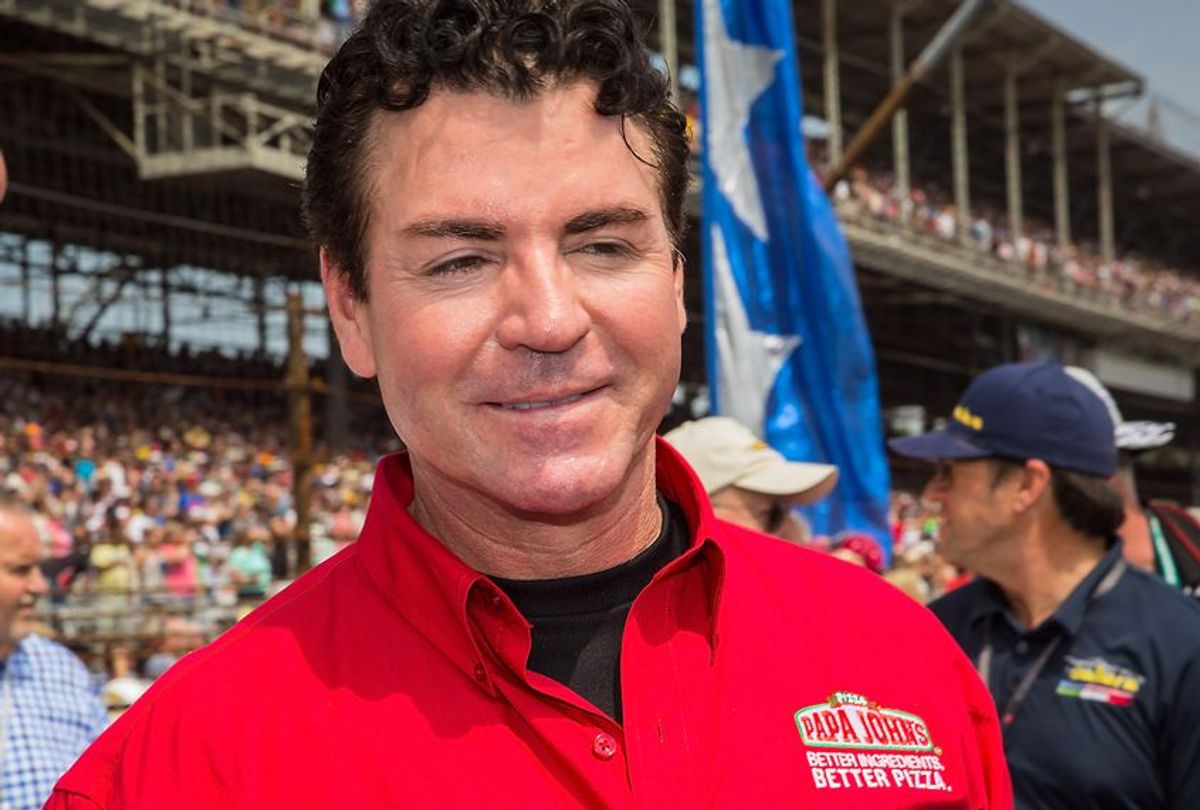 Papa John's CEO John Schnatter may have bitten off more than he could chew when he blamed the NFL player protests for his business's declining performance. Now his company has had to go on the record and say that, no, it does not want to be viewed as the official pizza of the "alt-right."

"We condemn racism in all forms and any and all hate groups that support it," Peter Collins, the senior director of public relations at Papa John's, said in a statement. "We do not want these individuals or groups to buy our pizza."

Collins was prompted to make these comments after The Daily Stormer, a notorious "alt-right" website, endorsed Papa John's pizza as the "official pizza of the alt-right" due to Schnatter's earlier remarks denouncing NFL player protests. This followed a larger online campaign to adopt the pizza as the go-to snack of nationalists across the country.

The website's position was visually reinforced with an image of a pizza with a swastika in the center, as well as an opinion piece by writer Adrian Sol. "This might be the first time ever in modern history that a major institution is going to be completely destroyed explicitly because of public outrage over their anti-white agenda," Sol wrote in The Daily Stormer.

Schnatter's controversial comments were made during a conference call last month. In them, the CEO said "the NFL has hurt us by not resolving the current debacle to the players’ and owners’ satisfaction" and that "this should have been nipped in the bud a year and a half ago."

He added, "Like many sponsors, we’re in touch with the NFL. Once the issue is resolved, we’re optimistic the NFL’s best years are ahead."

Schnatter's statements made him the target of considerable ire and an outpouring of online mockery that included this joke by comedy writer Nick Jack Pappas.

It's simply remarkable that we've somehow arrived at a place where, yes, corporations are put in the position of having to openly declare their lack of affinity for Nazis, as if that weren't some kind of given. Yet, there is more than that at work in this particular case.

At a time when President Donald Trump has been criticized for appearing unwilling to unequivocally and immediately denounce individuals who identify with the "alt-right," it is notable that Schnatter donated money to Trump's campaign and has been an outspoken critic of Obamacare.

It is fair to say that, to the extent that Schnatter has thrown his hat into America's political debate, he has done so on the conservative side of issues. Yet, even he felt the need to make it clear that members of the "alt-right" are not welcome at Papa John's. That's a fine move on his part, though perhaps it would be better if Schnatter considered what it says about his positions that the extended online "alt-right" agrees and celebrates them.