Gay Talese to Kevin Spacey accuser: "Suck it up once in a while!”

Gay Talese has had his share of bad takes. This time, he dragged the Dalai Lama into Kevin Spacey's mess 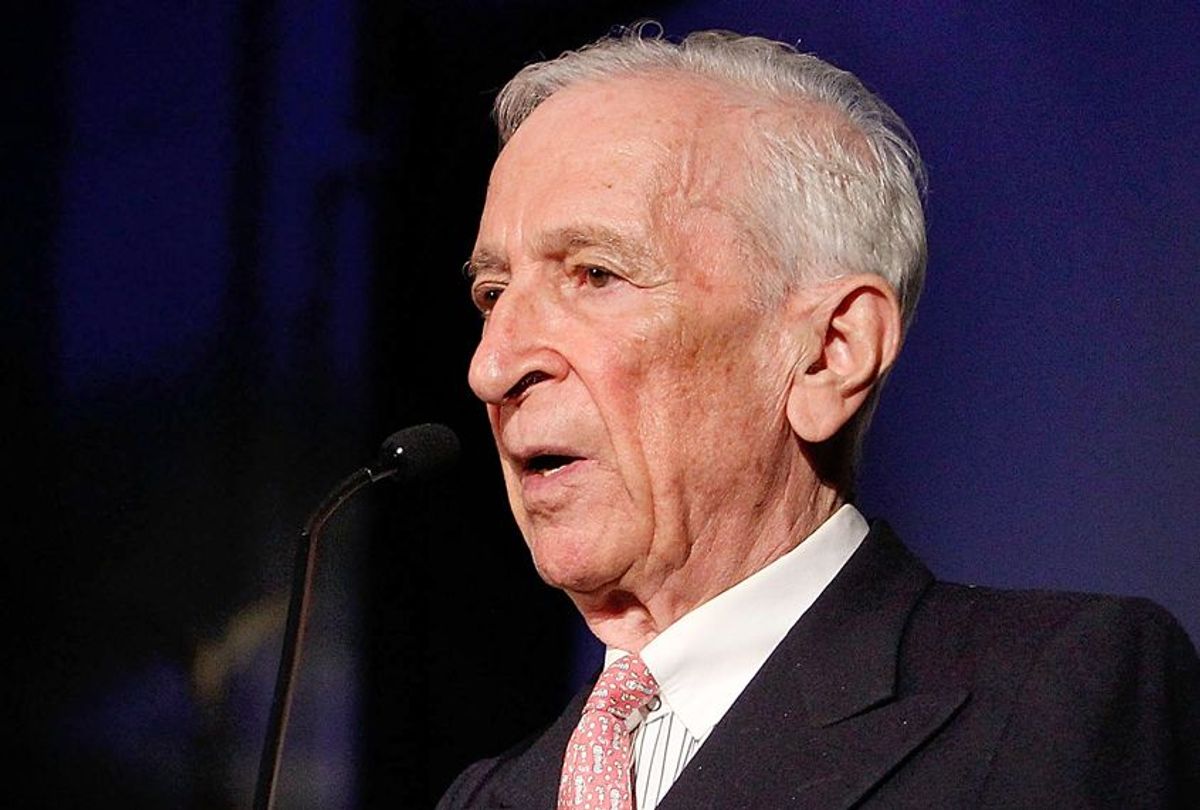 During the Library Lions Gala at the New York Public Library Monday night, esteemed author Gay Talese approached Vanity Fair's H.W. Vail and said, of all the people in the world he would like to write to, "I would like to talk to Kevin Spacey."

From there, Talese, a former reporter himself, downplayed the allegations against the now-former star of "House of Cards." "I feel so sad," Talese said, "and I hate that actor that ruined this guy’s career." He reportedly then began to speak as if to "that actor," Anthony Rapp.

As Vail mentioned, Talese perhaps doesn't have a complete grasp of the allegations against Spacey. In an article published on Buzzfeed Oct. 29, Rapp alleged that Spacey attempted to seduce him at the older actor's Manhattan apartment in 1986 — 31 years ago. Rapp would have been 14 and under the age of consent in New York at the time.

As Vail reported, Talese continued down this road. “I would like to ask [Spacey] how it feels to lose a lifetime of success and hard work all because of 10 minutes of indiscretion 10 years or more ago,” he reportedly said.

At this point, Spacey has been accused of everything from sexual harassment to sexual assault by no less than 15 men, some of whom were also under the age of consent at the time of the alleged abuse, in a pattern that traces back over three decades. As recently as Tuesday, bartender Kris Nixon alleged that the actor propositioned and physically accosted him in 2007, grabbing Nixon's genitals in public. Currently, London police are investigating at least two claims of assault against Spacey. More allegations came to light on Wednesday.

"You know something," Talese continued. "All of us in this room at one time or another did something we’re ashamed of," Talese said. "The Dalai Lama has done something he’s ashamed of. The Dalai Lama should confess . . .  put that in your magazine!"

At this time, Salon can't imagine what the Dalai Lama has to be ashamed of.

Talese may be the only person of note to offer up any kind of defense for Spacey (though he did not deny the charges against him). On top of being essentially fired from "House of Cards," the actor has seen an Emmy honor headed his way rescinded, had a film of his removed from the schedule of an upcoming festival and has been scrubbed from CBS' television special celebrating the work of Carol Burnett.

All of this comes on the heels of many other organizations and groups denouncing him, including much of the LGBT community, for the way in which Spacey came out as a gay man during his apology to Rapp last week.

It's too bad that Talese, a respected producer of the news, doesn't seem to have been following it almost at all.