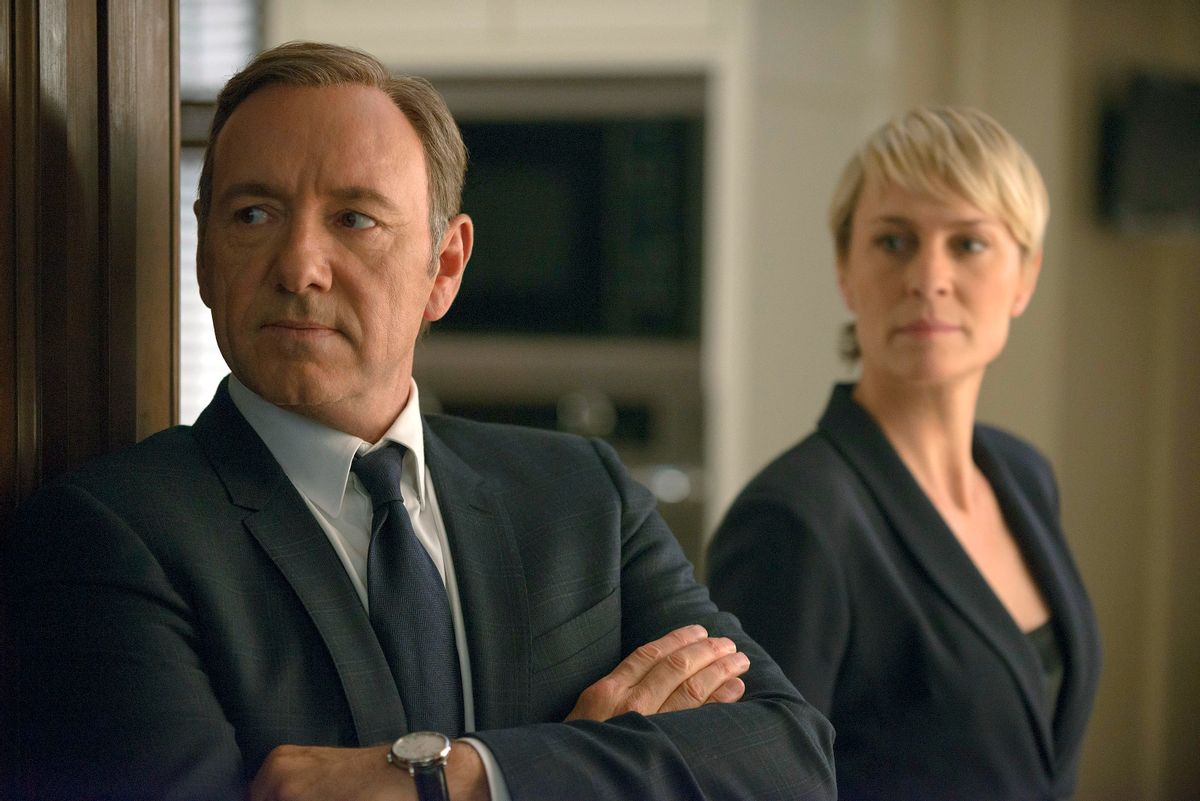 This file photo released by Netflix shows Kevin Spacey as Francis Underwood, left, and Robin Wright as Clair Underwood in a scene from Netflix's series, "House of Cards." A gift of membership to Netflix is a perfect present for a movie lover. (AP Photo/Netflix, Nathaniel E. Bell) (AP)
--

Netflix has officially parted ways with actor and producer Kevin Spacey, the star of its show "House of Cards," following several allegations of sexual assault or misconduct.

The company has also said Spacey's upcoming biopic of writer, Gore Vidal, would no longer be released, according to The Hollywood Reporter.

"Netflix will not be involved with any further production of House of Cards that includes Kevin Spacey. We will continue to work with MRC [Media Rights Capital] during this hiatus time to evaluate our path forward as it relates to the show," a spokesperson for Netflix said in a statement on Friday night. "We have also decided we will not be moving forward with the release of the film Gore, which was in postproduction, starring and produced by Kevin Spacey."

Nearly a week ago actor, Anthony Rapp, became the first to publicly allege that Spacey had made sexual advances on him years ago, when he was only 14 years old.

Spacey issued a strange apology in which he said he was "beyond horrified to hear his story," but said he didn't remember the incident. He also came out as a gay man in the apology, which critics pointed out had nothing to do with his prior alleged actions.

Netflix then cancelled and later suspended the production of "House of Cards" as accusations against Spacey continued to mount, even from several people attached to the production of the show. Spacey was all but finished, when the company finally announced that they would no longer continue to work with him.

Media Rights Capital, the show's production company, confirmed Spacey had been booted from the series.

"While we continue the ongoing investigation into the serious allegations concerning Kevin Spacey’s behavior on the set of House of Cards, he has been suspended, effective immediately. MRC, in partnership with Netflix, will continue to evaluate a creative path forward for the program during the hiatus," the statement said, THR reported.

Spacey has become one of the latest prominent figures to be accused of sexual assault after women stepped forward and alleged years of disturbing behavior from Hollywood producer Harvey Weinstein. Recently, female lawmakers have alleged that similar behavior has taken place inside Congress for decades.