Corey Feldman names another of his alleged sexual abusers 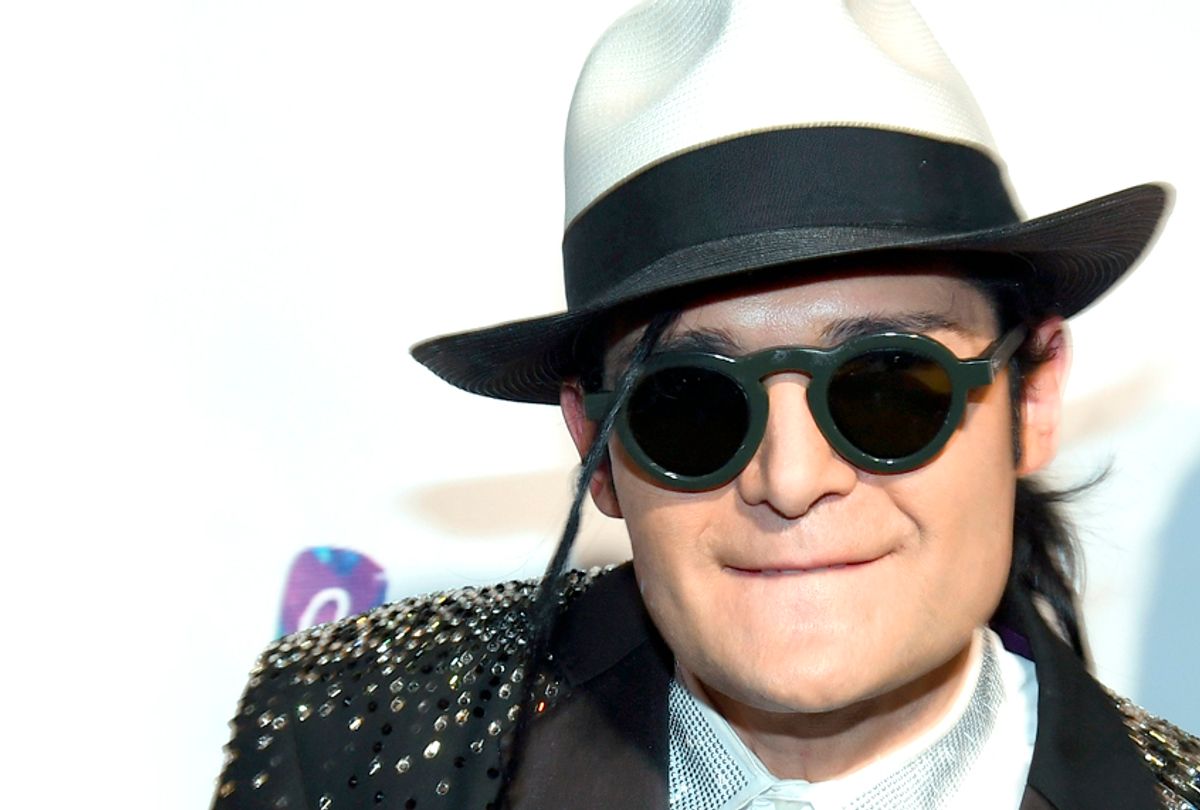 Corey Feldman, a teen-star popular in the 1980s, has named a third alleged abuser in what he claims is a decades-old pedophilia ring rooted in Hollywood. Appearing on the talk show “Dr. Oz” on Monday, “The Goonies” star claimed that he was sexually abused by children’s club owner Alphy Hoffman, at the age of 12.

The late Hoffman was the owner of an underage “teeny bopper” club known as Alphy’s Soda Pop Club — a hotspot for young stars such as Drew Barrymore, Alyssa Milano, Feldman and his late friend Corey Haim — from 1986 to 1989. According to Vice, it was “the ultimate teenage wonderland.”

Alphy is also the son of Bobby Hoffman, a prominent casting director from the 1970s and ‘80s responsible for the likes of “Laverne and Shirley,” “Happy Days” and “One Life to Live.” Bobby Hoffman passed away in 1993, leaving the company to his son.

Feldman first hinted abuse by Hoffman in a conversation with Matt Lauer in October. But on “Dr. Oz,” Feldman went further into detail.

“[Alphy] came to my house to pick me up in his car, and I had heard rumors that he threw the coolest parties in town and he was very connected,” Feldman told Dr. Oz. “When you got an invite to go to Bobby Hoffman’s private party — this was a very big thing. And the fact that his son was coming to pick me up himself was also a very big thing, and my mom ushered me into the car and said, ‘Go have fun.’”

Though Feldman said the parties — always lacking a parental presence — were initially innocent and fun, things eventually took a turn for the worse.

“One night, I was over there and we were watching a movie and I passed out while I was watching the movie, and when I woke up, there was a porn on again," Feldman claimed. "And I was like, ‘Man, I’m really tired.’ . . .  I remember I could barely walk. I don’t know what I was given at that time, but I know that I was really out of it. And we went to the bedroom, and I was kind of passing in and out of it, and then it was like he started doing the same things to me that Jon [Grissom] had done . . .   I kind of woke up in the middle of it, and I freaked out . . .   I kind of threw him off me and I ran home.”

Feldman first claimed that producer and director Jon Grissom had abused him, on November 2 explaining to "Dr. Oz" host Mehmet Oz that Grissom still “taunts” and “flaunts” his alleged abuse, frequently posting photos of himself with Haim and Feldman to his social-media accounts. With Oz, Feldman then made a call to the LAPD in order to report the allegations. Feldman said he expects the LAPD “to take [the allegations] seriously.”

Feldman also accused the former talent manager and convicted sex offender Marty Weiss of much the same thing, in an appearance on “Megyn Kelly Today.”

For years, Feldman has alleged that both he and his best friend Corey Haim, who died from complications of drug abuse, were victims of this Hollywood “pedophilia ring,” one that he believes he has the power to “bring down.” In order to so, Feldman has started an Indiegogo campaign for a film on his life called “Corey Feldman’s TRUTH Campaign.” Feldman, who says he has been “living in fear” since he began the campaign, often seemed reluctant to name his alleged abusers.

However, with the exposé on Harvey Weinstein’s alleged history of sexual abuse came an influx of claims against various members of Hollwood’s elite — actor Kevin Spacey, comedian Louis C.K. and director Brett Ratner among them — serving as momentum for even more survivors to come forward, Feldman included.

Though Feldman has yet to announce Corey Haim’s abuser — an announcement which he said will break the most ground — Charlie Sheen’s name has been thrown into the mix, a claim which Sheen "categorically denies."

Haim also expressed disdain for Hoffman just before he died. "I don’t think he was a good person at all . . . as far as Alphy goes, well, I’m not going to say it now, because people do change," Haim told Vice. "I went through my time, too. I lost complete respect for Alphy Hoffman. Alphy sucks! Point-f–king-blank.”

Since the announcement, Fox News reports that Hoffman has virtually vanished from the internet. His Facebook has gone private and his MySpace appears to have been deleted.