Trump all but endorses Roy Moore: "We don’t need a liberal person in there"

While talking with reporters, the president said a "liberal person" shouldn't fill the Alabama Senate seat 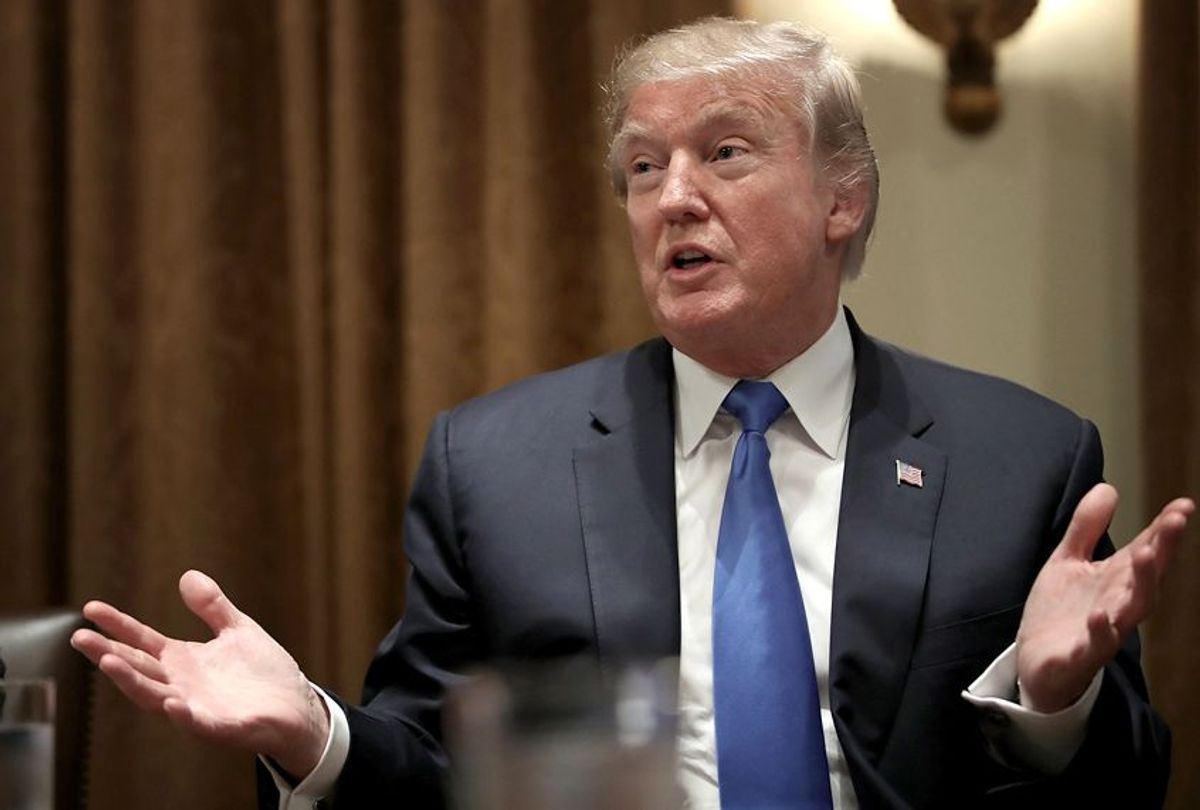 Before President Donald Trump boarded Air Force One on his way to Mar-a-Lago for his Thanksgiving break, he spoke with reporters outside the White House on Tuesday and essentially endorsed Alabama Senate candidate Roy Moore after avoiding a discussion about him for weeks. The president said that the country doesn't need "a liberal person" to fill the state's Senate seat that was left vacant by Attorney General Jeff Sessions.

BREAKING. Trump On Roy Moore race— “we don’t need a liberal democrat in that seat.” pic.twitter.com/TulbsnMHFC

It wasn't an explicit endorsement of Moore, but it was certainly a condemnation for any Alabamian who plans to vote for Democratic candidate Doug Jones. Moore has been accused by several women of sexual abusing them or otherwise preying on them while he was in his 30s and they were teenagers, some of whom were minors at the time.

The White House has attempted to skirt around the question but have made their position quite clear: they definitely don't want a Democrat to win, even if that means electing an alleged child molester — just ask White House counselor Kellyanne Conway. "Doug Jones in Alabama, folks, don't be fooled. He will be a vote against tax cuts," she said on "Fox & Friends" this week. When asked if she was telling people to vote for Moore, Conway said, "I’m telling you that we want the votes in the Senate to get this tax bill through."

Moore and his supporters have not, and likely will not, back down from the Senate race, despite the allegations. Moore has denied the accusations categorically and claimed he didn't know the women either. One pro-Moore pastor, Franklin Raddish, said that "more women are sexual predators than men," Salon previously reported. "Women are chasing young boys up and down the road, but we don't hear about that because it's not PC."

When reporters asked Trump about Moore's accusations after he seemingly endorsed him, the president merely said that Moore has denied it. "Well, he denies it.  Look, he denies it," Trump said. "I mean, if you look at what is really going on, and you look at all the things that have happened over the last 48 hours, he totally denies it.  He says it didn’t happen. And, you know, you have to listen to him also.  You're talking about, he said 40 years ago this did not happen."

When asked if he was going to campaign for Moore, Trump said, "I’ll be letting you know next week," per pool reports.

After the impromptu presser, Trump boarded Marine One. He was flown to Air Force One, where, per pool reports, Fox News was playing in the cabin.