The 5 most shocking things about Harvey Weinstein's alleged "complicity machine" 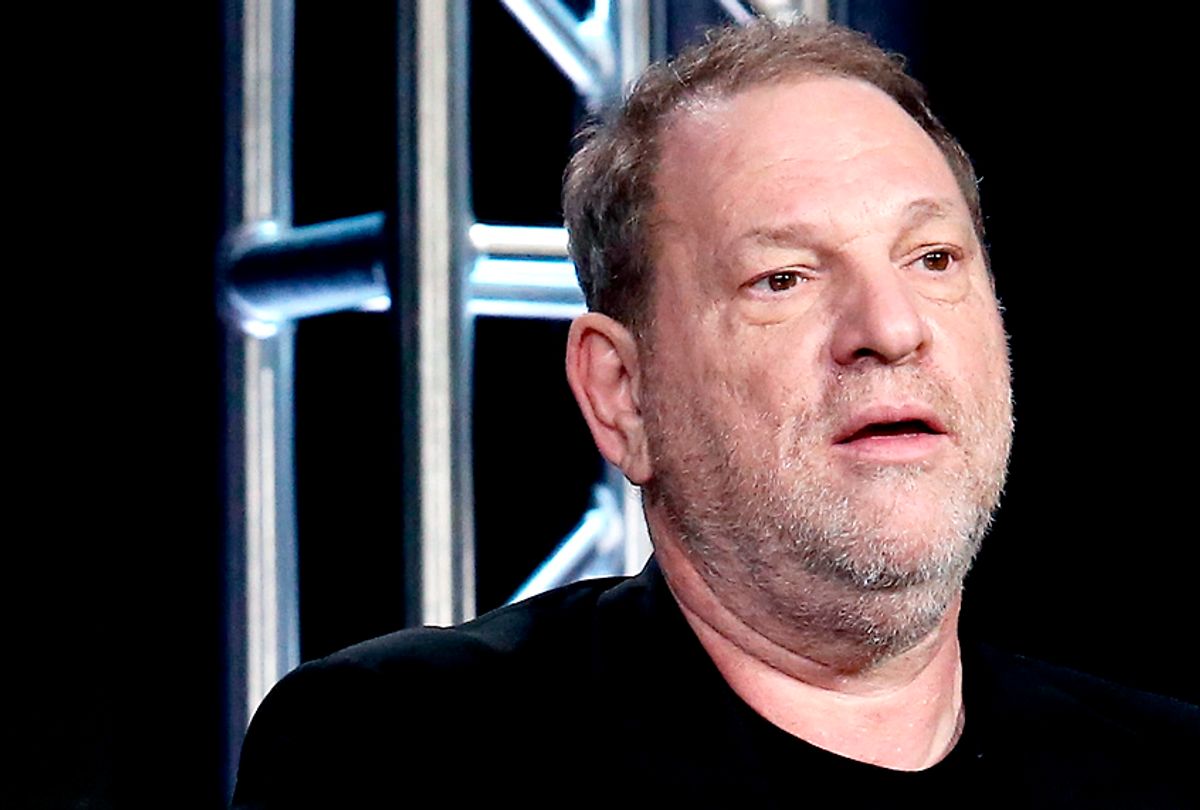 The mounting allegations against movie producer Harvey Weinstein opened the floodgates in Hollywood and elsewhere, revealing a systematic culture of men who had power preying on those who had little or none.

But Weinstein's story isn't just that of a catalytic moment for the movement that Time recognized in its Person of the Year issue. It's a still-unfolding tale of a master manipulator, one who had a large network of increasingly visible co-conspirators, what The New York Times calls in a bombshell report published Tuesday night a "complicity machine."

Working for the Times, Megan Twohey, Jodi Kantor, Susan Dominus, Jim Rutenberg and Steve Eder detail an alleged pattern of assistance or disregard that allowed Weinstein not only to abuse women sexually without punishment, but silence them as well. Players included Hillary Clinton aides, top talent agents, journalists and his own employees. Some of them were actively and willfully complicit, the Times reports. Others appeared to be threatened or coerced into cooperation.

What's clear is that the number of people who would have been in the position to have enough clear knowledge sufficient to stop Weinstein's alleged predatory behavior was larger than perhaps any would have expected. Weinstein, of course, continues to deny all accusations.

Here's what you need to know about the report.

"'I just want you to let you know that Harvey’s a rapist and this is going to come out at some point,'" Lena Dunham claims she told Kristina Schake, the campaign’s deputy communications director. "I think it’s a really bad idea for him to host fund-raisers and be involved because it’s an open secret in Hollywood that he has a problem with sexual assault.'"

Dunham said she also spoke to Adrienne Elrod, a Clinton spokeswoman who led celebrity campaigner efforts. Both women deny that Dunham mentioned rape, Clinton’s communications director told the Times. Dunham herself has been complicit in an attempt to silence and shame a victim of sexual assault.

Magazine editor Tina Brown also told the Times she had warned Clinton's inner circle  about Weinstein in 2008. "I was hearing that Harvey’s sleaziness with women had escalated since I left Talk in 2002 and she was unwise to be so closely associated with him."

Up until the accusations against Weinstein were first published, Clinton and Weinstein were planning a documentary TV series about her campaign, the Times reported.

2. Talent agents at Creative Artists Agency knew of Weinstein's alleged abuse and assisted in either covering it up or supplying him with women

"At least eight talent agents were told that Mr. Weinstein had harassed or menaced female clients, but agents there continued to arrange private meetings," the Times wrote. Clients of CAA told the Times that when they reported abusive encounters with Weinstein, they were told "That’s just Harvey being Harvey" or "to forget about it."

CAA provided a statement of apology "to any person the agency let down for not meeting the high expectations we place on ourselves." Weinstein also asked a CAA partner to "broker a meeting with a C.A.A. client, Ronan Farrow, who was reporting on Mr. Weinstein," the Times said.

3. Weinstein had a web of journalists working for him

The New Yorker first published the involvement of American Media Inc.'s Dylan Howard with Weinstein to help undermine accusers, Ronan Farrow reported. (Howard has now been accused of sexual harassment himself.) But David Pecker, chief executive of AMI helped Weinstein remain "untouchable" in the tabloid industry, the Times said. Weinstein was known as "F.O.P.," or "friend of Pecker." Reportedly, AMI tried to buy the rights to at least one of Weinstein's accusers stories, in a practice called “catch and kill."

Weinstein also had A. J. Benza, a former New York Daily News gossip columnist, on a monthly retainer. The Times reported that "the producer relied on [Benza] to promote his entertainment empire and sometimes punish rivals or deflect threats." A Weinstein spokeswoman told the Times the payments to Benza were for public relations work.

Weinstein "had book and movie deals with writers and editors at Fox News, The New York Post, Premiere magazine, Vanity Fair, Variety and elsewhere," the Times reported. "In Mr. Benza’s case, a book contract came immediately after he left The Daily News."

4. Some Weinstein employees were willfully complicit; others were threatened and coerced

"His brother and partner, Bob, participated in payoffs to women as far back as 1990," the Times said. And, "Some low-level assistants were pulled in: They compiled 'bibles' that included hints on facilitating encounters with women, and were required to procure his penile injections for erectile dysfunction."

Ashley Matthau, a dancer in a Weinstein film, said that in 2004, an assistant set up a business meeting with her and Weinstein and waited outside the hotel room while Weinstein masturbated on her. Matthau said she cried leaving the room, but the assistant "wouldn’t even acknowledge me," she told the Times. "It just seemed like a well-oiled machine." Matthau reportedly reached a settlement with Weinstein.

Employees told the Times the human resources department also functioned as a shield for Weinstein, rather than a resource for his employees.

Other employees described a culture of sabotage, spying and threats. Amy Israel, Miramax’s former co-head of acquisitions, told the Times, "As a spectator to the abuse you were silenced by the fear that you would become the next target," she said. "The only alternative seemingly was to quit — to throw away everything you had worked so hard for and walk out the door." She told the Times of an instance where Weinstein allegedly harassed her, too.

One assistant said she confronted Weinstein about arranging private meetings with women in his hotel room. "It’s not my job, and I don’t want to do it," she told the Times of what she said. She says he responded: "Your opinion doesn’t count," and that she was fired soon after.

"His modus operandi was always to try to find something on someone else," Irwin Reiter, who did finance and accounting work for Weinstein for 30 years, told the Times. Indeed, the Times reports that he told one employee that he knew her student-loan history, where her sister when to college and claimed that he could have her kicked out.

New York Times columnist David Carr, who died in 2015, received word about actor Rose McGowan's accusations against Weinstein while he was working on a profile for New York magazine in 2001, his editors told the Times.

"Several weeks before the article was published, Kroll, a private investigative agency that did work for Mr. Weinstein, provided him with some details of Mr. Carr’s reporting, according to a former Miramax executive who spoke on the condition of anonymity," the Times reported. "Mr. Carr wrote in the profile that Mr. Weinstein seemed to have 'near-perfect visibility into my notebook,' and told friends that Mr. Weinstein called him before publication to read a line he had written."

A spokeswoman for Weinstein said the claims were a "urban legend."