Another conservative speaks up, and echoes the refrain that the FBI is not pro-Trump enough for his taste 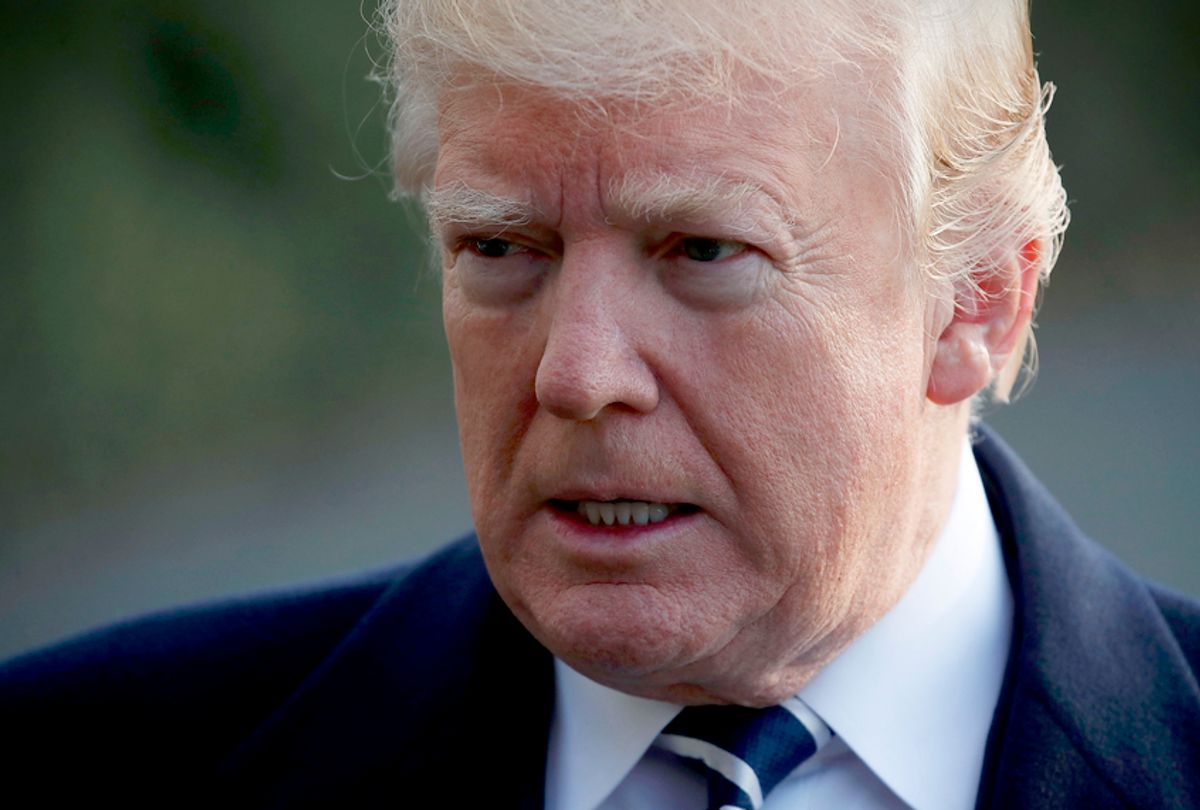 Fox News is actively encouraging President Donald Trump to behave like a tyrant.

On Wednesday, the network invited Tom Fitton, president of the conservative watchdog group Judicial Watch — known for promoting endless scandals in the Obama administration (including Hillary Clinton's emails) — suggested that the FBI is tainted, and perhaps should be culled.

"Forget about the FBI investigation into Clinton and Trump being compromised by these conflicts. I think the FBI has been compromised. Forget about shutting down Mr. Mueller. Do we need to shut down the FBI because it was turned into a KGB-type operation by the Obama administration?" Fitton said.

Fitton's diatribe may have very well reached President Trump's ears. After all, Fitton went on his rant on Fox News, and Trump is well-known to be an inveterate consumer of television news.

Fitton pointed to the infamous Trump dossier, which Fox News has tried to wipe aside and which was initially funded by anti-Trump Republicans.

This statement referred to reports from conservative media outlets like Fox News that Nellie Ohr, the wife of a Justice Department official, was hired by the opposition research firm Fusion GPS to investigate Trump during last year's presidential election (they later produced a controversial dossier that compiled rumors involving Trump's alleged connections to the Russian government). Bruce Ohr was subsequently demoted in the Justice Department's investigation.

While there were exchanges between FBI agent Peter Strzok and FBI lawyer Lisa Page that described Trump as "terrifying" and insisted that Hillary Clinton "just has to win," those sentiments were hardly unusual at that time. Even Republican Sen. Lindsey Graham, R-S.C., famously called Trump a "kook." Most notably, there was no evidence that either Strzok or Page compromised the investigation into Trump due to their pre-existing partisan sentiments.

Fitton is just the latest conservative to abandon the "law and order" priority, instead encouraging the president to thwart an investigation into his potentially illegal activities. Last week Fox News’ Judge Jeanine Pirro called for a "cleansing" of law enforcement officials who are investigating the president.

"There is a cleansing needed in our FBI and Department of Justice — it needs to be cleansed of individuals who should not just be fired, but who need to be taken out in cuffs!" Pirro proclaimed.

She added, "Handcuffs for Andrew McCabe, deputy director of the FBI. The man at the hub, protecting Hillary and attempting to destroy Trump."

Pirro also claimed that "the stench coming out of the Justice Department and the FBI is like that of a third-world country where money and bullies and clubs decide election. It all started with cardinal [James] Comey destroyed our FBI with political hacks to set events in motion to destroy the republic because they did not like the man we chose to be our president."