After accusing Chris Matthews of harassment, an employee was given "separation-related compensation" 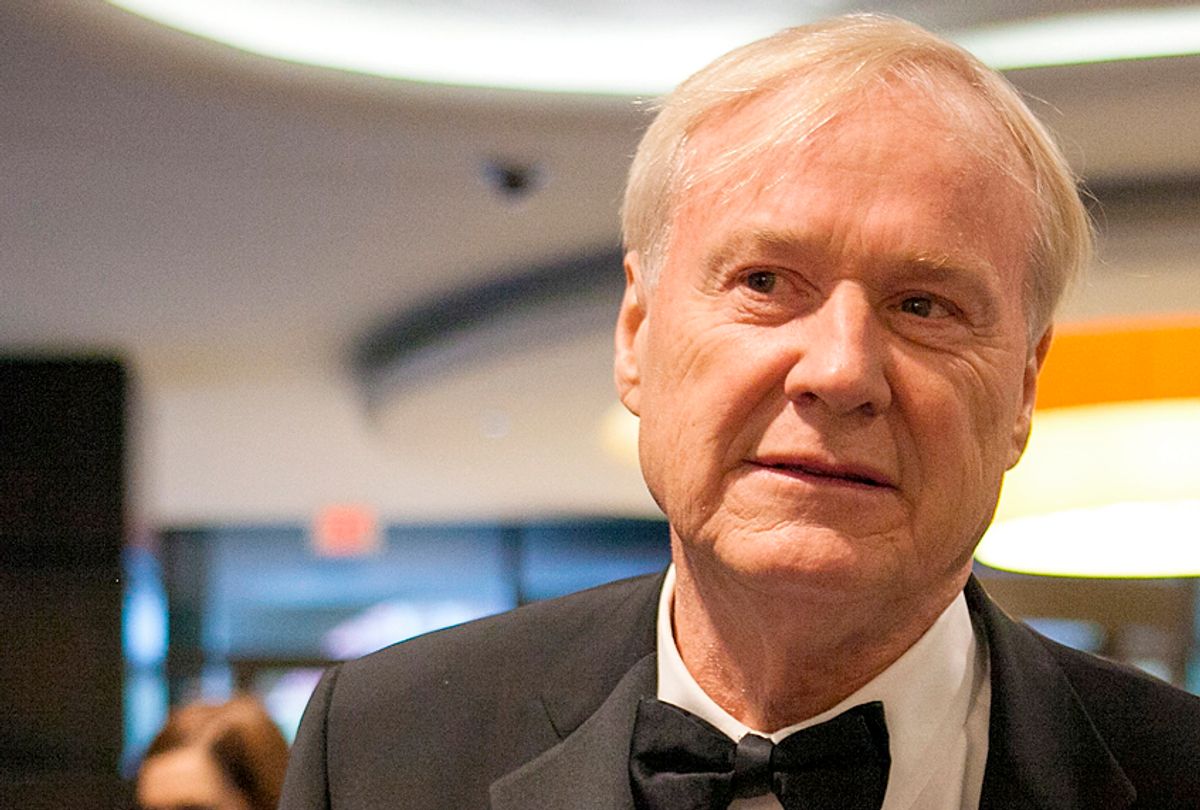 An MSNBC spokesperson confirmed to the Daily Caller this weekend that a former assistant producer of “Hardball” was paid by the network and then left the company in 1999 after reporting that host Chris Matthews sexually harassed her.

The woman reported to executives at CNBC, the former home of "Hardball," that Matthews made inappropriate comments and jokes about her in front of her colleagues.

The company claims it thoroughly investigated the allegations and acted by formally disciplining Matthews and paying the woman an undisclosed amount as “separation-related compensation.” Some have suggested the sum is $40,000.

She’s since gone on to work in major media companies. MSNBC declined to specify what the comments were, just that they were not propositions per se, but inappropriate nonetheless.

The spokesperson declined to comment on whether Matthews had received other complaints or whether the woman left the network specifically because of Matthews. The host himself has yet to make any comment on the report. Matthews has been the host of "Hardball" for 20 years.

NBC is not the only media network suffering from the recent slew of sexual-harassment charges. In November, Charlie Rose was fired from CBS after a pattern of sexual misconduct was revealed. In December, Tavis Smiley was suspended from PBS after unspecified sexual misconduct allegations were made against him.

As well, Fox News fired Bill O’Reilly in response to the the public revelation of numerous allegations. It was later revealed that O’Reilly had a clause in his contract for protecting him against termination due to sexual-misconduct accusations.