Ending "One Mississippi" and "I Love Dick," Amazon cancels its way to the mainstream

The critically acclaimed shows are out, but what is in? 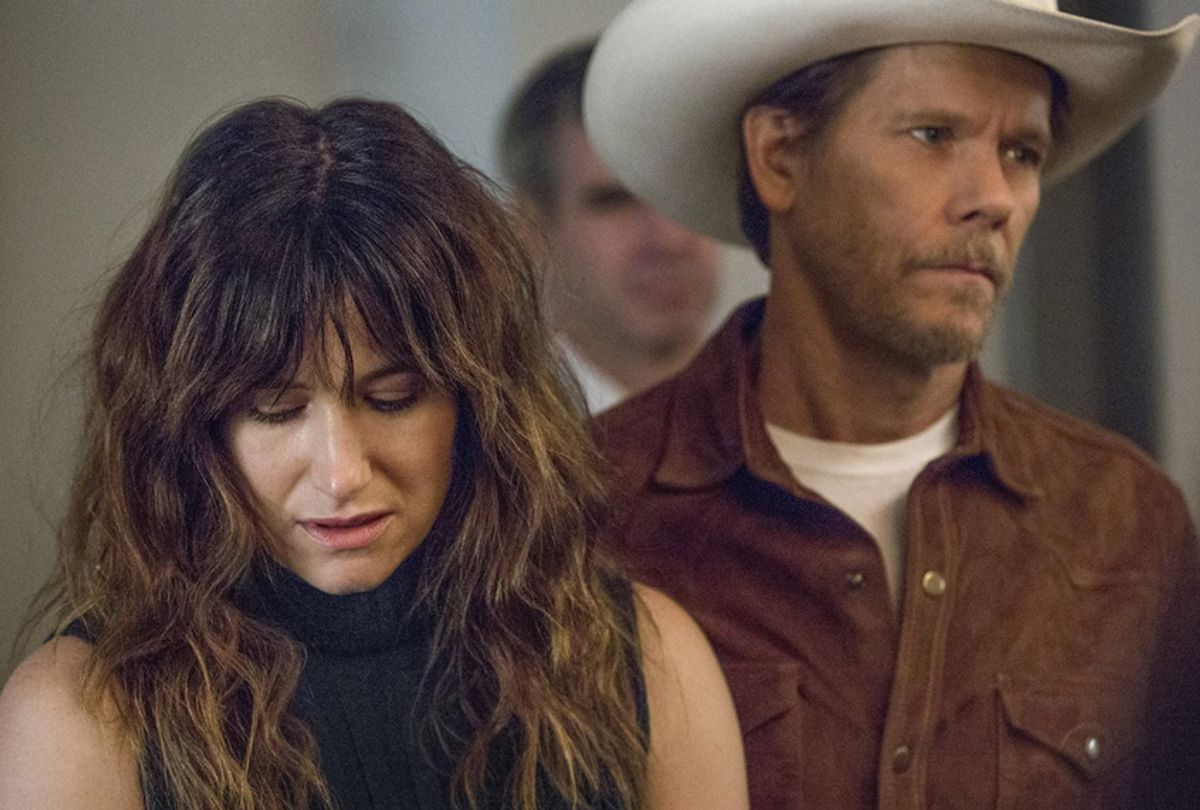 Kathryn Hahn and Kevin Bacon in "I Love Dick" (Amazon)
--

According to reports from Deadline and elsewhere, Amazon Studios has canceled a small slate of original programming series, including the critically acclaimed titles "I Love Dick," "One Mississippi" and the just-premiered "Jean-Claude Van Johnson." An unconfirmed, inside source told Deadline that "this is part of a move towards bigger, wider-audience series."

Whether or not that source can be trusted, it's hard not to see the cancellations as amounting to exactly that. "I Love Dick," an adaptation of the Chris Kraus novel of the same name, helmed by "Transparent" creator Jill Soloway and starring Kathryn Hahn and Kevin Bacon, was always a brilliant bit of content with an admittedly narrow appeal. It wasn't truly a traditional television series, Salon's Melanie McFarland wrote, but rather an "atypical viewing experience, a collage composed of cinematic aesthetics combined with elements of serialized television and indie film."

Atypical as it was, "I Love Dick" was still arresting, excellent and unapologetically feminist — a welcome addition to the Prime Video slate already anchored by Soloway's fierce and inclusive "Transparent." Now, with the future of "Transparent" in doubt due to star Jeffrey Tambor's alleged pattern of sexual misconduct, and "I Love Dick" officially over, Soloway's perch as Amazon's leading, if very particular, creative voice seems in question. (It should be noted that "I Love Dick" did reach a kind of narrative conclusion in its first season, one that did not require a second on solely creative terms.)

Created and starring comedian Tig Notaro, "One Mississippi" too was a sometimes uncomfortable, consistently sharp offering, one that delved into cultural conflicts, the often unexplored, sometimes toxic spirit of the South, queer issues, family ties and illness. It was not middle-of-the-road fare by any means, even if it was quality viewing. With Louis C.K. removed from its producing team for his own sexual-misconduct issues, there was sincere hope and possibility for a third season. In losing "One Mississippi," Amazon lost a strong, smart and wonderfully deadpan lesbian voice.

While the two shows above represent a sort of sharp, pointed progressiveness, "Jean-Claude Van Johnson" — which only debuted a month ago and centered on aging action star Jean-Claude Van Damme as a fantastic, farcical version of himself -- didn't fall into the mainstream because of its sheer weirdness. Alive and odd, it demonstrated how inventive and bizarre TV can be when left to its own devices. Amazon looks all the poorer for having lost these three shows with admittedly long-tail appeals.

Surely, there are financial calculations here. All streaming services, which sink more money into original content than they make from it, will eventually have to pay the piper and tack ever more toward the middle to create actual, true revenue. Amazon's massive purchase of the broadcast rights to a new adaptation of J.R.R. Tolkien's "The Lord of the Rings" saga speaks to the studio's need for a "Game of Thrones"-type windfall. It is just a shame that it often seems that smaller voices with unusual things to say may indeed have been crowded out in pursuit of a broader appeal and a larger subscriber base.