Have your funeral before you die

My friend didn't wait till she passed to have a great memorial. More of us should be scheduling our own wakes 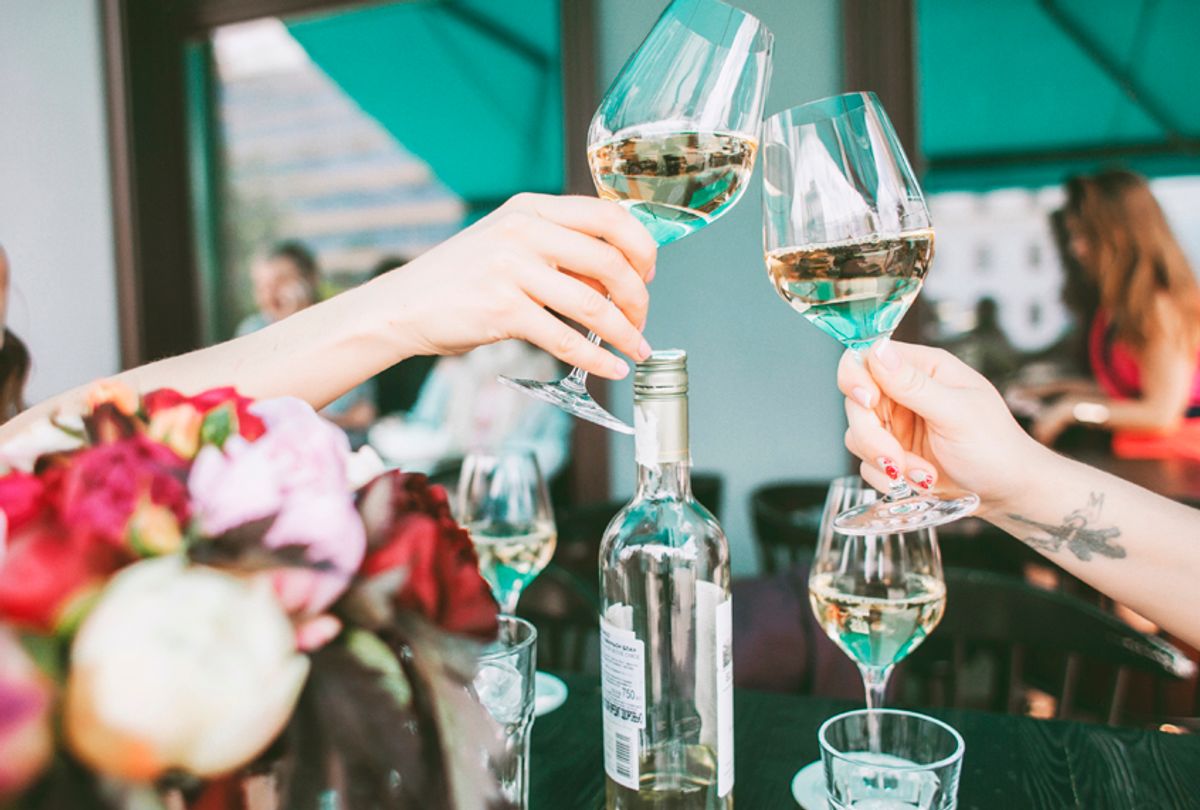 A few months ago, I attended one of the best memorials I've ever been to. It was a glorious, sunlit afternoon full of friends and music. It was just weeks after my friend Jessica's birthday. And a month before she died.

Life doesn't often give us the luxury of being able to ballpark our date of departure. When a male friend died suddenly last winter, I grieved not just for him but for all the things I hadn't said in our final conversation, a conversation that presumed there would be others to follow. But when a person is facing a certain fate, I wonder why more people don't throw a party like Jessica's.

We had met in a cancer support group when we were both in treatment. Last spring, six years after being diagnosed with ovarian cancer, her doctor said she presented no evidence of disease. We went out for a celebratory brunch, toasting the good fortune we shared. Six months later, she was gone.

It had been a summer in and out of urgent care. Of diminishing hope, and increasing doses of pain medication. She talked about having a small birthday party with the deepening awareness that it would be the last one she would ever throw. When the day came, though, she had to be rushed to the hospital, and her guests arrived to an empty home. That's when she decided to turn the event into something else. "I want to get everybody together. I want to hear all the nice things," she said.

It was a stellar crowd. There were brownies and wine for the guests and an IV drip for her. Her niece read the emails from the people who couldn't be there in person. Her husband said that he hadn't known when he met her she'd be the love of his life — it had taken that whole first evening to be sure. We gathered around a piano and sang "Space Oddity." Her doctor said he'd never had a patient who'd done anything like it. I hope he has more.

We live in such an exasperatingly death-denying culture. I have had family members refuse to talk to me while my college roommate was dying, because it was too painful a topic. For them. When I had a rapidly fatal form of cancer, I had friends who insisted I was going to survive, and who made me feel like I'd be letting them down if I didn't. We describe the natural and inevitable end of life as "losing a battle." Yet I am keenly aware that my death was not averted. It was simply deferred for another day. Just like everybody else's.

Over the holidays, a dear New Orleans friend received the devastating news that a loved one had received a diagnosis of a fast moving cancer, and would likely only have a few weeks to live. She and her boyfriend knew they couldn't do anything to stop his disease. So instead they did what they could — and tweaked time a bit. They flew to his hospital and shared an intimate, early Mardi Gras. He couldn't eat king cake or Zapp's voodoo-flavored chips, but he could listen to traditional jazz with them from his beads-festooned bed. He died the next day. Now, when Fat Tuesday rolls around, my friend says, "I guess we'll be the ones parade-watching through floods of tears."

Preparing for death becomes even more fraught when the person involved decides to take an active hand in the process. Four years ago, cancer patient Brittany Maynard went public with her choice to bow out surrounded by loved ones and assisted by medication in Oregon, a state with a compassionate assisted-death law. Critics scolded her for seemingly defying "God's will," but I have to question where God stands on the ways in which medicine and technology too often prolong suffering.

The issue of assisted death became news again last year, via a viral New York Times story about a Canadian man named John Shields and his final mission to show that "dying openly and without fear could be his most meaningful legacy." Unlike my friend Jessica, the 78-year-old Shields opted for a "cocktail of lethal medication" for his last act. But like her, he had a party first, a living wake featuring tributes and song. He and his loved ones gave each other the gift of a good goodbye. In a similar vein, before Aaron Purmort died in 2014, he and his wife, Nora McInerny, collaborated on his hilarious, beautiful obituary.

What if, whenever possible, we leaned in toward mortality a little more? What if we stopped pretending, until the last breath was drawn, that it was all going to get better? What if we gave the experience some space, not just for ourselves to grieve, but for the person who's dying to grieve too? It would mean dropping the traditional brave warrior narrative, and adopting a new understanding of what courage looks like. It sure isn't a state of denial. It takes unbelievable gumption and heart to say, this is it, so hold me and tell me you love me. It takes strength to invite death in and to know when to stop raging against the dying light. To not put on a happy face and not to make any more plans together and just sit with the truth that one of you is leaving.

Jessica and I talked several more times before the early November morning she peacefully slipped away in her own bed. "This is going to suck," she told me one brisk weekend afternoon as we sat on her couch, before adding, "Then I'll die, and it'll be OK. Somehow it'll be OK, for all of us." And it is. It hurts, though, sometimes unbearably. When my daughter was in the emergency room a month ago, I found myself sobbing in frustration because I couldn't call Jessica. We had told each other everything there was to say before she died. Yet I keep having new things to tell her, just the same. But I don't have to wish I'd told her that she could throw a hell of a blowout, or that if I get the chance to host the same kind of party someday, I absolutely will. Because that she knew already.