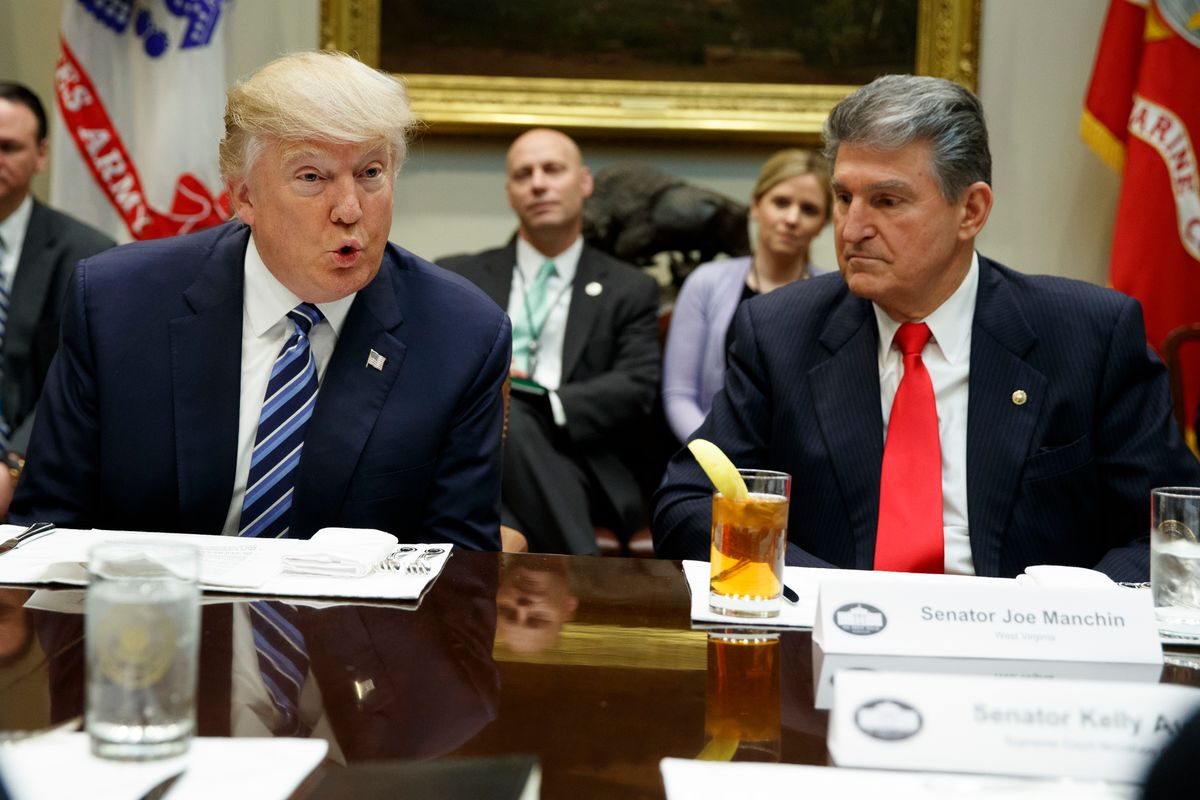 On Sunday's "Meet the Press" host Chuck Todd asked Manchin about the recent report in the New York Times which revealed Trump ordered Mueller's firing back in June, but that it was only halted after White House lawyer Donald McGahn threatened to resign. Of course, Mueller is leading the ongoing investigation into the Trump campaign's alleged ties to the Russian government.

"What's your reaction to the president's reported order to fire Bob Mueller? How much does that concern you?" Todd asked.

"Again, that's New York talk," Manchin replied. "I look at it strictly as the New York language that they have which is different than most other people."

Confused, Todd asked how that's an example of "New York talk" and referenced that he understands it's a reelection year and that he has "to be anti-New York in West Virginia."

A slightly amused Manchin responded to Todd's insinuation, "No."

Manchin then went on to defend Trump and explained that the president has been so used to his past private business life in real estate, so he's "having a hard time."

"Chuck, here's the thing, you have a person who's the president of the United States that has been totally in control of his life, personally and his professional. He's been very successful," Manchin explained. "He's been able basically to either do things incentive-wise through checks, bonuses, money or organization or organization changes, things of this sort. He's had total control."

He added, "Now all of a sudden he's understanding there's equal branches and there's equal powers. But also there's checks and balances."

"He's having a hard time with that. Hopefully I think that'll all come," Manchin continued. "But right now what you hear saying and what he's going to do. Let's see if he moves on [Deputy Attorney General Rod] Rosenstein.

Trump, of course, denied reports that he tried to fire Mueller, and by downplaying the action, Manchin yet again finds himself separated from his own party, and on the same side as conservatives and pro-Trump media coverage.

But conservatives have often thought nothing of Trump's rhetoric, as he has survived several instances where embarrassingly crude private comments were made public, including the infamous "Access Hollywood" tape, and his recent reported racist remarks about "s**thole countries."