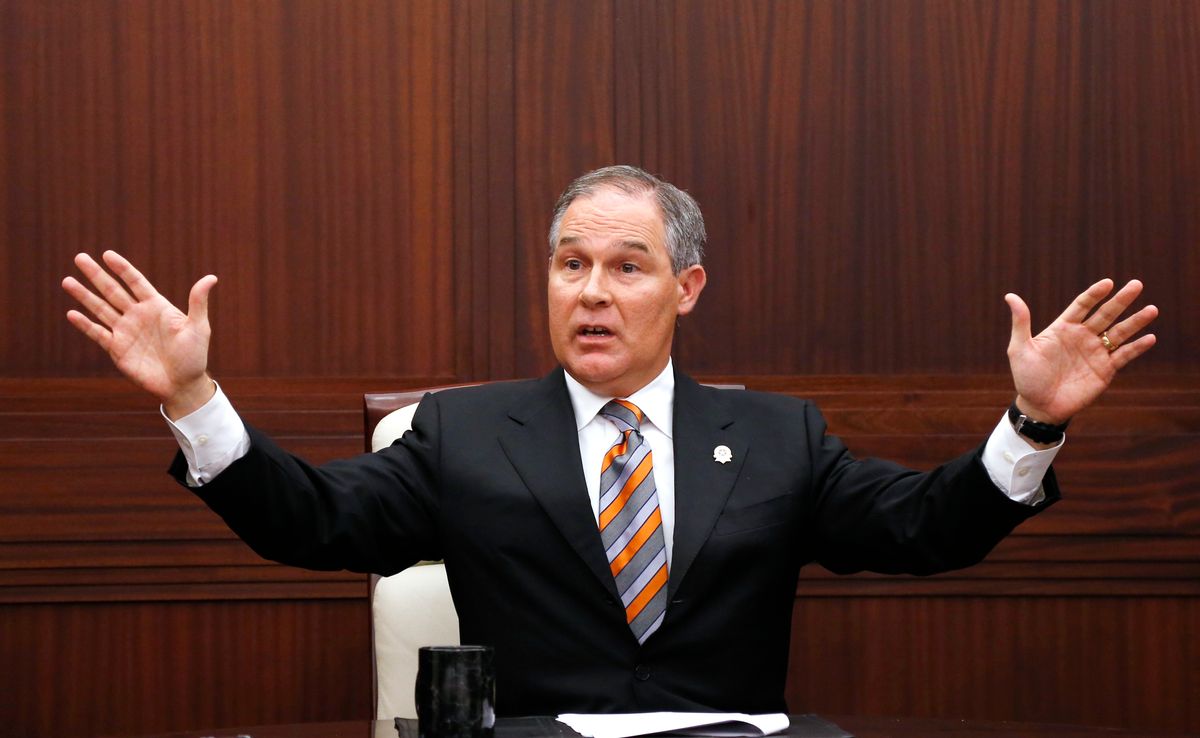 In the past year, the Environmental Protection Agency has methodologically removed references to climate change and the long-term effects of carbon pollution on the environment from the EPA website. According to a report, that purge was not only intentional, it was partially orchestrated by EPA Administrator Scott Pruitt.

The internal messages from April 2017 were released this week due to a Freedom of Information Act request filed by the Environmental Defense Fund, according to CBS News. In those messages, employees said that Pruitt wanted updates to the EPA's website to be completed as quickly as possible by the career staffers. He even offered specific suggestions about what he wanted to see.

"We need to start building an updated page for the clean power plan ASAP with the goal of having it go live sometime on Monday. Is there any way we can get a little time put in on this project over the weekend so that we're off on the right foot on Monday morning?" Pruitt wrote.

Those emails were part of a larger series of changes that included removing data regarding man-made climate change, which Trump and Pruitt have both long denied exists. Among other things, this philosophy caused Trump to eliminate the climate change page from the EPA's website in January 2017, pursue a policy wish list on environmental issues recommended to him by a powerful energy executive and pull America out of the Paris climate accord. Pruitt himself has been criticized for regularly meeting with energy executives.