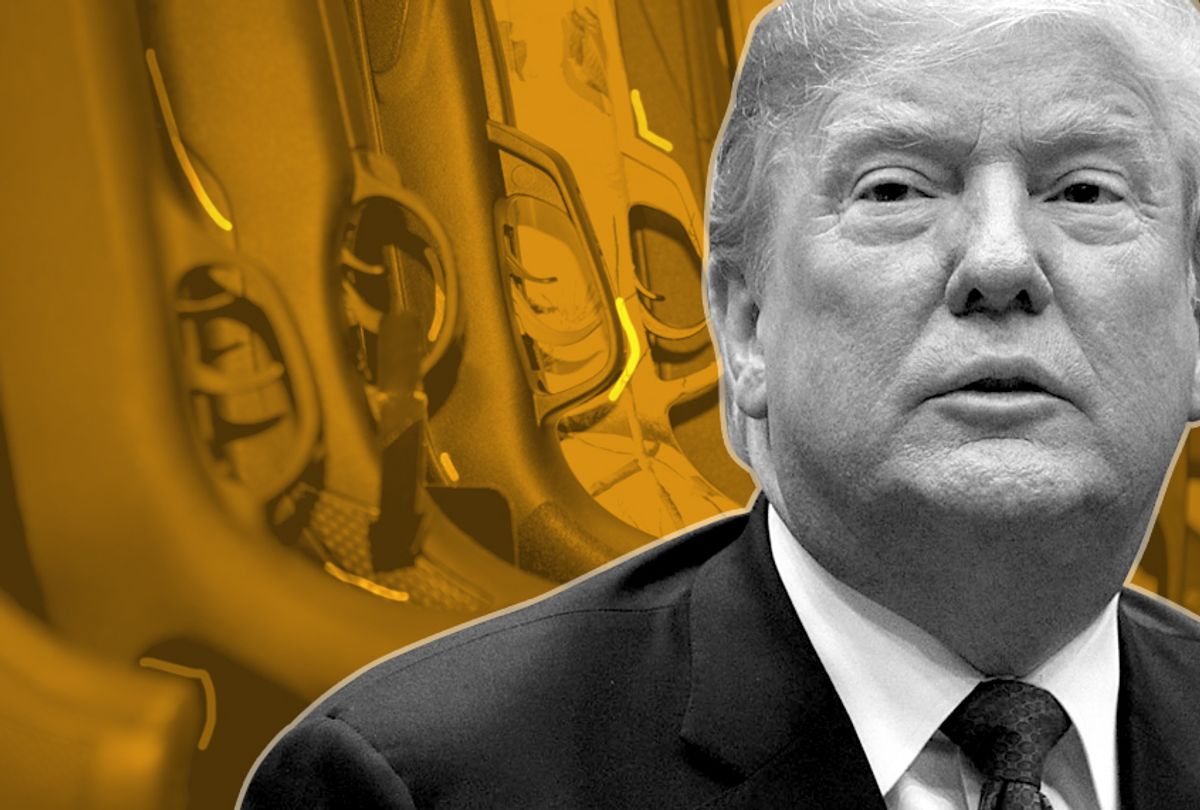 President Donald Trump is weighing his options on how to, if at all, take action on gun control in the wake of the most recent mass shooting in America.

A source close to the president told Axios that Trump has privately expressed to others that high school students shouldn't be able to buy guns and that he is open to the idea of raising the age limit from 18 to 21 for guns similar to the one that was used in the Valentine's Day shooting.

The shooter used an AR-15, a semi-automatic assault rifle, but further details about what weapons this new law would apply to are not currently clear.

"We have to do something. We've got kids dying," Trump has reportedly said in private discussions.

But Axios said that Trump's discussions were "relatively loose and open-ended," meaning nothing has been solidified. Under Trump, that means anything is subject to change on a dime.

On Tuesday, Trump announced on Twitter that he would focus on strengthening background checks, but what that policy or policies would entail is still anyone's guess. After all, just a few days ago on Twitter he blamed the Democrats for the nation's lack of gun regulations.

"The president has expressed his support for efforts to improve the federal background check system, and, in the coming days, we will continue to explore ways to ensure the safety and security of our schools," White House Press Secretary Sarah Huckabee Sanders said at Tuesday's press briefing.

Facing a wave of demands from advocates for increased gun laws — the loudest of those voices coming from the students who survived last week's tragedy — the White House seems to be advertising itself as open to discussions and debate about the topic. But Trump has an extensive relationship with the National Rifle Association.

"I don’t have any specific announcements, but we haven’t closed the door on any front," Sanders continued. "Again, that’s the next several days and weeks will be — to have conversations and to see what this process looks like, and to see what areas we can help make changes to, and in what places that we can do better."

She added, "I know background checks are something that the president is supportive of making more efficient and looking at better ways to improve that process. And we’re going to continue to look at a number of other factors as well."

Any details about what Trump would or wouldn't support are certainly murky and always subject to change, but the mirage of being open to talks is something the White House needs right now in the wake of several scandals. It's also important that the Trump administration at least appears willing to hear the concerns of students, as the president is scheduled for a listening session with students from Marjory Stoneman Douglas High School late Wednesday afternoon.

In the end, he'll likely toss gun control advocates a small bone, pat himself on the back as a bipartisan messiah and weather the storm until the next tragedy strikes. Or he'll do what the Republican Party has pledged to do for years: nothing.