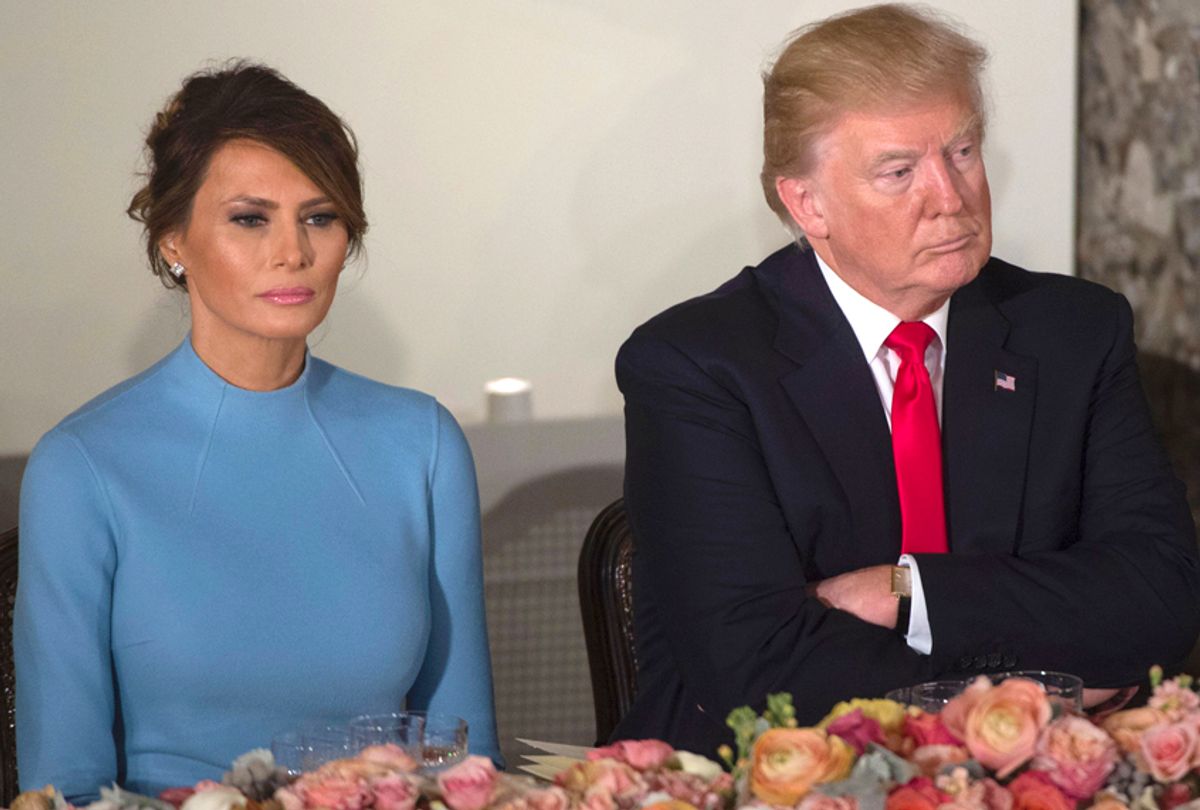 When it comes to so-called chain migration — a demography term recently turned into a right-wing slur to insinuate that immigrants to the United States cunningly exploit their immigration status to allow relatives to piggyback on their migration — President Donald Trump has taken an oppositional stance, calling many times in person and on Twitter for America to "end chain migration."

Yet a new report speculates that it is likely that Trump's in-laws may gain citizenship due to the rules regarding chain migration that Trump himself has often attacked. First Lady Melania Trump is herself an immigrant, having migrated to the United States in the mid-1990s; her family is from Slovenia.

Matthew Kolken, a partner at a New York immigration law firm, said there are only two substantive ways Trump’s in-laws could gain green cards: by their daughter sponsoring them or by an employer sponsoring them. The latter is unlikely, as it would require a showing that there were no Americans who could do the job for which they were sought.

Both the Knavses are reportedly retired. In Slovenia, Viktor Knavs, now 73, worked as a chauffeur and car salesman. Amalija Knavs, now 71, was a pattern maker at a textile factory.

The Knavses’ immigration status has become a source of public scrutiny since Trump began to rail against chain migration, which the White House describes as the process that occurs when “newcomers are admitted to the United States based on family ties and distant relations, as opposed to a merit-based system that selects newcomers based on economic and national security criteria.”

Trump has said that this policy harms America’s “national security.”

“We need a 21st Century MERIT-BASED immigration system,” Trump tweeted on Feb. 6. “Chain migration and the visa lottery are outdated programs that hurt our economic and national security.”

“Under the current broken system, a single immigrant can bring in virtually unlimited numbers of distant relatives,” Trump said during his 2018 State of the Union address. “Under our plan, we focus on the immediate family by limiting sponsorships to spouses and minor children. This vital reform is necessary, not just for our economy, but for our security, and our future.”

Melania Trump’s parents, Viktor and Amalija Knavs, are currently living in the U.S. on green cards. Michael Wildes, an immigration attorney who represents Melania and her family, confirmed that to the Washington Post.

“I can confirm that Mrs. Trump’s parents are both lawfully admitted to the United States as permanent residents,” he said. “The family, as they are not part of the administration, has asked that their privacy be respected so I will not comment further on this matter.”

According to a separate unidentified source who has “knowledge of the parents’ immigration filings,” Melania Trump's parents are waiting for their swearing-in ceremony.

Add this episode to the ever-increasing list of Trump's ideological hypocrisies, which rarely seem to make a dent in his supporters' perception of him.