Coming out on the Disney Channel: Meaningful progress for the network on "Andi Mack" 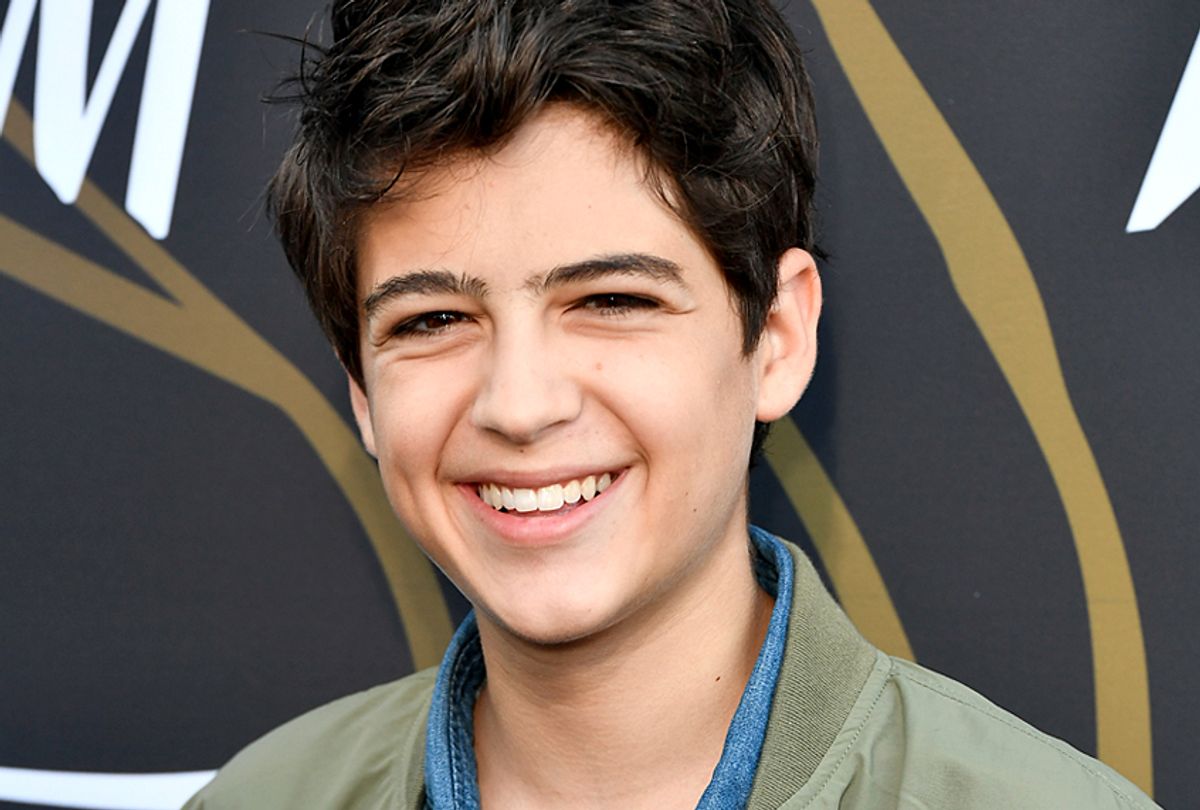 It's not as if the generation of kids who grew up on "High School Musical" didn't know about Ryan. And there were those  two moms who briefly showed up on "Good Luck, Charlie" four years ago. But unbelievably, Disney Channel has never had an openly gay regular character — until now.

Last fall, the network announced that on its popular tween series "Andi Mack," the title character's friend Cyrus Goodman would be  would be coming out over the course of the new season. For Cyrus, the arc was similar to the one taken last year by Elena on the Netflix reboot of "One Day at a Time" — a believable process rather than a ratings-grabbing plot device. When Andi has a crush on a boy, teenaged Cyrus realizes he has feelings for him as well. As Amber Leventry wrote last fall in Babble, "My hope is that gay kids everywhere can live without shame, fear, or the need to write in code when telling their diary about their crush."

On Thursday, Joshua Rush, the actor who plays Cyrus, opened up to People about his groundbreaking role, saying, "I think the most important thing for me when I got this part was to do it right. I knew that I wanted to do it justice, because I knew that people were gonna end up seeing this and being like, 'Wow that’s me, I identify with that [and] I can be who I am now.' But I also wanted to make sure that it’s not all-encompassing. Like that’s not all of Cyrus’ personality."

In developing the Cyrus storyline, the Disney Channel worked with several organizations including GLAAD, PFLAG and Common Sense Media, to assure accuracy and sensitivity weren't sacrificed for entertainment. It's an indication of how the children's channel has come in a relatively short span of time.

Twelve years ago, "High School Musical" cast member Lucas Grabeel said, "It's Disney Channel so I'm not really gonna be gay, but I mean, yeah, right?" Just four years ago, the peripheral nod to the existence of gay people by "Good Luck Charlie" provoked death threats against its then five-year-old namesake. This time around, the presence of a gay character has been met with little controversy and plenty of support.

Friday's episode of "Andi Mack" will focus on Cyrus as he marks his bar mitzvah, because gay characters don't have to be fodder for Very Special Episodes and Teachable Moments only. "The work that I’m doing is really helping people," Rush told the Daily News on Friday. "It’s reminding people that they matter."